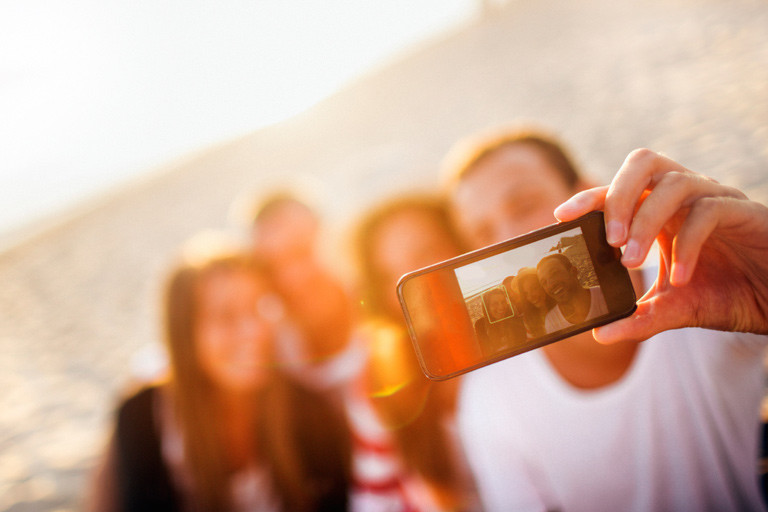 Dudes. We need to talk. Specifically, we need to talk about your profiles on Tinder, a newish thing in the online dating space: an iPhone or Android app (weeding out those pesky Blackberry users) that circumvents the endless “my idea of a great first date” answers as you trudge through online dating profiles. Pulling data from Facebook, Tinder displays your first name, age, up to six pictures, a short bio/blurb, and shows any Facebook friends or interests you have in common with the person you’re looking at (judging). You choose your geographical and age ranges, and simply swipe nope (left) or liked (right) on people’s faces. The key is no one can send a message until you’ve both done a right-swipe, which cuts down on a lot some of the “nice tits” opening lines.

So, with all that in mind, appearances matter on Tinder. It is literally all we have to go by, aside from the minority who actually write a bio/blurb (most guys just list their height, or list their height and a bitter comment about how all girls ask about it so they may as well get it over with). You can choose any six pictures you want, yet the weirdness below keeps popping up in my feed. Here are four of the worst types of Tinder profile photos.

1. Where’s Waldo? Okay, so there’s a group shot where you look awesome. I’m happy for you. However, that should not be your first picture. If it is, and the next three pictures are also group shots, that’s a quick trip to Nopeville. I am not trying to play “I hope it’s the cute one,” figuring out who the common link is in all these pictures. Maybe you’re just a really social person, but if that’s the case, ask one of your friends to set you up.

2. Gym Selfies/Duck Face. I was discussing the plethora of shirtless gym selfies with a guy friend who also Tinders, and we decided it’s the equivalent of the ladies’ duck face selfies. We even traded phones and Tindered for each other for a while (group Tindering is the best Tindering). I used to think that online dating was a lot harder for women, but after a few minutes of flipping through female profiles on his behalf, I have some doubts. I like to imagine these over-tanned, orange-hued guys and gals are just left-swiping until they find each other, but they are clogging up the feed for the rest of us.

3. Firearms. Yes, you read that right. I have seen enough men pictured with firearms to blog about it. Sometimes they are at a shooting range, other times they are in the woods. My personal favorites are accompanied by some sort of animal carcass. Listen, if guns are your thing, that’s your business, but trying to attract a lady while posing with a deadly weapon probably isn’t the best plan.

4. Avatars/Cartoons/Landscape/??? Some not-so-brave souls (or technologically-inept idiots) don’t even include pictures of themselves. They feature a cartoon character, a lovely shot of Banff, some crappy motivational quote, or no photos at all. On a picture-based dating app. Life: you’re doing it wrong.

Here’s the thing: online dating (and most dating in general) is appearance-driven, at least at the start. That doesn’t mean everyone has to look like a model, but it is about putting your best foot forward. I make sure I have a good mix of recent pictures that accurately show who I am (I kind of have to, since my hair changes more often than Prince’s name), and I expect the same. It’s really just common courtesy. Oh, and while you’re at it, displaying your actual age would be nice, too.

filed under: dating, dating diaries, tech
< The Ethics Of Cheating: Would You Own Up To An Affair? Why Finding Your Soul Mate Might Not Be So Awesome After All >