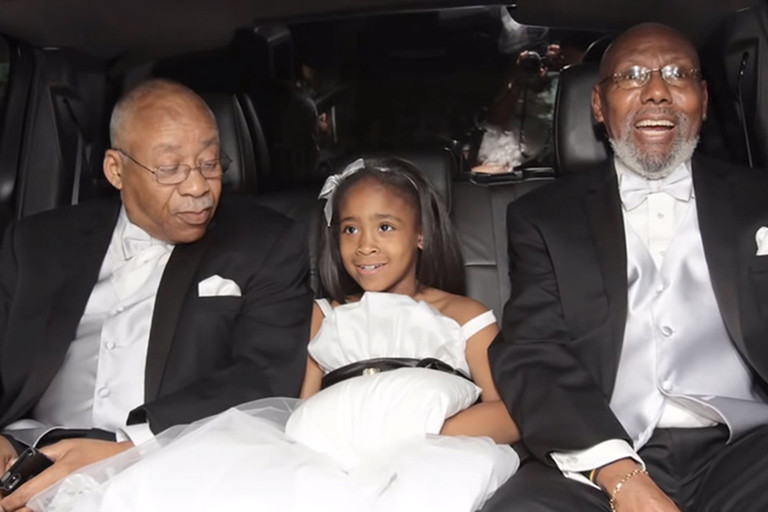 WATCH: The Epitome Of True Love

The men became friends way back in the day and, as Dr. Jones explains it, “before either of us knew it, we were actually in love.”

The two have been together for 46 (and a half) years.

When Dr. Jones was sent Vietnam as a psychologist during his first year with the military, the men stayed in touch by writing letters to each other every day — “using codes,” adds Mr. Duckett, to make sure there was nothing in their correspondence that would “out” Dr. Jones.

The two have shared many life experiences. When Dr. Jones returned from Vietnam, they adopted a three-month-old baby boy. Their son, Alex, is all grown up now and has a daughter of his own. But it wasn’t until June 2013 that the men exchanged vows and became a married couple.

Their adorable granddaughter had the honor of being the flower girl at her grandfathers’ wedding.

“I don’t know where I stop and he begins,” says Dr. Jones of his husband. If that doesn’t melt your heart, this video of the couple sharing their love story is sure to do the trick.

filed under: LBGTQ, marriage, video
< When’s The Right Time To Put Down Your Relationship? How To Keep Your Partner Out Of The Friend Zone >