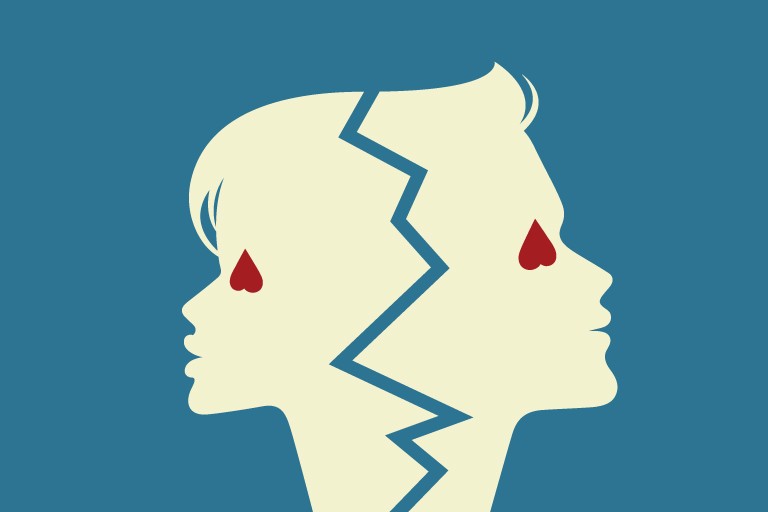 When’s The Right Time To Put Down Your Relationship?

Our first family dog, Riley, was a psychotic piece of work. I paid an outrageous amount of money to an animal therapist who insisted that Riley was not the problem. Rather, it was my lack of leadership skills and my refusal to feed Riley a raw meat diet that was at issue.

But after several more months of being held hostage in my own home and dressing the bite wounds of my kids, I sought a second opinion. This trainer did a thorough evaluation and concluded that Riley had zero bite inhibition, was most likely inbred, and would probably kill someone one day. She suggested Riley be put down (we sent him back to the Mennonite farm instead).

Sure, I could have re-mortgaged our house and squandered our kids’ college fund to hire the Dog Whisperer full-time to straighten Riley out. But getting that mutt out of our house was a damn good decision. Riley’s replacement is Jessie. Best damn family dog in the whole wide world. I intend to grow old with Jessie.

Letting go of my relationship with Riley has made me think of all the stories I’ve been hearing recently about people who are sitting on the fence about whether to euthanize their relationship or continue to invest physically, emotionally and financially to keep it on life support.

God, it’s a hard choice. And there is no one right answer. Some people feel their marriage vows are sacred and will fight to the bitter end to honor them. In their view it is a sign of failure to seek a divorce and will pull out all the stops to prevent it. They believe that what is broken can be fixed. Just because all the King’s horses and all the King’s men couldn’t put Humpty Dumpty together again, it doesn’t mean the same heroic efforts can’t fix their relationship.

The problem of course is when two partners hold opposing points of view. Expectations are broken, fingers are pointed and the only winners are the marriage counselors and divorce lawyers.

14 months is the time I have in my head for how long I would try to save my marriage if things started to go south (hopefully it will never come to that). Given my husband and I have been married for close to 25 years, it would seem rash to pull the plug after a bad day, week or month. But once we limp past the one year mark, I think I would rationally assess whether something has shifted so irrevocably in our relationship that it was time to take it off life support.

I’ve witnessed too many people hold on for dear life to what they have–even when it’s not what they want or need. I’ve seen too many people live in anguish, being cut slowly one piece of flesh at a time until their heart is completely severed. I’ve seen couples get old together wishing they had died long ago. I don’t want to be a part of that couple.

Sometimes it’s just best to put the relationship down. Mourn the loss. And move on.

filed under: advice, marriage, pets
< What Every Couple Needs To Know About Arguing WATCH: The Epitome Of True Love >