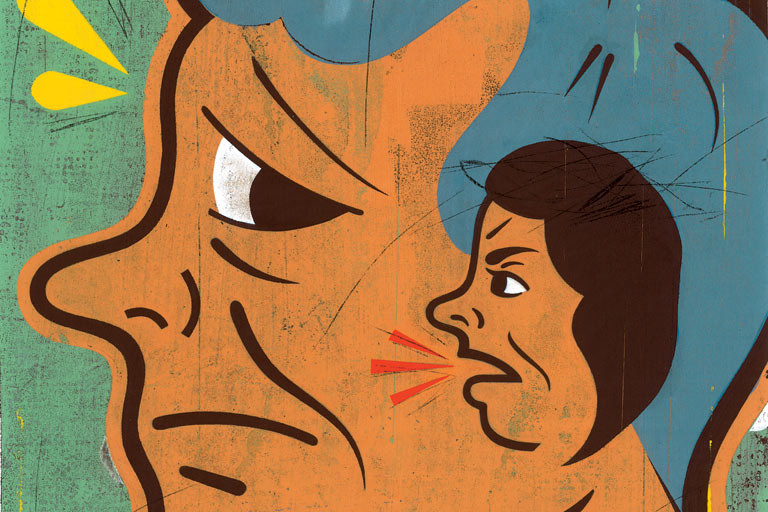 The Miraculous Thing That Happened When I Stopped Nagging

My worst nightmare has come true: I’ve become a a nag. I didn’t start out as a full-blown nitpicker, but after moving in with my boyfriend, my inner nag reared its ugly head: Don’t you think it’s time to clean out the shed? Another video game?! Why do you have to keep eating that crappy cereal when there are plenty of healthy leftovers in the fridge? With a baby on the way, however, I decided it was time to stop before it did any permanent damage.

The first step was admitting I had a problem. So I owned up. “I know I can be a nag,” I said out of the blue. At first the live-in boyfriend (LIB) looked confused, like he was being lured into a spider’s web. “I mean it,” I insisted. “I know I can get on you about things, but I’m going to do my best to stop.”

The second step was getting to the root of the problem. Contrary to what men might think, women don’t nag for the sake of nagging. After some serious soul searching, I came up with some triggers: a) I’m not getting enough attention. Instead of coming right out and admitting that I’m feeling unappreciated, my defense mechanisms kick in and the venom starts firing. b) When something is important to me, I expect it to be important to him. If it’s not catapulted to the top of his to-do list, I get annoyed and go into attack mode. c) Compatibility differences: I’m a minimalist; he’s a pack rat. I’m organized; he’s a procrastinator. This is a constant source of stress.

The final step was getting LIB to understand those triggers. I drafted and emailed him a quiz, which–after some nagging–he finally replied to. I scanned his answers to make sure he understood my frustration (check), my motivation (check) and my future intentions, namely that I was bent on becoming a sweet, supportive partner (check). Okay, he got me. So, why did he do things to drive me crazy? “You know, you do things that annoy me too,” he replied, “but you don’t see me nagging or trying to change you.”

He was right. Rather than try to change him, I would try to change my reaction to him. The next couple of weeks were tough, but I did my best to keep the questioning to a minimum. Ditto for the obvious eye roll at the sight of yet another empty cereal box. But just when I seemed to conquer the beast, a strange thing happened: LIB went grocery shopping without buying a single box of sugary goodness, opting for bananas and strawberries instead (gasp!). The following day, I walked into the shed and nearly had a heart attack. It was organized–uber organized! But even more surprising, the changes had occurred without my harping.

Could it be that my nagging was actually contributing to the problem? The answer was yes and no. The truth is that change doesn’t happen because one half of the relationship demands it, nor does it happen if the other half doesn’t listen. Really listen. Rather, it comes from working together in a supportive and sometimes silent way–something I vowed to remember the next time LIB brought home yet another video game.