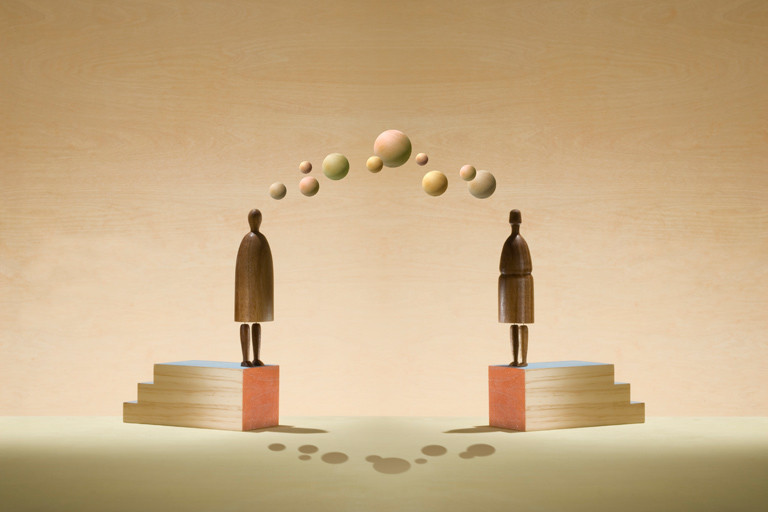 Decoding Your Significant Other

What seems to be one of the most challenging issues for couples isn’t so much what is said but what isn’t. Here are some common communication misconceptions.

1. What he says: “The boys and I are going to play poker every Friday night. Just us. Like a guy’s night.”

What she thinks he’s saying: “The last person I want to spend time with is you.”

What he really means: Needing guy time doesn’t mean he can’t stand the woman he’s with–it just means he needs more guy time. So why do some women misinterpret this as rejection? “A woman sees a man’s behavior as a measure of his love,” says Janice Hoffman, a relationship expert who has worked with Mars/Venus author John Gray for ten years. “Spending time away from her, other than work, is perceived as him pulling away.”

2. What she says: “Why aren’t you helping me with more stuff around the house, like administrative duties or chores?”

What she really means: One of two things–she either feels overwhelmed, or that you’re taking everything she does for granted. And the best way to circumvent both is a little attention and communication. “Women really don’t expect big gifts, equal participation in chores/housework or a man who dotes on them 24-7,” notes psychotherapist and relationship coach Toni Coleman. “They care more about all those little, thoughtful things that say ‘I love you and care about how you feel.'”

3. What they say: “I’m thinking of quitting my job and going back to school. Maybe we should move.”

What you think they’re saying: “You don’t fulfill me anymore, and I’m unhappy with our life together.”

What they really mean: Chances are it’s more that they feel stagnant and restless and need something new in general, but the suggestion of change can send some partners into a tailspin. Hoffman recommends making sure they verbalize that their partner is a part of their plans when raising the issue, while Coleman advises couples to not expect that they can be each other’s everything all the time.

What he thinks she’s saying: “Fix it!”

What she really means: Listen. This is a common issue that plagues most relationships, based on the simple fact that men tend to want to solve a “problem,” while women want to discuss it. Coleman has noticed that expression without action leaves men feeling frustrated and powerless–not to mention very uncomfortable with emotions they have no immediate way of dealing with. “Just let her vent,” she says. “Once she finishes, she’ll feel better. And you’ll have had the opportunity to fix things–not in the way you’re used to, but by giving her a caring ear, you’ll still be the hero in the end.”

filed under: advice, marriage
< The Miraculous Thing That Happened When I Stopped Nagging Why Girl Talk Is Healthy For Your Relationship >