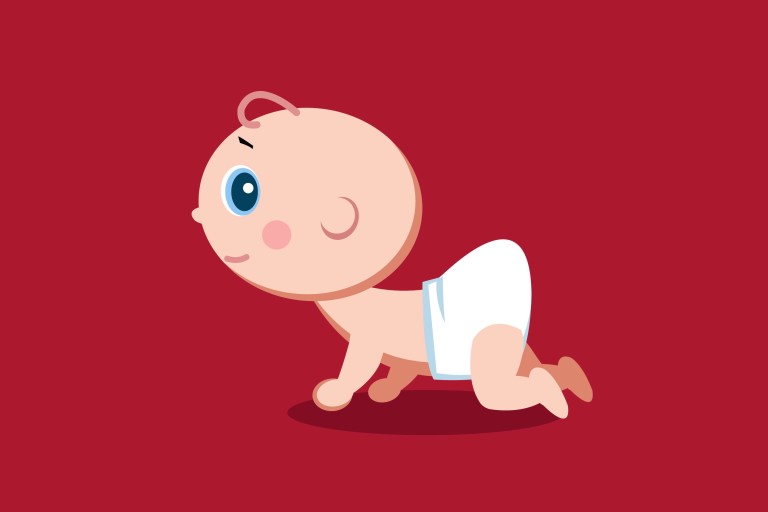 The Age of Bold Middle Names

Filler middle names are a thing of the past. It’s a 21st century baby naming reality. Not only do we obsess over finding the perfect first name, we have to find middles that hit the right note, too.

That wasn’t always the case. If you were born in the 1980s, there’s a good chance that your parents named you Melissa Ann. Or maybe you’re Heather Marie. In the last decade or two, names like Rose and Grace became favorite middles for girls.

For boys, the classics – James, William, and Joseph — have always been big.

The new go-to middle names of 2015 are different. Parents are giving them nearly as much thought as first names, and we’re no longer content to settle on a short name just for flow.

Instead, bold middle names are:

• Truly gender neutral. You’re as likely to meet Ava Blue as Mason Blue.
• Sure, there are plenty of long, daring middle names out there, too. But some of the boldest choices are brief.
• Familiar, though not necessarily as names. Word names, whether they’re virtues or nature names, are huge.

Some parents pair a bold middle name with a traditional first, while others pair daring middles with equally surprising first name choices.

Let’s talk about some of the most interesting middle names making headlines now:

Snow – Ashlee Simpson’s firstborn with ex Pete Wentz is named Bronx Mowgli, so we know she’s a daring namer. Ashlee’s new husband, Evan Ross, has been promising something different for their baby-on-the-way. Sure enough, Ashlee and Evan recently welcomed a daughter named Jagger Snow. With Winter on the rise, Snow seems like a natural choice. And if big brother’s middle, Mowgli, comes from Disney’s adaptation The Jungle Book in 1967, was Ashlee inspired by the studio’s 1938 production of Snow White and the Seven Dwarves?

Swift – Speaking of birds, swifts are among the fastest of flyers. The birds take their name from the adjective, and the surname may have originally been a nickname for a fast runner. It’s not exactly a virtue name, but I’ve heard it in the middle spot. From literary associations (Jonathan Swift) to pop music (Taylor Swift), it’s easy to imagine why parents might find Swift appealing.

Fionn – Sons of Anarchy alum Timothy V. Murphy was born in Ireland. Caitlin Manley is Irish-American. No surprise that they went with a heritage choice for their new son, Sean Fionn. Fionn is the Irish form of Finn, as in legendary hero Finn MacCool. It’s also a cool middle name choice, more modern than former favorite Lynn.

Dare – Courageous Dare could be an alternative to punch line middles like Danger. Or it might bring to mind Dare Wright, author of children’s classic, The Lonely Doll. It works for boys or girls, though might lean the tiniest bit feminine thanks to the ill-fated Virginia Dare, the first of the Colonial settlers born in the New World. A combination like Lydia Dare strikes the right note between traditional and bold.

Lane – Like Dare, Lane feels equal opportunity for boys and girls alike — at least in the middle spot. Names for Real spotted a Macon Lane. It’s less expected than Jane for a girl, James for a boy, or any of the traditional go-to middles.

Sage – Let’s look at another in the key of Dare and Lane. Sage is part-edible nature name, as in the shrub and the herb. But a sage is also a philosopher, making this a virtue name, too. It works beautifully for both genders — see birth announcements for Isaiah Sage, as well as Oakleigh Sage.

Beau – British Baby Names recently profiled sibling names for Felix, but it was a recent Felix combination that caught my eye: Felix Beau. Plenty of parents prefer Belle for a girl, but Beau — along with Bo and even Bow — have entered the equal opportunity category.

James – Brandon and Leah Jenner are the latest high profile parents to choose the name James for a girl, welcoming daughter Eva James in July. And Names for Real recently spotted a birth announcement for Cora James. James has long been a go-to middle for boys, but now it’s the hottest of the unexpected middle name possibilities for girls, too.