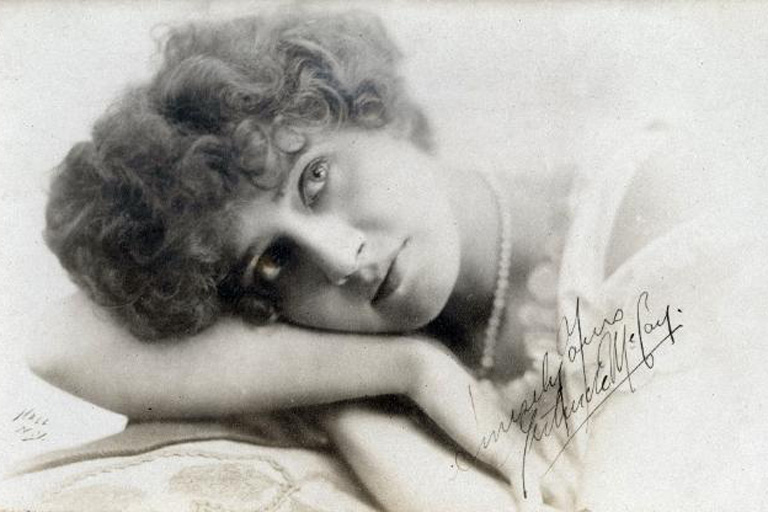 “If you will call a dog Hervey,” said the English author Dr. Johnson, “I shall love him.” This quirky adage was meant to praise the unconventional Hervey family, whom Dr. Johnson found excellent company, but he also put his finger on an important truth, which is that the magic of a name doesn’t lie in the name itself, but in those who bear it. It’s the owners of the name that give it a glamorous aura, which is then passed on to others, even if they happen to be a dog.

Like all magic spells, names must be spoken to take effect, and the more often we hear them, the stronger the power of their magic. Take, for example, my grandmother’s name: Edna. As a magic spell, Edna is quite dead. We rarely hear it spoken, and for this reason, most people would say the name sounds harsh and ugly. The abrasive “d” and “n” in the middle feel particularly unpleasant.

Like similarly cumbersome names that haven’t been in fashion since the turn of the last century (Bertha, Gertrude, Enid), its awkward resonance makes it sound unwieldy, even masculine. It’s difficult to imagine Edna as an adorable little girl, still less a womanly beauty.

At least, that’s how it seems to us now. But names, when they remain unspoken, are merely a set of letters placed in a certain order on the page. Their relative “prettiness” or “ugliness” has very little to do with their sound, but rather with the power of their aura. After all, to the ear, Edna is really no “uglier” than Anna, Emma, or Amy, and very close to the aristocratic-sounding Edina, or the Inuit Sedna. Plus, the “dn” combination sounds perfectly pretty in names like Sydney and Evadne. And how different, really, is the sound of Edna from that of Erin, Eden, Evan, or Ella? If we heard it spoken every day, its power would return. The name would sound pretty again.

Names that haven’t been used for three or four generations are spells that haven’t been used. They sound frumpy and dusty because we’ve let their magic die. Instead of evoking adorable girls, they summon up girdle-wearing matrons in wigs and false teeth, and who wants to burden their sweet newborn baby with this baggage of age?

Edna, Gertrude, and Enid are the names of authors and poets, but they’re writers from the past, not the present. Other names from the same generation have had their magic renewed by being spoken aloud, and applied to fresh young faces: Alice, Millie, Violet, Dora, Harriet, and Matilda.

But magic doesn’t die. It can return overnight. The sudden rise to popularity of an adorable child, talented young actress or fashionable model can immediately re-awaken the spell. Agnes (the Anglo version, not the sleek French Agnès) was dead as a doornail until stylishly revived by the street-smart British model Agyness Deyn, just as plain Joan was set alight by the beautiful Joan Smalls. Harriet the Spy, Roald Dahl’s Matilda and Dora the Explorer have put the freshness back into three other old-lady names.

And as soon as a name recovers its aura in a public way, the magic can be spread around. In this sense, then, there are no “ugly” names, only magic spells that are lying dormant, ready to be revived by being spoken aloud, just as Sleeping Beauty was waiting to be re-awakened by a kiss.

All it takes is one glamorous Gertrude….

Mikita Brottman is a humanities professor at the Maryland Institute College of Art in Baltimore, a scholar, a psychoanalyst, and cultural critic. Check out her website.

The 2life Baby app is the best way for expecting couples to stay informed and organized up until the baby is born and beyond. Share, collaborate and coordinate with your partner, all in one colorful, easy-to-use app. Download now, it’s FREE!