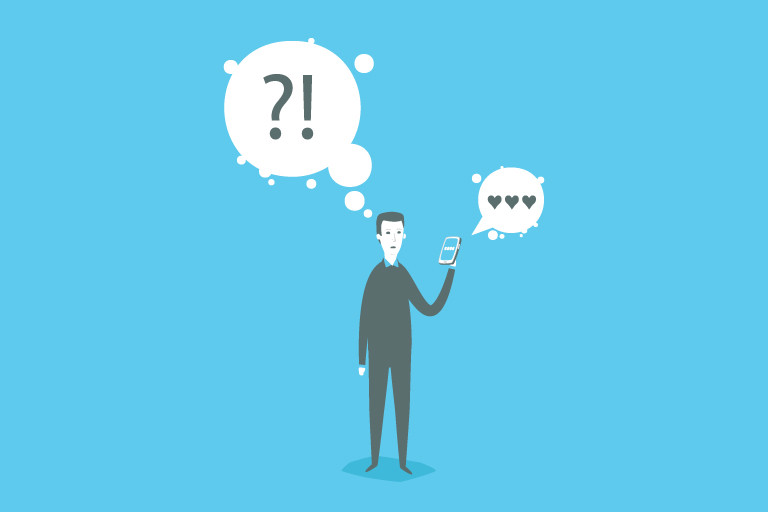 Snooping: Would You Read Your Partner’s Texts?

My parent’s generation had it so easy. It was not hard for them to keep an affair secret from their spouse. Phones (only landlines existed) didn’t have caller id, and Blackberry’s were just a lowly fruit that got left at the bottom of the salad bowl. Our parents only got caught due to their own stupidity.

Not so today. You practically have to be a rocket scientist to cover your tracks. We leave digital footprints everywhere, and often not in very secure places. I’m not going to debate the ethics of a secret affair because I’ve written posts on this before (e.g., The Ethics of Cheating: Would You Own Up To An Affair) but I do want to discuss, “Are reading your partner’s private text messages ok?”

My 20 year-old son Jake and his friend Jack were debating this topic the other night. Both have had some experience on the dating scene, and of course with women who do carry smart phones. They had different opinions on the matter.

Jack, a rising golf star, naturally raised the example of Tiger Woods’ wife. She discovered by going through her husband’s cellphone that her man was putting more than golf balls. By now we all know the story of her epic rage, and what happened next. In Jack’s mind, reading a partner’s text is justified—after all partners shouldn’t have secrets from each other—and even more defensible when there is reason for doubt. Jack claims he would allay or confirm his own concerns by reading his partner’s texts because he would not want to live under a false pretense of an exclusive love.

Jake believes there is never any justification for reading someone’s private correspondence. He thinks that some degree of autonomy is important in any relationship and that partners shouldn’t have to share 100%. Trust is the foundation of a healthy relationship and sleuthing is a serious breach of trust. Jake thinks it is too easy to blame our partners for “making” us suspicious rather than blaming ourselves for our insecurities, and for continuing to invest in a relationship where trust has been eroded. Doubts and insecurities don’t go away just because there isn’t a smoking gun.

I’m taking a vote here. What do you think? Are you in Jack’s camp or in Jake’s? Oh, and don’t feel compelled to side with Jake just ’cause he’s my son. I always refer to Jack as “my eldest” (he’s a January baby, and Jake was born in March) so I promise not to hold it against you.

Research tidbits: A few years ago researchers from the London School of Economics and Nottingham Trent University surveyed almost 1000 couples, and found that 13 per cent of women and 7 percent of men admitted to reading their partner’s text messages. A study by Retrevo Gadgetology found that 33% checked their boyfriend’s or girlfriend’s email or call history without their knowledge, and the percentage is higher for married couples. “Snooping” was on the rise and most significantly for the under 25-age group.