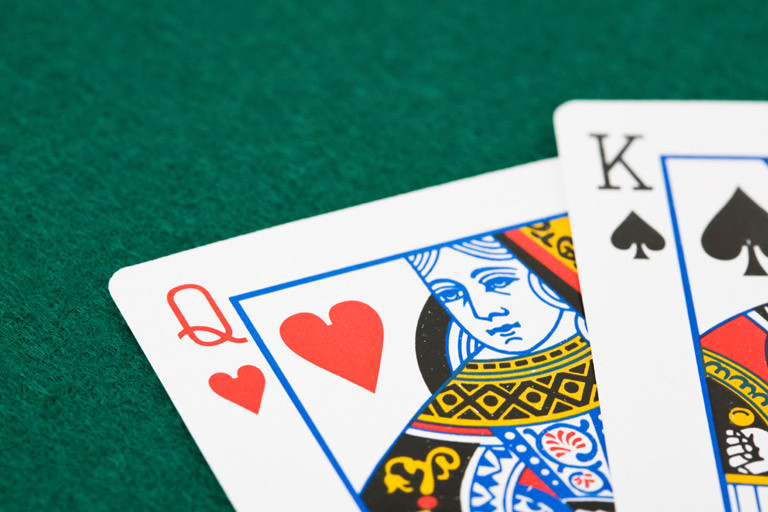 How To Play Poker With Your Wife

In some casinos in the mid 1900s, spouses were not allowed to play at the same table. This was a good rule, because in poker there are no friends, only enemies. Still, you don’t want to destroy your relationship over a card game, especially a nickel-ante game with the neighbors. So here are some things to keep in mind.

1. If your partner has never played before and knows absolutely nothing about the rules, they will most likely win. This is the poker gods’ idea of a good joke. So never say: “I can’t believe you won with that ridiculous inside straight draw…uh, honey!” Just keep your mouth shut.

2. Do not let your partner show you their cards and ask for advice. This is just rude and unfair to the other players.

3. If you must offer a “post-mortem” critique of your partner’s hand, do it quickly so as not to disturb (or bore) the other players. Unless they need the lesson too.

4. Do not “soft play”—that is, don’t pull punches when betting against your partner. This could cause a bit of friction, but they will thank you for the tough love later. Plus, it’s only fair to the other players.

5. If you keep winning and your partner keeps losing, do surreptitiously slide them some of your chips. Do this often, even if you go broke. It’s not strictly kosher, but such selﬂessness pays big dividends away from the table.

filed under: guys' stuff, marriage
< Snooping: Would You Read Your Partner’s Texts? The Mother-in-Law Dynamic >