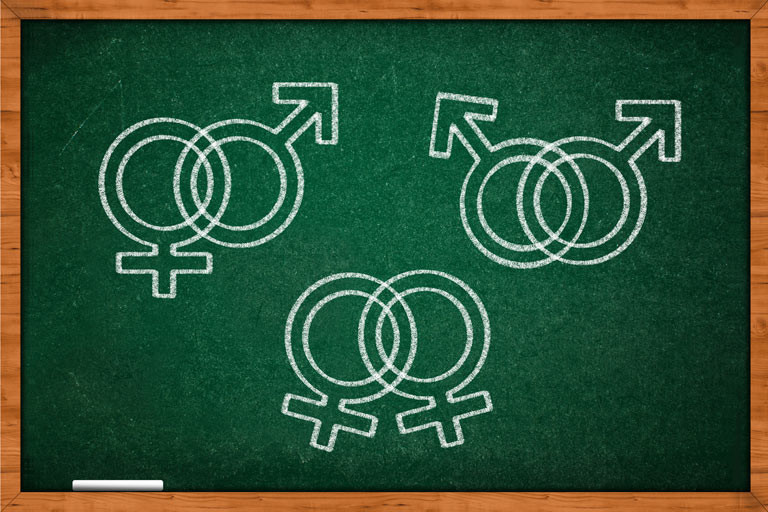 We’ve got 17 awesome things that you might not know about sex.

1. Guys, stop spritzing and start sweating. Researchers at the University of California, Berkeley, found that the smell of a man’s sweat spikes women’s arousal. Hey, it’s certainly cheaper than cologne!

2. “So many women seem shocked to learn that most women can’t have orgasms through intercourse alone. Even if they try with all their heart, even if they’re in love, even if their partner is a caring guy who can last forever with the most perfect penis on the planet, most women can’t come simply from intercourse.” —Dorian Solot, sex educator and co-author of I Love Female Orgasm: An Extraordinary Orgasm Guide

3. Opiates released during sex can actually calm your throbbing head.

4. Don’t ignore the real estate between your guy’s testicles and rectum. Known as the perineum, the right kind of pressure can actually stimulate the root of his penis. That’s right, people, Mr. Happy extends inside the body as well.

5. “Humour is the ideal key for lovers to play and exchange pleasure. Laughter originates a double dose of hormones and sexual vitality.” —Mabel Iam, romance therapist and author of Sex and the Perfect Lover: Tao, Tantra and the Kama Sutra

6. It’s not uncommon to think you’re lacking down there, but according to Rany Shamloul, a researcher at the University of Saskatchewan, men who complained of small penis size fell within the normal range (1.6 inches flaccid).

8. “Men may not need as much foreplay as women before sex, but that doesn’t mean they don’t like it. Become more aggressive, take the titillation wheel and take time to turn him on even more–patient guys who can delay gratification will often be rewarded with more intense orgasms.” —The Bunny Book

10. What’s the worst thing a guy can say during sex? “‘I’m gonna give you an orgasm!'” says sex educator Marshall Miller. “You might think that’s a great goal, but to her it sounds like her orgasm is the only thing that matters. You’re sure to see her orgasm that night–but it’ll almost definitely be a fake one.”

11. Like a woman’s clitoris, the frenulum–the y-shaped membranous area where the foreskin attaches to the penis–is loaded with feel-good nerve endings that are just begging to be touched and kissed and licked.

12. “I think one thing every couple should know is that sex doesn’t have to get less exciting. It only gets [less] exciting if you both get lazy and boring–but if you treat each other like lovers instead of partners, there is always a new location, a new toy, a new way of touching each other (yes, there is!) or a new fantasy to spin. If you think it has to get old, it will. If you think it can stay fresh, it will.” —Pepper Schwartz, author of Prime: Adventures and Advice on Sex, Love, and the Sensual Years

13. Morning sex can add spring to his step, says Laura Berman, author of The Passion Prescription: Ten Weeks to Your Best Sex–Ever! (Hyperion, 2006). “Sex makes men feel more virile, more powerful, more in touch with the world around them,” she says. “And thanks to all those feel-good endorphins, problems seem less amplified.”

14. Yes, the G spot exists. Do yourself a favor and read The Good Vibrations Guide: The G-Spot by Cathy Winks.

15. News flash: Orgasms are not the be-all and end-all of sex.

17. Sex not only improves your mood, but it also improves your immune system. Researchers at Wilkes University in Pennsylvania say having sex once or twice a week results in a 30 percent increase in the antibody immunoglobulin A.

filed under: dating, DIY, sex
< Your Summer Bucket List: 20 Must-Do Moments When Perception is Reality: How Do You Define Being Faithful? >