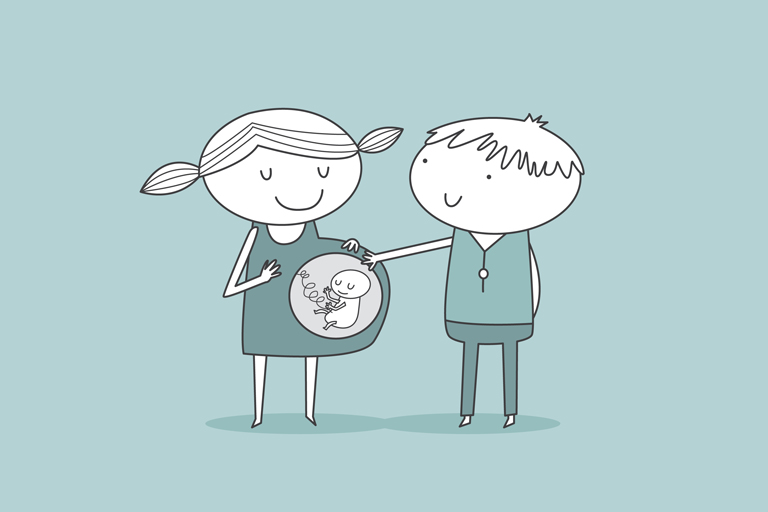 Raising Kids In An Interfaith Family

There are a few times during the year that different religious holidays overlap. For example, Passover sometimes overlaps with Easter, or Christmas with Channukah. One of the benefits of being a child of an interfaith couple is that there may be no debate about which grandparent’s house to visit for a religious holiday. However, being the child of parents who have each been raised in homes with different religious beliefs may raise some other concerns.

I was raised in a traditional Jewish home, but I was the only one of four siblings to marry someone of the same religion. Our children, by default, are exposed to Jewish rituals in our home. We don’t have to think about which religion we are going to follow. It’s automatic. Over the years I have observed family members and friends who have married partners from different religious backgrounds raise their children in various ways.

I have known interfaith couples who vow that they are going to observe both religions but then give their children inconsistent messages. For example, they may send their children to school on the holiest of holidays when all the other Jewish, Hindu, Baha’i or Christian kids, for example, are either at home or in synagogue, church or at their temples. Ultimately, many of these children grow up without a strong sense of religious identity or affiliation with any religion.

I realize that religion is a very sensitive topic and that many wars have been fought because of it. I also realize that religion can bring communities together as a result of shared tradition, beliefs and observances. Bringing different religions into one home can be an opportunity to learn and grow from one another or it can cause friction and divisiveness. For example, according to Jewish law, if a child is born to a Jewish mother, that child is automatically considered Jewish. But what if the Christian father educates his child about Jesus and Christianity? Does that mean the child is no longer a Jew? This too can be confusing and may need the assistance of religious leaders to work through.

When two people who have been raised with different religious beliefs come together, it is very important to talk about the way in which they want to raise their children and the religious values they want to pass on. Even the least religious of people can be sensitive if they feel that their religion is being denigrated. Even couples who respect and value each other’s religious differences can become confrontational if they differ about the beliefs they want to instil in their children.

It appears that there may be several approaches to choose from: to observe both religions equally, to choose one of the religions as primary, or to observe neither. In some homes, neither parent has an attachment to his or her religion. Perhaps they were not exposed to much observance when growing up or have purposely rebelled against strong doctrines. Other couples consciously expose their children to both religions, educate them about each and model how people from different religions can live harmoniously and respect one another. In some families, the couple adopts one religion over the other and raises their children with that faith in mind. Sometimes the children attend religious school to compensate for the limited knowledge from one parent. Sometimes one of the parents embraces the other’s religion or may even go through a process of conversion. Often, the partner who has converted is more devout than the spouse who has been born into his or her religion.

Bottom line is that interfaith couples have an extra responsibility when parenting. That is to consciously decide which approach they are going to adopt before they have children walking by their sides.

filed under: parenting
< Is Sailor the New Harper? Hot Girl Names Ending with “R” I Feel Guilty About Saying No To Sex >