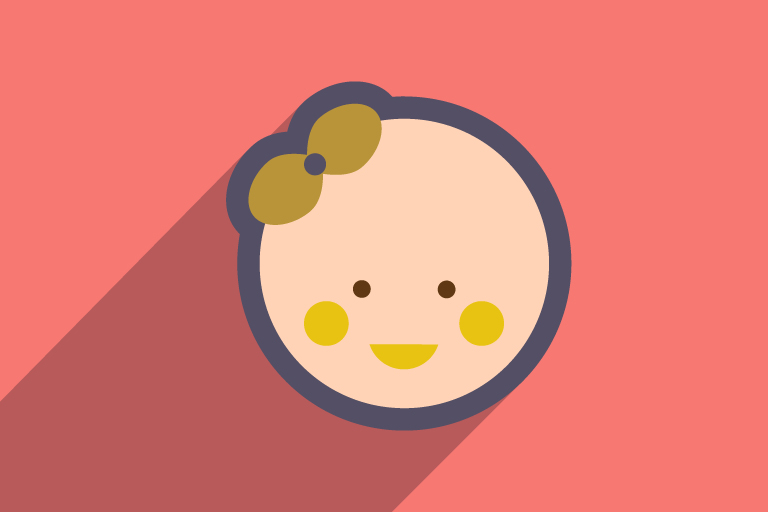 No sooner had Cavallari shared her happy news than Bristol Palin took to Instagram to declare that she, too, has chosen for her daughter, due in December. Only Palin will spell it Sailor.

Sailor was also the name Liv Tyler chose for her son earlier this year. And, of course, way back in 1998, Christie Brinkley gave the name to a daughter.

Could Sailor and Saylor be the next big thing in baby names?

Maybe. What’s certain is that ends-in-r feels like a very stylish category for girls’ names. Jennifer and Heather were chart-topping choices of the 1970s. Taylor was a girls’ Top Ten favorite in the 1990s. Now a new set of girl names ending with R is on the rise.

Let’s take a look at nine of the most stylish girl names ending with R:

Juniper – This nature name feels like a natural successor to 1970s chart topper Jennifer. With an upbeat, modern sound and built-in nicknames Junie and June, no wonder Juniper has gone from obscurity to the US Top 500. The name gained more than 150 spots going into 2014 alone, currently standing at Number 490. Other nature names ending with R include Arbor, Briar, and lucky Clover, none of which rank in the current Top 1000.

River – Another nature name choice, River was boosted for boys by the late actor River Phoenix. The name entered the boys’ Top 1000 in 1994, the year following Phoenix‘s tragic death. But science fiction has given us two memorable women by the name –Firefly’s River Tam and Doctor Who’s River Song. In 2014, River gained more than 100 places for girls, to reach Number 453. Another outdoorsy name popular for boys and girls? Parker.

Ember – Fiery Ember has eclipsed the similar Amber. Ember rose more than 100 places in 2014 to reach Number 435. A sister forBlaze, it could have caught on thanks to a handful of fictional characters. Or maybe it’s the possibility of the nickname Emme that helps Ember feel like a perfect stands-out/fits-in name.

Winter – Autumn and Summer have been far more popular, but in recent years, Winter has become the hottest of the seasonally-inspired baby names. Gretchen Mol has a Winter, and Nicole Richie and Joel Madden‘s choice of Harlow Winter Kate made headlines. Winter was up more than 100 places to Number 556 in 2014. Wynter has also caught on, reaching Number 882 last year.

Saylor – Taylor peaked in the 1990s. Now Saylor is among the girl names ending with R headed for the top. Saylor climbed more than 100 places to reach Number 796 in 2014. That translates to about 350 girls named Saylor. Meanwhile, Sailor was given to just under 200 newborn girls. Both spellings were also used for boys, though much less frequently.

Blair – In the 1980s, television’s The Facts of Life gave us Blair Warner, and this tailored alternative to Claire caught on. More recently, Gossip Girl gave us another small screen Blair and the name started to rise again. Blair was up almost seventy places to Number 650 in 2014. Another short, surname-style name to consider? Greer.

Eleanor – Not every girl name ending with R is novel. Few names are as enduring as Eleanor, worn by saints, queens, and a notable First Lady. The name was very popular about a century ago, and is making a comeback in recent years. In 2014, the name gained more than two dozens places to stand at Number 78. Back in the early twentieth century, it was a Top 20 mainstay. Could Eleanor return to those heights? Jane Austen fans might prefer the spelling Elinor, as in the eldest Dashwood daughter in Sense and Sensibility.

Esther – Not so long ago, Esther felt a little dusty. Like Eleanor, this was a name from the early twentieth century. But that makes Esther prime for revival today, and by 2014, the name had climbed more than 20 spots to reach Number 203 in the US. Australian actress Essie Davis of Miss Fisher‘s Murder Mysteries and the upcoming season of Game of Thrones was born Esther, and suggests a possible nickname. An even fustier option is the literary Hester.

Harper – But it is Harper that has remained the chart-topping favorite with parents, the apparent successor to Taylor and Madison alike. While Harper is thoroughly modern, writer Nelle Harper Lee makes it feel literary and maybe a bit Southern and serious, too. It’s also musical, originally a surname for one who played the harp. Harper climbed five places to Number 11 in 2014. That’s quite lofty for a name that first appeared in the girls’ Top 1000 in 2004. Harper‘s closest rival is the equally musical Piper, up more than twenty places to Number 75 last year.