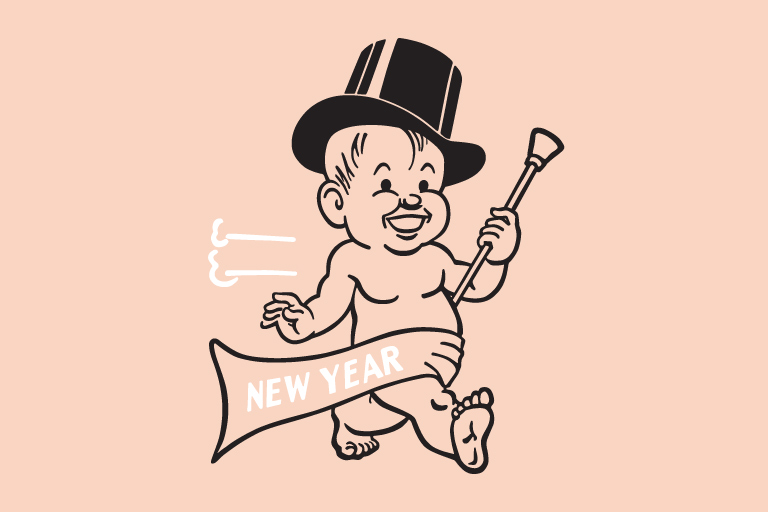 Baby names 2016 will be more influenced than ever by the major news events of the day, with celebrities and pop culture playing supporting roles. The gender-redefining influence of Caitlyn Jenner and Transparent, the galvanizing impact of the terrorist attacks in Paris and the refugee migration, the cultural sway of clutter-free homes and minds will all shape what we name our babies in the year ahead. We see baby names moving beyond traditional gender and ethnic definitions, becoming both simpler and more ethereal, drawing from dustier archives as well as bolder new sources. Here, Nameberry’s predictions for the major baby name trends of 2016.

Biggest Big Picture Trend: Postgender Names
The most important culture-defining trend in the year (and era) ahead will be baby names that have moved beyond old definitions of gender. Names will no longer be designated strictly as girls’ names or boys’ names but will be used more fluidly for children of either gender. At the end of a year earmarked by the emergence of Caitlyn Jenner, we meet the newborn Max (yes, just Max), daughter of Facebook founder Mark Zuckerberg and Dr. Priscilla Chan. We’ve seen other high-profile little girls named Armie,Wilder, Ryan, Andy, and Jagger; boys named Indigo, Blues, and Rhodes, and celebrity babies of both sexes named James, Charlie,Sailor, Dashiell, Sparrow, Arlo, and Bodhi. James has become the standard-issue middle name for both genders, and names such asEden, Sasha, Remy, and Rory are rising for both boys and girls.

Trendiest Trend-Related Trend: Simplified Names
Our lives were changed this year by the magic of tidying up and coloring between the lines, and that emphasis on uncluttered, destressed living is reflected in a new taste for streamlined names. We see the rise of such uncluttered names as Liv, Eve, Bo, Ace,Dean, Van, Dax, Noe, and Elle, along with such simplified nickname-names as Edie, Art, and Hank.

Trend Likeliest to Cross the Ocean: Migratory Names
The international refugee migration has dominated the headlines in 2015, but the cultural migration of baby names is a phenomenon we’ve been tracking throughout Europe that is now heading toward the US. In France, for instance, we see the popularity of British names such as Emma and Jade, Arthur and Tom, along with Italian choices like Enzo. The Dutch love French names such asFleur and Olivier, while the Italian popularity list includes the Germanic-sounding Ludovica and the English Christian. Now US parents are embracing the same kind of cultural migration of baby names. You don’t have to be Irish to name your daughter Maeve or Italian to call your son Giovanni instead of John. A baby with the ethnically-distinct surname-name of Cohen or Cruz is likely not to be Jewish or Spanish, while babies named Brooklyn are born more often in Montana and Iowa than in New York. See more maps like this at jakubmarian.com.

Freshest Nature Names: Vintage Flowers
Sweet, delicate, quirky names for girls, last in style over a century ago, are being rediscovered as blooms like Violet and Daisy wilt in the spotlight of attention. Fresher now are such vintage floral choices as Marigold and Posy, Flora and Poppy, even the edgierPrimrose and Bluebell and Petal.

Newest Old Man Names: Clyde and the Boys
There’s a brotherhood of Old Man Names ahead that until very recently might have been written off as dead. But rising again from the mothballs are Clyde, Alfred, Harvey, Ellis, Clark, Otto, Harold, Ernest, Leonard, Warren, and Howard were all up in the last Social Security count. Up ahead, we see Barney, Edwin, Floyd, Leopold, Morris, Murray, Montgomery, Ralph, Rudolph, Seymour, and Stanley.

Hottest Direction in Baby Naming: Up
We’ve been South, North, and West (and North West) in recent years, and now there’s almost no place to go but up, with baby names related to the skies and heavens in ascendance. We see more babies named Luna, Nova, Orion, Celeste, Phoenix, and Skye. Some further reaches: Jupiter, Mars, Mercury, Cloud, Andromeda, Io, and Cassiopeia, photographed here by NASA.

Digraph of the Day: Th
This year we see the emergence of not a single dominant consonant but the digraph th — a sound that relates to lots of thrilling things, like thinness and thinking. Th names in the Top 1000 and rising include include Thea and Theo, Dorothy and Theodore,Thatcher, Thiago, Thalia, and Thaddeus. On the horizon: Dorothea and Theodora, Thayer, Matthias, Meredith, Edith, Ruth, Judith, and Seth.

Name Origin Most Likely to Rise: French
Negative news events can have as powerful an impact on trends of all kinds as can such such positive influences as an attractive celebrity or hit movie, and so with the world’s attention on the terrorist attacks on Paris this year, we see fresh attention on Frenchnames. For girls, these might include Ines, Manon, Maelys, Lilou, and Leonie, while for boys, we may see more of French names such as Timeo, Jules, and Mathis. There are also popular names in France that are already used in the US but could become more prominent via the attention on Paris, include Lea and Leo, Louise and Louis, along with Charlie (as in Hedbo) for both genders.

Biggest Pop Culture Influence: Star Wars
With the new Star Wars movie already sold out in many theaters for its December 18 release date, we predict it will swamp all contenders as baby name pop culture influence of the year. Luke and Leia may be old baby name news, but Anakin is way up in the national standing already. And with director J. J. Abrams talking widely about the names of new characters, we predict the rise in 2016 of such Star Wars-influenced names as Poe, Finn, Rey, Hux, Kylo, Ren, even Dameron. We can also see the actors’ names taking off:Oscar and Isaac, Adam and Driver, Daisy and Ridley. We’re not sure we see a future for Phasma, however.

Most Alarming Genre Switch: Stylish Baby Names for Dogs
People names for dogs have been growing in recent years, with half of all pooches now called Bella or Sadie, Max or Sam rather than Fido or Rover. But now the roster of stylish dog names is expanding far into stylish baby name territory. The trendiest names for female dogs include Elsa, Aurora, and Lila, according to the American Kennel Club, while male dogs may likely be calledHudson, Emerson, or Kai. No name, it seems, is too good for our fur-babies.

Name Trend Ready to Jump the Shark: Mockingbird Names
For over a decade, To Kill A Mockingbird has arguably been America’s best-loved book, with the first names of its author HarperLee and characters Atticus, Scout, and Jem and even last name Radley finding widespread favor. But now we see that trend ending, with the racist tone of Harper Lee’s new novel dampening enthusiasm for names associated with the work.