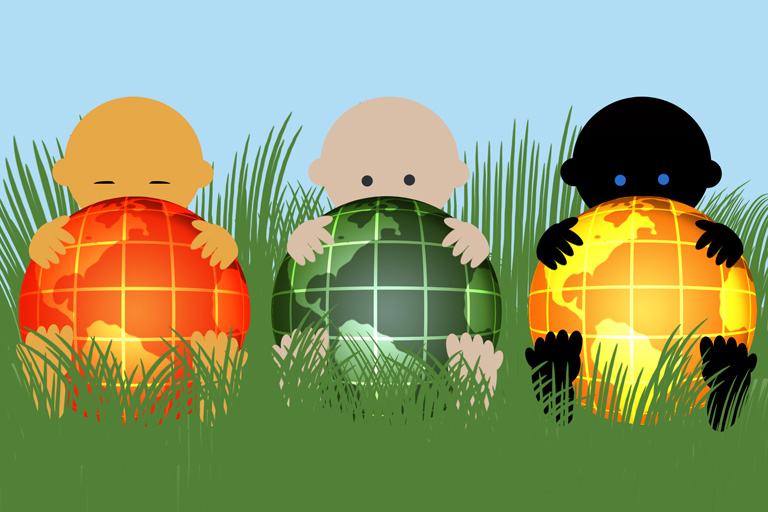 There was a time when the top baby name lists of different countries reflected their own distinctive native cultures. When John and Mary headed those of most English-speaking countries, just as Giovanni and Maria and Juan and Maria and Jean and Marie et al were in first place elsewhere.

But that has changed. With the homogenization of culture in general, with an increase in international travel, the spread of the internet and global audiences watching the same TV shows, we are no longer surprised to find the Irish appellation Liam ranking high on the list in Switzerland or the Old Testament Ethan suddenly Number 3 in Monaco. This is a moment when certain names, often in a variety of indigenous forms, are spreading epidemically across the world.

Some prime examples right now are Emma and Ella, Olivia, Isabella, the Sophie/Sophia family and Mia for girls, and Noah, Ethan, Leo and cousins, and Luke/Lucas for boys.

The success of Mia is certainly one of the more surprising phenomena. Practically unheard of before young Maria Farrow decided to condense her given name, Mia propelled onto the US Top 1000 in 1964, the year that Farrow just happened to hit it big on the nighttime TV soap Peyton Place. Mia is now not only Number 6 in the US, but in second place in Germany, 6 in Ireland, 7 inEngland/Wales, 8 in Australia and Croatia, 8 in Mexico, and 14 in Austria, Norway and Slovenia.

Sophia, Sofia and Sophie have likewise invaded the international namescape. A traditional appellation in a variety of cultures, it has recently leapt up the charts from Chile to the island of Tasmania. Sophia is currently the top name in the United States and Brazil, Number 3 in Canada and 5 in Northern Ireland and Greece. Spelled Sofia, it ranks as Number 1 in Denmark and Italy, 4 in Germany, 5 in Chile and Finland, 8 in Spain, 9 in Argentina, and 13 in the US. Cousin Sophie is the most popular name in Scotland and Northern Ireland right now, Number 2 in Tasmania and the Netherlands, and 5 in Austria

The lovely Shakespearean Olivia is another girls’ name that has spread epidemically in the recent years. It headed the UK-Wales list from 2008 to 2010 and is still Number 2 there, as it is in Scotland. Olivia also ranks in first place in Hawaii, in third place in the US nationally, 4 in Australia, and 5 in New Zealand.

Emma, now in second place in this country, has been in the Top 5 here since 2002 (the year that Ross and Rachel used it for their TV baby on Friends), following on the popularity of Emily. Now baby Emmas are everywhere–in particular Belgium, Finland, France, Germany and Norway, where the name is Number 1, Canada (2), and Ireland (3).

Isabel, Isabelle, and Isabella are another mega-popular trio, with Isabella in the Top 10 of the US, England/Wales, Canada, Brazil, New Zealand and Denmark; Isabel favored in Spain and the Netherlands, and Isabelle well used in England, Australia, Sweden, Ireland, and New Zealand.

When it comes to boys, two Old Testament classics–Noah and Ethan–– have risen to the top internationally, replacing such long-running predecessors as Jacob. Noah was not only the surprise top boys’ name in America last year, but was in the Top 10 in Canada, Australia, Germany, Belgium, Denmark, Northern Ireland and Norway. Ethan was at the head of the list in parts of Canada, and Number 6 in the US, Northern Ireland and Australia.

The New Testament Luke is rampant in many different local variations across the Western world, Luke itself is 34 in the US and shines in Ireland, Scotland and New Zealand; Luca is Number 4 in Austria and 14 in Italy (and Number 10 in Hungary for girls!). In the Lucas form it has risen to first place in Belgium, France and Sweden, and is Number 2 in Denmark and Australia, and 4 in Argentina, while as Lukas, it’s at the head of the list in Australia., and 4 in Germany

The leonine family of Leos has also roared across borders. Leo (Léo) is the 4th most popular name in France, Number 3 in Finland, and ranks high in Sweden, England and New Zealand. The Greek version, Leon, is in the Top 25 of Austria, Croatia, Germany and Norway.

Another example is Olivia‘s twin Oliver, rising in the US, but already Number 2 in Norway and in England/Wales (where it has previously reached first place), tops in New Zealand, and four in Sweden, Finland and Scotland.

And finally there is the humungous Irish sensation Liam, who has outstripped his father name William in many places, including the US–where he’s in second place and could just reach the top of the list–as well as in Canada (Number 2), Norway (5), Denmark and New Zealand (6), and Sweden (7).

(Note: These numbers are based on the latest statistics available from the various countries.)