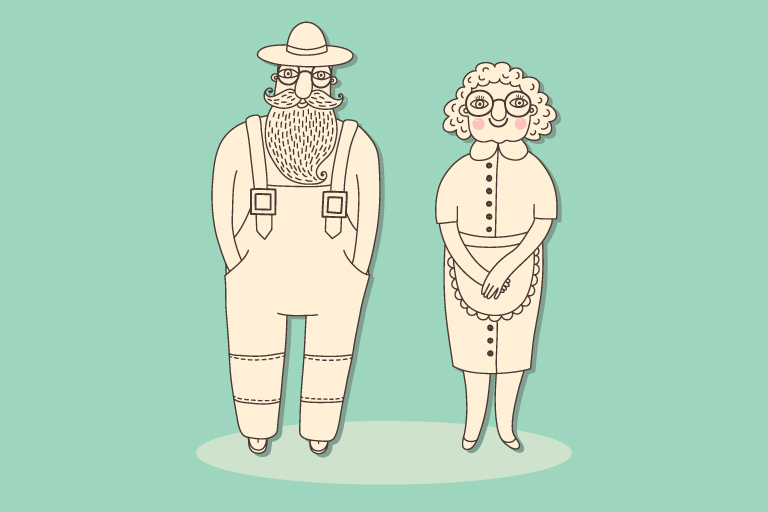 In Celebration of Grandparents

Did you know that Canada and the United States both have a National Grandparents’ Day? Like Mother’s and Father’s Day, this is an opportunity to give grandparents an extra hug and tell them how much they are appreciated. But of course there are reasons to celebrate grandparents every day of the year.

Grandchildren love being “spoiled” by their grandparents. I remember my grandparents sneaking me an extra chocolate behind my parents’ backs. I’m not saying that this is an ideal dynamic, but I think there’s a silent code between children and their grandparents which allows for the occasional bending of the rules. “Spoiling” grandchildren this way is a grandparent’s privilege.

Grandparents often take on the role of second parents; some even become the primary caregivers. Many grandparents pick their grandchildren up from school while mom and dad are at work, come to their grandchildren’s home in the morning to help get the kids ready for school, or watch younger children on certain days of the week. Some grandparents are retired or semi-retired and therefore have more time to devote to their grandchildren while the parents are working. Some even take on the role of full-time caregivers when their adult children cannot or will not take on the responsibility of parenting. My nephew was only months old when my parents adopted him, so my mom and I were in the unique position of raising my daughter and her grandson at the same time.

Grandparents enrich their grandchildren’s lives with stories that create deeper roots. When children have the opportunity to create family trees alongside their grandparents or even videotape conversations about what their childhood was like, they have a better appreciation of the history that runs through their veins. Even children who are adopted can benefit by knowing more about their adoptive grandparents’ experiences, because this allows them a deeper understanding of their adoptive parents. Sitting with grandparents and listening to their stories offers an interesting history lesson to be shared with future generations.

Even though grandchildren may think that grandparents’ views are outdated, they can often benefit from the wisdom founded on many years of living. In addition, grandchildren can be wonderful teachers to their grandparents, especially when it comes to things that may be foreign to them, like programming their cell phones or using a computer. And by the way, consider using the computer as a means of communication (Skype, for example) to stay in touch if physical distance divides grandchildren from their grandparents.

I know that not everyone is fortunate enough to have grandparents still living or who are physically or emotionally available. If this is the case, consider the benefit of connecting children with older adults: friends of the family or seniors in a retirement home, for example. These adults can potentially take on a grandparenting role by offering extra attention and nurturing as well as a lifetime of rich and valuable experiences to children.

filed under: grandparents
< Dad Nails Newborn Photos With Gravity-Defying Shoot Help! Breastfeeding Has Turned Me Into A Baked-Goods Addict >