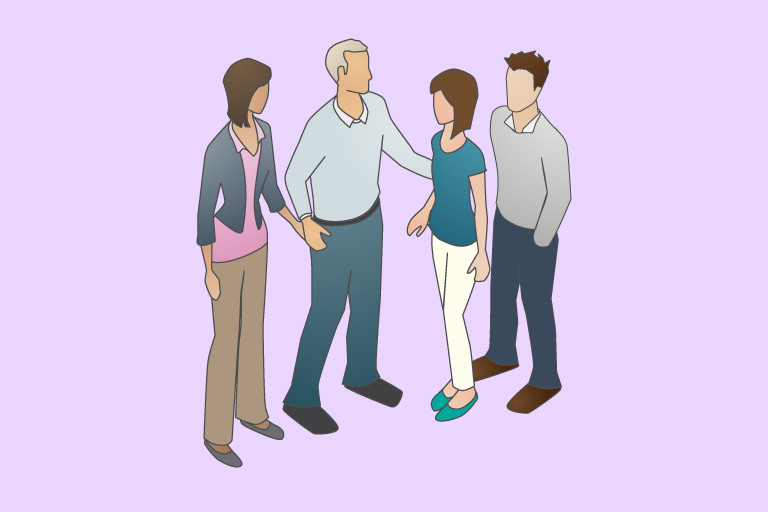 A scary thought occurred to me today. I am the same age as my mother-in-law was when I first met her. Sure doesn’t seem that long ago. But here I am with sons who are nudging into the age their Dad was when we started to date.

The word mother-in-law conjures up images of an over-bearing, meddling, and manipulative old bat. Les Dawson, the late British comedian said: “I’m often accused of saying some pretty rotten things about my mother-in-law. But quite honestly, she’s only got one major fault — it’s called breathing.” While it is often men that make the jokes, it is actually the wife and mother-in-law dynamic that is the most challenging.

I can fully anticipate how perfectly wonderful mothers of sons can turn into she-devils towards their daughters-in-law. It must be tough to be asked to move on down the bench after we have been the major player in our sons’ lives.  Yet, I know that I will have to play nice in the sandbox with any future daughters-in-law. As one of my friends with a son the same age as my eldest put it, “We have to be nice to them; they will be the ones taking care of us in our old age.”

I hit the jackpot with my own mother-in-law, Eleanor. It is only now with some age and maturity that I can truly understand how gracious she was in handing over the reins to her son’s heart. She played her role perfectly by never putting my husband in the middle of a nasty tug-of-war, always stepping aside to let me be the Queen Bee. She encouraged us to create our own family customs rather than expecting us to follow the ones she had set down.

There was only the one time when we almost clashed. Eleanor had come from out-of-town to help me out while my husband was away. I was stressed juggling my career and domestic nonsense, and severely sleep deprived as a mother of a toddler and a baby. She was of course ready to jump in and help, but thought that a mother’s place was in the home—after all, she had given up her own passion for teaching a generation earlier to raise my husband and his sister full-time. She didn’t have to “juggle”.

It was dinnertime, and my son Jake was not quite two. He was strapped into his high chair and eating contentedly until he decided it would be more fun to toss his meal off his tray. As he watched it tumble to the ground, he said in a clear and confident voice, “Shit”. I pretended not to hear knowing full well my mother-in-law had immediately figured out that Jake was parroting what he heard me say as a stressed-out working mom. Eleanor raised an eyebrow and asked, “Did he just say what I think he just said?” I knew full well that my proper mother-in-law had never ever used a four-letter word in her life, and was likely not to start now. So I stared at her innocently and asked, “I’m not sure. What did you hear him say?” That was the first and the last time my mother-in-law expressed any disapproval of me.

I want to be able to pay my mother-in-law’s generosity of spirit forward. Time will only tell whether my own daughters-in-law will be as fortunate as I was.