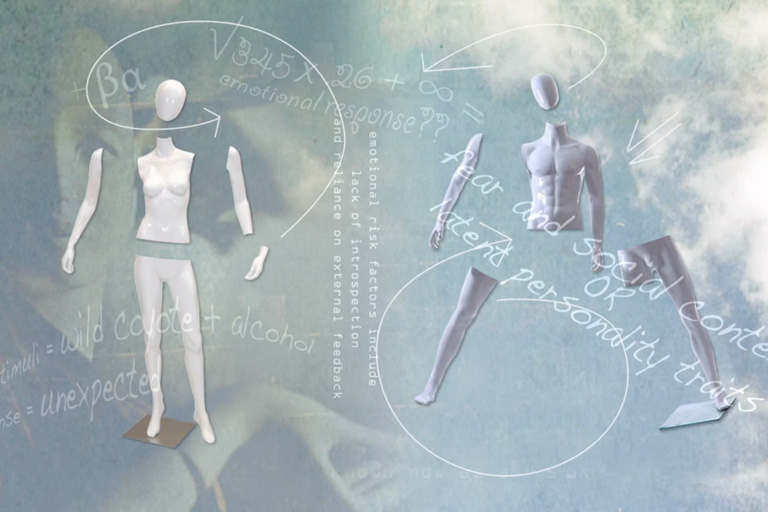 How I Finally Made The Grade

I have kept one big fat secret from my husband for more than 30 years. Whenever it looks like the conversation is wading into dangerous territory, I masterfully change the subject. I have hidden the evidence (being married to a criminal lawyer has its advantages). I am hoping to take the secret to my grave.

My husband made the classic mistake of judging a person (meaning, me) by their friends. At the time we met at university, I was living with a group of philosophy students. These were very brainy people who have gone on to secure tenure at prestigious universities like McGill and Rutgers. My husband is very brainy too.

And then there was me. In my world, the library was a quiet place to nap, and the squash courts were where the real intellectual action took place. As for burning the midnight oil to strive for an A, I would rather opt for beauty sleep and settle for a B. I even skipped my convocation from undergrad. Instead, I went to the beach with two male friends. They buried me in the sand, and constructed two very large sand boobs on me.

I would be mortified if my husband ever discovered my university marks. I shudder to think how he would feel. Probably duped. He’s attracted to brainy women, and it was a sleight of hand living with philosophers. I was only “academic” by association. The brainy aura of my roommates bathed me in a beautiful sharp light.

I have never lied about my marks, but nor have I ever made any full disclosure. I often feel ashamed for squandering the very privileged opportunity of university. I was not very invested in my course of study, and deciding to go to graduate school was just further evidence that I had more than my boobs buried in the sand. I was just treading water rather than taking a big step back to re-evaluate my overall life plan.

So here I am decades later, hoping to redeem myself. I enrolled in a writing course at Ryerson University. One of our group assignments was to interview author Lana Pesch, whose collection of short stories, Moving Parts, was just published. Our homework was to construct a 500-word piece from the wide-ranging interview conducted by the entire class at once. The prof said, “Anyone who gets this published, gets an automatic A+.”

I was hell-bent on getting the interview published, and bringing my lifetime GPA up a notch. But beyond mark grubbing, the real take-away from my interview with Lana is the importance of lifelong learning. She continues to take writing classes even as an award-winning author, and insists she will be taking classes when she’s 80. That’s a powerful lesson for me.

I can’t turn back the hands of time, but going forward I plan to be an A student. And I am going to photocopy my new transcript and paste it on the wall of every room of our house so my husband never forgets what a smart cookie he married.

Here is my interview, and please watch the trailer for Moving Parts and support great Canadian writers!

Interview with Lana Pesch
Author of the newly released collection of short stories, Moving Parts, talks about lifelong learning and the importance of mentorship.

You are an award-winning author, but you continue to take writing classes. Why?
Writing is like a muscle. If you continue to do the same workout for a long time, it won’t have any effect. You can get lazy and fall into old habits. I’m going to be taking classes when I’m 80.

How did writing classes lead to the publication of Moving Parts?
I had been getting together with other writer friends to critique each other’s work. I had an idea for a novel sketched out, but then I got stuck. I accidentally discovered a class led by Sarah Selecky. That was the spark back in 2008. Eventually, (by 2012) I had ten stories and didn’t know what to do with them. Sarah said I had the making of a collection. I worked with her to hone them in the hopes of going to the Wired Writing Studio at the Banff Centre with a proper manuscript. Banff sealed it. That’s where I finished the first draft.

Did you receive any memorable advice at Banff?
There was a pivotal moment when the penny dropped. I read a story out loud to Zsuzsi Gartner. It became crystal clear that I had found my voice through this story but I was also concerned that all my writing was going to sound the same. Zsuzsi said, “So what. Who cares? Do you think Alice Munro’s work doesn’t all sound the same? Do you think Margaret Atwood’s work doesn’t sound all the same?”

What else did you learn from your mentors?
Both Sarah and Zsuzsi were great at giving me “prescriptions” to other authors. They suggested reading writers who were in line with what I was trying to do. If I hadn’t taken these classes, I wouldn’t have discovered half the writers I know. It was hugely inspiring to read others’ work and think, “I had no idea I could do that.” It’s mind-boggling.

You are both a student and a mentor. What advice do you give others?
When I was teaching, I couldn’t believe how repetitive I sounded. I was constantly telling my students, “Just go for it. Don’t worry about getting it right. Just write. Trust yourself.” The inner critic never goes away, but you can silence it. If I could take my own advice, that would be even better.

< Delusions of Love Three No-Nos For Your Holiday Business Party >