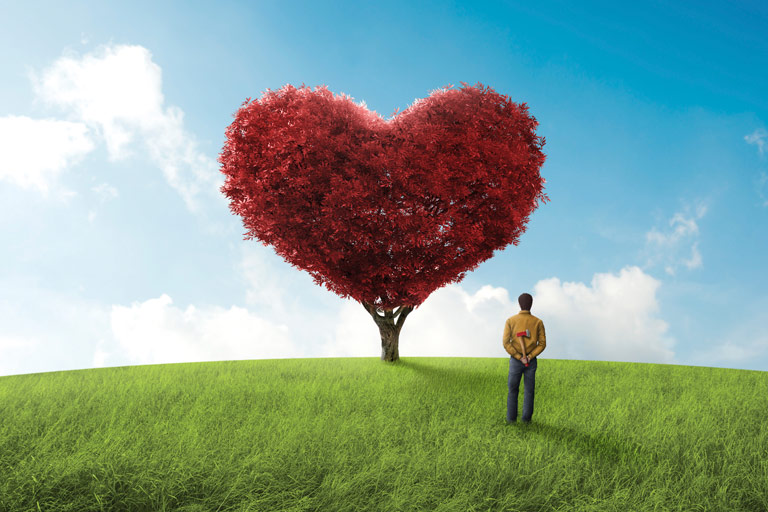 Have you ever been deluded by an illusion of love?

If so, you are not alone. The most extreme story I’ve heard is of a Montreal woman, Sandra Bagaria. Sandra met Amina Arraf, a Syrian blogger and activist on-line. Their texts and photo sharing became increasingly intimate until they were in a full-blown “relationship”.

It was hard not to fall in love with Amina. She was exotic, gutsy and vulnerable living under a brutal dictatorship. Shortly after she “met” Sandra she started a blog, “A Gay Girl in Damascus.” Her cousin Rania was the first to follow her blog. Sandra was the second.

Amongst the brutality and chaos in Syria, Amina’s story was one of courage and optimism. She wrote a post about how her elderly dad stood up to armed men who showed up at their home. When the men call Amina a “pervert” because of her sexual orientation, her dad convinced them that she only wants a brighter future for the Syrian people—and that if they take her, they would have to take him too. The men apologized and left.

It didn’t take long for Amina to become a media darling and a heroine of the Syrian revolt. After her story made international headlines, Sandra teased Amina about how she was now going to get “lots of love proposals” but to remember that she was first. Amina replied, “I am 100% yours.”

When Rania reported that Amina had been abducted on her way to a meeting, a spirited social media campaign was launched to rescue her. Major news outlets including the Guardian dedicated resources to the story, and the US State Department (Amina had dual citizenship) was lobbied to investigate Amina’s disappearance.

And she was eventually found. Sort of. Amina was a hoax, a fabrication by a married American man, Tom MacMaster, with a penchant for Middle East politics and the desire to be an influential voice. He had stolen photos off the Facebook account of a young Croatian woman for Amina’s avatar.

While the world had been duped, no one suffered the consequences more than Sandra. She had lost her love, even though her lover never existed. Amina was an illusion, a sick ruse. Sandra was crushed despite never having seen Amina live (Amina told her Skype was banned in Syria), never heard Amina’s voice, or ever felt her touch. But Amina’s text messages drew her in, and she was smitten.

There have been countless other stories of good people like Sandra who fall in love with people whom they have never met. These stories often end badly, and many have had both their hearts and wallets stolen by those who profess their love while carrying out their nefarious agenda.

According to a University of Leicester study, “The Psychology of the Online Dating Romance Scam,” victims tend to have more romantic notions of love. They believe in romantic destiny and tend towards idealizing their partners.

It’s easy to fall in love with the “idea” of love. Many do, and it’s not restricted to on-line dating. Stories abound about how people found their soul mate when they locked eyes from across a crowded room. And while these things do happen, they don’t happen very often—and many soul mates turn out to be a major disappointment.

Sometimes we don’t see what we don’t want to see, or think we see things that are not really there. We have all heard stories of people who are swept off their feet by the charming bartender at the Caribbean resort who professes love but who really just wants a good time. Of married people ignoring the obvious signs of their partner’s infidelity. Of people convincing themselves that their partner will change, or that his or her behavior is not so bad. In many cases, the person is blind to what is clear as daylight to their family and friends.

As in many things in life, if a relationship looks too good to be true, it probably is.

Meeting people on-line has become a common way to find love. One can get to know others reasonably well in cyberspace, but it’s only a piece of them that we see. Not all of our senses are engaged, and it is impossible to detect the nuance of the person, the little things that hint to whether the person is a match. There is no substitute for the subtleties of sight, touch, smell and the tiny day-to-day interactions that define a relationship.

It can feel like a buzz kill to be too cerebral about love. But isn’t thinking with our heads—being objective, alert, careful—the best way to avoid a broken heart?

< Two Masters Of One Domain How I Finally Made The Grade >