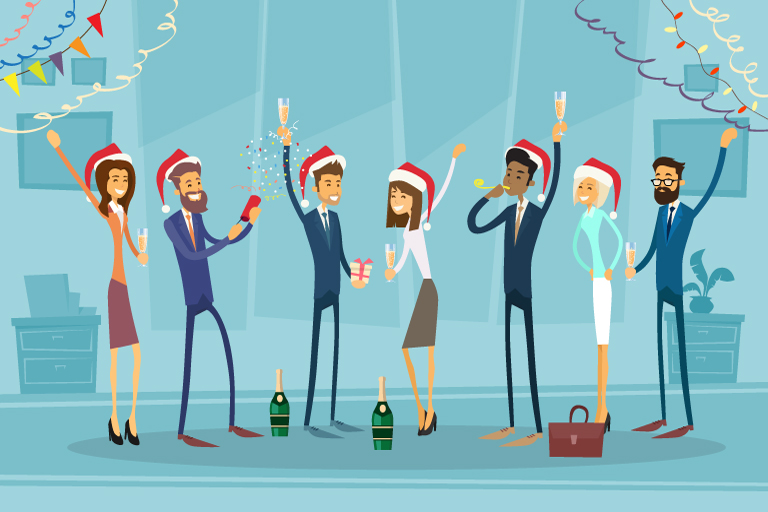 Last week I went to a seasonal party. I arrived solo and seemed to immediately catch the attention of a man who I did not know. Within minutes, I was being told how sexy and exotic I looked, and not to leave without telling him. Now what gal doesn’t like a bit of positive attention? But before I continue, why don’t I let you guess where this all took place. A bar? A single’s club? A neighbourhood gathering?

I could have disclosed I am happily married (but really, I shouldn’t have to use that as an excuse), or set him straight (but that’s hardly my job). I did politely take my leave before too long but the interaction made me sad–and I’m a gal who can hold my own in most settings, isn’t shocked by much and can find humour in the darkest situations.

Honestly, was it too much to hope my networking skills and attractive professional appearance would result in business connections rather than uncomfortable ones? With all the recent talk about the need to gain consent in sexual encounters, shouldn’t we all be a little more prudent about how we gauge consent to talk in a sexual manner too, especially at a holiday business party?

I don’t want to pick on guys during this festive season. Not all women act like the angels on top of the Christmas tree either. I’m all for flirting and having fun at a business event. But there is a difference between playful flirting that builds rapport and predatory flirting that crosses the line of professional conduct.

What is the etiquette for holiday business parties? Here are three suggestions I’d like to offer.

Don’t act too familiar too quickly. Having an established relationship built up over an extended period of time is important for knowing what degree of familiarity is welcomed rather than creepy (and won’t run the risk of de-valuing the other person). An opening line based on someone’s looks rather than, say, their business interests, specialization or accomplishments seems like a misplaced focus. Just like any other meaningful connection, business relationships are based on mutual interest and chemistry. So let’s not forget the need for some ramp-up time before letting our hair down.

Be careful about over-sharing. Business relationships are built on mutual interests, which entails sharing bits and pieces about our personal lives. Those personal details can matter, as they define the essence of our character. But there is a need to respect boundaries too. Sharing information that will make us vulnerable later–or asking for information that suggests ulterior motives–should be curtailed. We can’t take inappropriate banter back with “Just kidding.” Whatever comes out of our mouths will be filed away by the other person when evaluating our professional gravitas. Even if it was just the wine talking, that’s not an excuse.

Don’t focus on one person for too long. The optics of spending too much time with one person to the exclusion of others can be problematic. Frequent touching, whispering, or penetrating glances–even if welcomed by your conversational partner–can give others the wrong impression. Who wants to become the focus of malicious gossip? Ask yourself, how your interactions may look from someone else’s vantage point. Plus, seasonal business parties are for networking–so get out there and mingle!

‘Tis the season. Let’s all have some fun while keeping in mind that our professional reputations are as fragile as those beautiful ornaments on the Christmas tree. Shattering them would not be a great end to 2015.