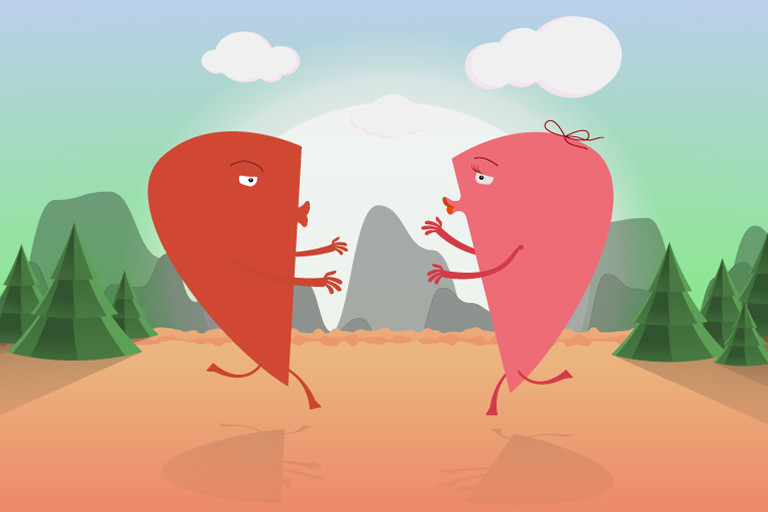 For the past number of years, my husband John and I have celebrated our anniversary apart. Not just emotionally, but also physically. I stay in Toronto. John heads to the east coast. While he is there, he gets hot and sweaty with fast women in skimpy clothing — all with slim, tight bodies. He comes home exhausted, and totally spent. I know he sleeps with them. I can smell it when he walks in the door.

How do I feel about this?

I thank my lucky stars that he has found other people to satisfy his needs. God knows I tried, but I just didn’t have it in me.

John is a competitive runner. And for the past number of years (coinciding with the date of our anniversary) he joins a team with sixteen other uber-competitive people to run a 24 hour relay around the Cabot Trail in Nova Scotia. They forego valuable sleep to cheer on their teammates in this insane mountain run; consume stale sandwiches and disgusting energy drinks; ride around in a van that smells of body odour; and then crash together in a hotel room at the end of it all.

This is John’s idea of a good time. Sounds like hell to me.

For a while, John and I did do charity runs together in the spirit of togetherness. It was an annual thing. I was the charity. John was very good natured about it given we are in a completely different class of runners.

One year we both entered the Longboat 10K run on the Toronto Island. I joked that we should line up together at the start line, run the same pace in the matching running outfits we would buy, and cross the finish line holding hands. John said “Gee, now that sounds like a great idea!” I think he was being sarcastic.

So, the day of the Longboat race, John took his place at the front of the pack with the better runners. I stood far at the back of the crowd to ensure I did not get trampled on. From the starting gun, I started to breathe funny from anxiety, had to stop a few times because of leg cramps, smiled weakly when spectators at the sidelines clapped in encouragement as I scaled a small mound of sand with the sign ‘Heartbreak Hill’ on it (it was a one foot 15 degree incline; the sign was a joke that I didn’t find the least bit funny).

After John finished the 10K in well under 40 minutes, he decided to run back to find me. He found me limping along trying to get to the finish line, which was still about a kilometer away — even though I was nearing the one-hour mark.

“Keep it up!” he shouted in encouragement. “If you pick up your pace a bit, you can pass that 85 year old man just ahead in his walker.”

Stony silence on my part.

I have never thrown so many curse words at John at one time.

Like I said, he is better off with other partners.