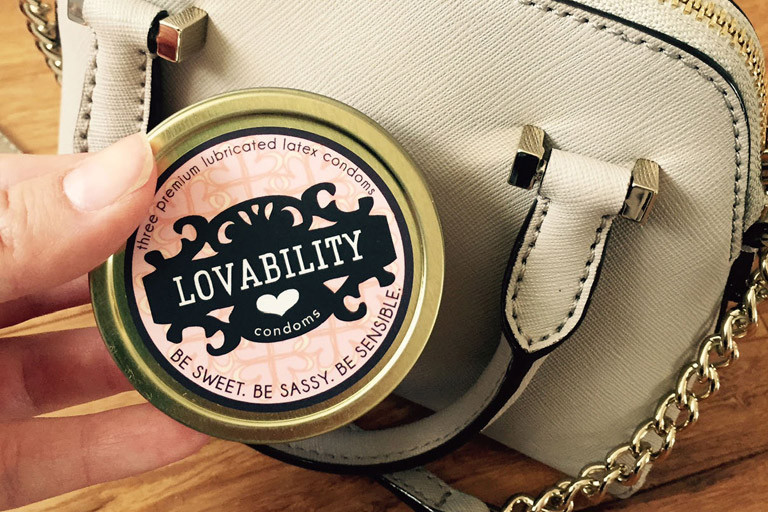 There’s a new IndieGoGo campaign for Lovability, a company that’s looking to bring condoms to the people, or more specifically, the female people. Based on the idea that you can’t just rely on men (check) and that buying condoms can be an embarrassing process (check), Lovability wants to revolutionize the condom industry by making it okay for women to buy and carry condoms (check).

It’s discouraging that we’re even having this discussion in 2015. Do women really feel embarrassed to buy condoms? Do they feel insecure about insisting their partners practice safe sex? Are they reluctant to speak up when things get serious?

According to Lovability’s founders, the answer to all of those questions is still “yes.” Their goal is to repackage and repurpose the condom, transforming it from a male-only sexual accessory to an “always-on, ready at a moment’s notice” tool that should be in every woman’s purse. A cute, easy-to-carry container resembling a candy tin contains three condoms, each in an easy-to-open wrapper. The condoms are made of high-quality vegan latex, farmed using fair labor, and are chemical- and additive-free.

We love the idea of talking about condoms as a tool for female wellness, and the hashtag #proudlyprepared is something we can definitely support. Just one final note: The Lovability condom is currently a premium-priced, high-quality product — fair enough if you’re targeting those who can afford it. But given the issues of unprotected sex in other cultural and socio-economic contexts, maybe there’s a more affordable version in the future?

The campaign runs until February 15, so if you’re still wondering what to get her for Valentine’s Day, check it out.