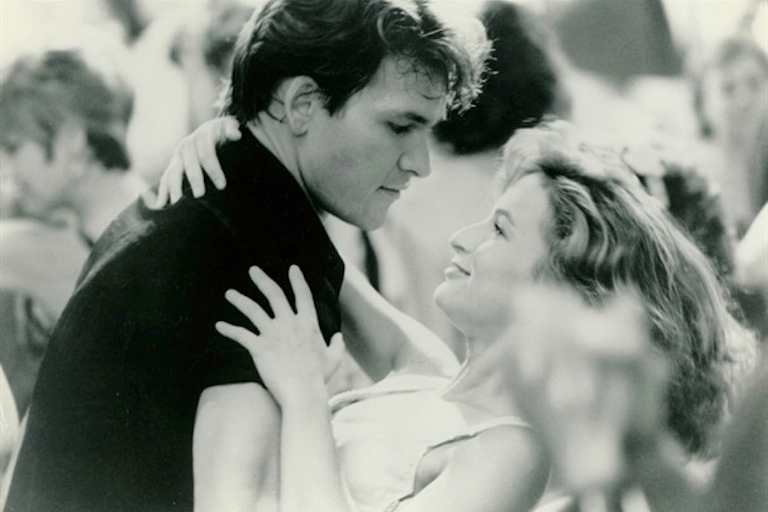 There’s nothing wrong with a grown man crying while watching The Notebook or taking swagger lessons from Swayze. More than mere chick flicks, these romantic comedies are cinematic classics enjoyed (however discreetly) by men and women alike.

1. Pretty Woman
A rags-to-riches tale where a young and attractive Julia Roberts goes from prostitute to lady in two hours does have its merits–but even guys felt some serious satisfaction when Roberts’ character Vivian shows up those stiff upper lip, snobby shop girls.

2. The Notebook
Watching the trials and tribulations of Noah and Allie, especially their touching relationship in their golden years, made even the toughest of dudes shed a little tear…or was that just something in his eye?

3. Mean Girls
Okay, so maybe this Lindsay Lohan movie is as emotionally deep as a puddle, but comedic value aside, there’s something about watching girls be absolutely evil to one another that’s just plain entertaining for guys. And Rachel McAdams rocks!

4. Ghost
Yes, it’s sappy. And yes there’s that weird love scene near the end with Demi Moore and Patrick Swayze-possessed Whoopi Goldberg, but come on: It has ghosts. So, technically, it’s kind of a horror flick.

5. Say Anything
The noble underachiever tries to capture the heart of the out-of-his-league and beautiful brainy girl–who ends up dumping him at the behest of her father. Moral of the story: khaki trench + boombox blaring Peter Gabriel’s “In Your Eyes” = winning her back. Classic.

6. When Harry Met Sally
That age-old argument–can men and women be friends, without sex getting in the way–made this movie instantly relatable to both genders. But in the end, Harry and Sally do sleep together and end up getting married. So the answer is…no?

7. Dirty Dancing
As Swayze returns for a second time on this list, what makes this film stand out is its central lesson: Dancing can infinitely improve your “game.” That is, if you can move like Swayze and successfully complete the lift with your girl.

8. Love Actually
While this film shows the serious and foolish sides of love from the vantage point of eight very different couples, it turns out not even men can’t resist the dry British wit and charms of Hugh Grant.

9. Jerry Maguire
So we have football for the guys and a journey of love for the gals, but surely men everywhere were inspired to tell their girl, “You complete me”.