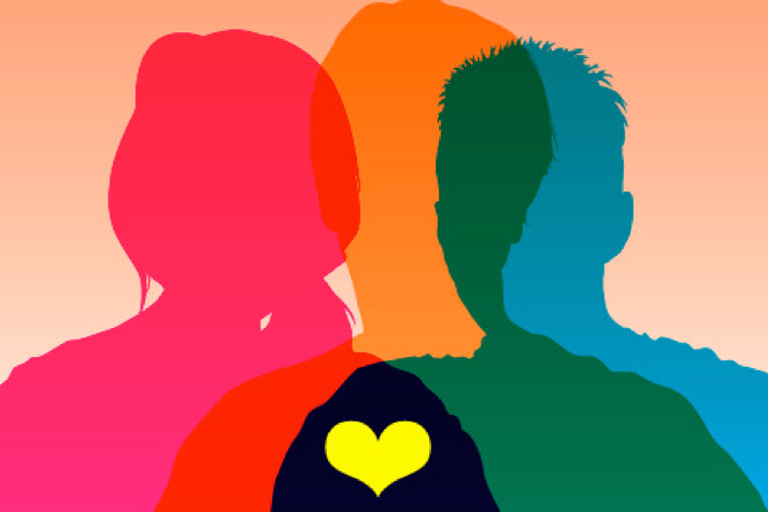 Burning in the Hell of Monogamy

Back in the day, you were doing pretty darn well to make it to the age of 25, what with the risk of being mauled by a saber-tooth tiger, bludgeoned to death in a gladiator fight or having a close encounter with the Black Death. Thus, that wedding vow of faithfulness “till death do us part” was probably no biggie. It’s not like you had to endure monogamous hell for all that long if things didn’t work out on the marriage front.

Our shelf life on this earth has increased dramatically in the past few hundred years. On average, people in developed countries will live to be octogenarians quite handily and life expectancies continue to rise.

Sure, this is great news on the one hand. Way more time to pick our way through our bucket lists. But what are the implications for those wedding vows?

Should we still be signing up for monogamy till death do us part?

According to surveys, most people think that should be the plan. Faithfulness is considered to be one of the most important tenets of marriage and committed relationships. And when that promise of faithfulness is broken it is often viewed as a serious no-no that doesn’t have a happy ending. Infidelity is cited as the second leading cause of divorce (closely following “falling out of love”) according to the 2011 matrimonial survey conducted by Grant Thornton UK LLP.

The majority of couples exchange wedding vows in their late 20’s (the average age of marriage). It must seem like a no-brainer then to pledge faithfulness. Libido is high, stresses are relatively low compared to what they often become in the future (think mortgage, kids, and mid-life identify crisis), and couples haven’t been together long enough to find each other irritating.

But here’s the thing. Circumstances change. Take frequency of sex. The sex lives of married 20-somethings looks remarkably different, on average, from that of 40-somethings. More than a third of married couples in the 25-29 age group are having sex 2-3 times per week compared to only 20% of those in their 40’s, according to findings from the National Survey of Sexual Health and Behavior.

So when we sign up to be faithful, what assumptions are we making? What is the small print that needs to be spelled out at the time of marriage? Are we pledging to be faithful no matter what, come hell or high water? Or, are there circumstances that alter the relationship deal?  If we are going to keep our promise of faithfulness, we need to understand what our respective obligations are in that deal.

Would any of the following circumstances change the faithfulness clause in your relationship?

1. You or your partner loses sexual interest in each other: A friend of mine was telling me that her partner lost interest in sex five years ago. Is it fair for my friend to be held hostage in a sexual wasteland, or not? She is currently sticking needles in her eyeballs in a state of sexual deprivation rather than break those marriage vows.
2. You or your partner can’t enjoy or have sex because of illness or sexual dysfunction: In most marriages, it is likely that if you stick together long enough, one partner will probably become ill or debilitated before the other. Shouldn’t the implications of these physical compromises on faithfulness be discussed long before the discussion needs to happen?
3. You and your partner are working in different time zones: Economics and/or ambition may require living apart. What if one partner supports their partner accepting a three year gig in Siberia as part of their climb up the global corporate ladder? Do they keep the home fires burning, or would it be legitimate for one or both to be contemplating affairs?

There are so many assumptions we make when we sign up to be faithful till death do us part. But we shouldn’t make promises we can’t reasonably expect to keep. There are  predictable circumstances that couples may face down the road —  the ones above, and many others. Which ones, if any, make a difference to our faithfulness deal?
Are we signing up to suffer through the hell of monogamy together…through thick and through thin…and till death do us part? Or, is there a better way to construct our own heaven on earth?