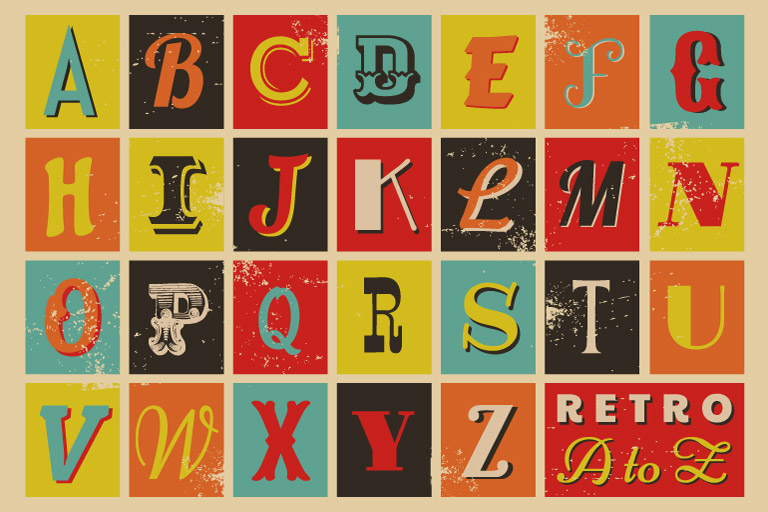 14 Vintage Names Zooming Up The Charts

Alfred is having a major resurgence in Scandinavia and England, and the US is hopping on that bandwagon as well, with Alfred leaping 160 places last year. A royal name in the UK, Alfred has lots of other distinguished namesakes as well, and–big plus– four hip nicknames: Alf and Alfie and Fred and Freddie.

Clyde still has a cool-cat image for a name that peaked in the year 1900, bounding up nearly 200 places in the last year. Basketball great Walt Frazier‘s nickname is Clyde and Hall of Famer Clyde Drexler was known as Clyde the Glide. Catherine Keener and Dermot Mulroney were ahead of the curve when they used it for their son in 1999.

Dorothy’s not just in Kansas anymore– she’s been growing in popularity across the country, rising 76 places in the past year. That wide-eyed Wizard of Oz image has managed to keep her somewhat youthful despite being the Number 2 name in 1920 and a Golden Girl in the 80s. Scarlett Johansson used Dorothy as daughter Rose‘s middle name.

A serious, one-time Great-Uncle name, Ernest is moving onto more and more birth certificates. Associated with literary great Hemingway, it was a Top 25 name in the 1880s and stayed in the Top 100 through the mid-1950s. In its climb back up, it gained 53 places last year.

Faye reentered the Top 1000 in 2014–after being MIA for 35 years! (And sister Fay has been off even longer). Faye may be slipstreaming along behind the new popularity of May/Mae, or might have received a bounce from being a Mad Men character or–here’s a thought–because everyone loves Tina Fey.

The popularity of nickname Harry has rubbed off on one of its more formal forms. Harold has many distinguished namesakes, including two British PMs and playwright Pinter; kids might relate to Harold the helicopter in Thomas the Tank Engine and the classic Harold and the Purple Crayon.

Harvey—already a mega hit in England–was one of the fastest rising boys’ names in the US, climbing a resounding 173 places in one year. No longer associated with the six-foot imaginary rabbit, Harveys have been making TV appearances on such shows as Gotham and Suits. It’s currently 493 here, 140 on Nameberry and 48 in England.

The roster of attractive current high-profile Hughs–including Jackman, Grant, Laurie and Dancy–has probably contributed to the resurgence of  Hugh, this sophisticated one-syllable name.

The first First Lady’s name has always had a rather prim image, but the new generation of parents are beginning to appreciate her traditional, can-do Martha Stewart virtues, while the Beatles made it endearing in the song “Martha, My Dear.”

Is Otto the new Oscar? It’s a palindrome name with trendy O’s at the start and finish and is climbing each year—in 2014 it rose 69 places to 627. Otto‘s popularity is even greater on Nameberry —the Berries have it at Number 123. Daniel Handler aka Lemony Snicket chose it for his son.

Rosalyn remained in the Top 1000 for the first 80 years of the 20th century, only to drop from sight….until now, when it’s back at Number 985. A modernized version of the classic Rosalind, Rosalyn‘s reemergence owes something to the style for lyn-ending names, such as Brooklyn and Evelyn.

Vera firmly established herself as a Top 400 name this year, with a gain of 55 places, and is even more popular in Spain, Swedenand the Netherlands. Designer Vera Wang and Ukrainian-born actress Vera Famiga are current bearers. And it’s the birth name of both Jayne Mansfield and Mindy Kaling.

Presidential name Warren, which peaked in popularity in 1921, the year of Harding‘s inauguration, is suddenly back in play, both here and, strangely enough, in France. There have been X-Men and Buffy the Vampire Slayer Warren characters. Iconoclastic financier Warren Buffet could be an inspiration.