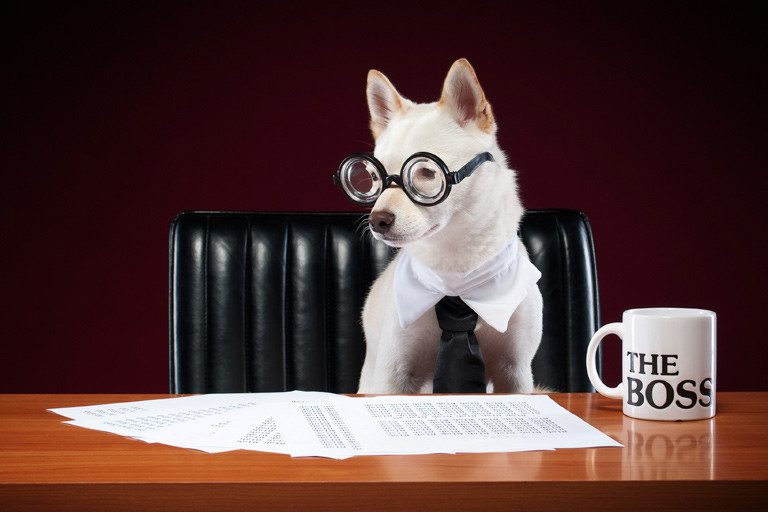 I have a large extended family and we get along famously—for the most part. Unfortunately there are two male members who can’t stand each other. It is so bad that they have had to be physically restrained on more than one occasion. Left to their own devices they would tear each other limb-from-limb. I’m not kidding.

Henry and Tico are lovely on their own but oil and water together. Their mutual animosity stems from both vying to be the top dog in our family. Perhaps this should come as no surprise. Henry and Tico are in fact dogs. Henry is a golden doodle, and Tico is a husky-shar pei mix.

As I watch their stressed out humans (my sister Anita is Henry’s “mom” and my cousin Audrey is Tico’s “mom”) trying their best to keep their alpha male dogs in line (and on very short leashes), I can’t help but think of their human alpha-male counterparts, and why they are as tiresome to be around as Tico and Henry.

I’m not a big fan of most alpha males. Their need to be the top dog is often fueled by ego rather than by what is best for the larger community. Like Henry and Tico, alpha males can stress people out by creating a culture of fear—whether that is in families like ours, or in other types of social organizations like workplaces.

The prevailing wisdom has been that alpha males, alpha dogs, or alpha-whatevers have a pretty sweet spot at the top of the heap, including the lowest stress levels. After all, they hold the power, call the shots, and have the best pick of females who produce the most offspring. Not a bad gig, right? What me worry?

Not so fast. I read an article that cited research concluding that alpha baboons are actually way more stressed than their beta brothers one rung down on the social ladder. In fact, the alphas are just as stressed as those at the bottom of the food chain. The article pointed out that Presidents age really fast, whereas Vice-Presidents don’t seem to get old as quickly. Could it be that being a beta, rather than an alpha, is the coveted spot on the social ladder?

In the baboon study, betas fought less (unlike the top baboons who were constantly defending their position). In one baboon troop, the most aggressive males often fought males in another troop for meat discarded by humans at a lodge. When that meat was contaminated, the “top” baboons died, leaving the gentler betas in charge. Interestingly, the troop culture improved significantly. The betas instilled a gentler climate, and everyone was less stressed and more content. Given all the human research about the disastrous effects of stress, the implications are worth pondering.

As a woman, it’s tough not to be seduced by the allure of alpha men. Oh, the confidence, the virility, the power. It’s a pretty sexy package. But if we think about the guys in our lives, don’t those beta men just seem to be the better bet than those alpha boys? Confident with less narcissism, ambitious minus the aggression, and they don’t wander as far off the ranch in search of new conquests. Given the choice between being on the A-team or B-team, I think the decision is pretty obvious. And I’m not just monkeying around here.

< The Power of “I Am Grateful…” Mating in Captivity >