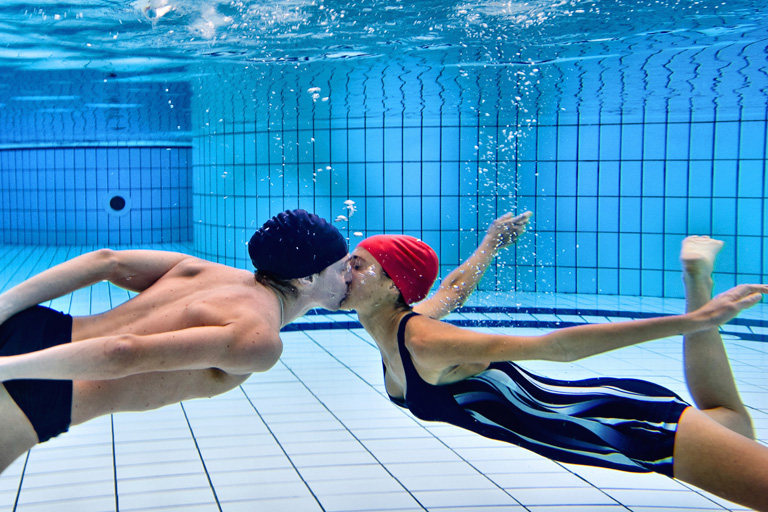 The IOC may not have sanctioned these “sports” for the 2016 Olympic Games in Rio de Janeiro, but we suspect they would draw a few more viewers than Olympic team handball!

1. Highboard Belly-Flopping . Sure, lithely-framed Olympic divers ooze artistry and athleticism during their aerial gymnastics and perfect pike displays. But entering a pool with mini­mal splash is very anti-climactic. Belly-flopping, on the other hand, unites the courageous skills of high-board divers with daredevil deft. Scoring is based on the following criteria: redness of belly, number of bleacher rows soaked and decibel level of impact (ten point deduction for loss of trunks).

4. Kim K Triathlon. Also known as the Iron Buttocks, the first leg of the “K” is a pro-athlete speed-dating race. The first 15 ladies to coax an NBA or NFL athlete into a starter marriage move on. Next up: wedding planning (judged using a 6.0 scale evaluating technical merit, artistic impression, osten­tatiousness and photo rights’ revenues). The final leg is the second marriage-announcement per­formance, with bonus points awarded for the new hubby’s social media influence.

5. Greco Roman Thumb Wrestling . “One, two, three, four, I declare a thumb war rrrrrrr-umble,” announces Michael Buffer. This is the only fight sport where the worst possible injury would be a sore thumb. Competitors don finger puppets to showcase individuality. Warriors then lock fingers with one another in an attempt to clamp down their opponent’s digit to the count of three. A competitor can force a pinky-finger tap-out with an array of submis­sion holds, from the manicure-killing “Nail Bar” to the “Guillotine Knuckle Choke.”