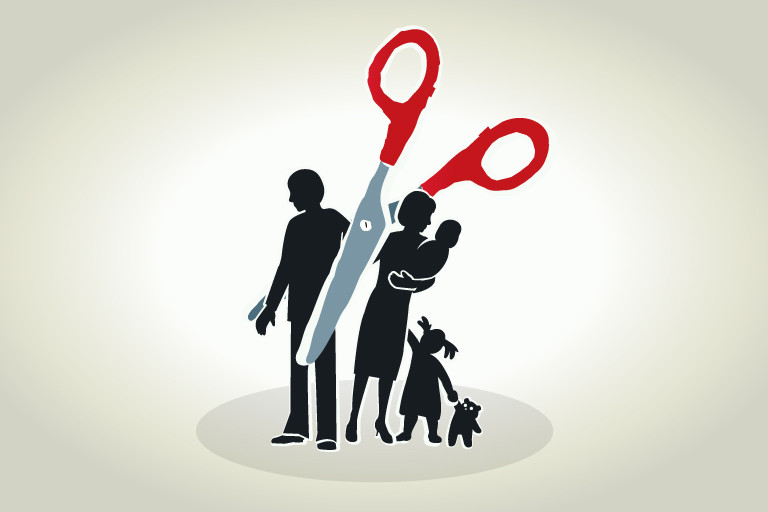 Why Being The Child Of Divorce Isn’t All Bad

It is easy to think being the child of divorce is all bad. According to the research, kids from broken families are more likely to smoke, be on Ritalin, suffer from lower self esteem, drop out of school, suffer a stroke, and die earlier than kids from intact families.

But that’s not all. Kids from divorce are also more likely to repeat the mistakes of their parents. They get married younger and are significantly more likely to divorce than those who don’t come from broken homes.

Many unhappily married parents know about the risks they will be exposing their children to if they divorce. So rather than heading for separate exits, they decide to tough it out for the sake of the kids. My own parents did just that. Both good people in their own ways, they were like oil and water together. They eventually came to their senses, pulled the plug and took their relationship off life support. By the time they divorced I was in my teens. I was pretty much independent so I didn’t endure the economic hardships or ugly custody battles that many kids of divorce face.

My parents could not have known it at the time but they did me a huge favor both through the dysfunction of their marriage and their subsequent divorce. Having a ring-side seat to the drama of their union allowed me to dissect and analyze their every move and motive. I learned a lot, and came to my own conclusions. Most importantly, I dispensed with any romantic notions that marriage was always happily ever after and till death do us part. I believe this knowledge set me up for later success.

Given my dark views on marriage, it was not surprising that I was commitment phobic. I knew darn well that you can marry the wrong person no matter how deep your love for them is. So I set the bar high on finding a romantic partner. I was not going to be blinded by love. When I finally met my husband-to-be, I warned him that if we had any chance of making it as a couple, we had to take it slow. The fact that he told me, “We will take it as slow as you need to,” was the clue that he may be the right one for me.

Every important step in our relationship has been a cautiously optimistic and deliberate one. We lived together for five years before marriage. This confirmed whether our mutual love and respect translated into being good housemates, financial partners and “parents” (we adopted two cats) before we made a longer-term commitment. We then waited another five years before deciding to have real kids. We knew we had to be financially and emotionally ready, and to have enough of a track record as a couple to assume such an enormous responsibility.

I’m willing to bet that I would have been less cautious about marriage and parenthood if my parents’ divorce hadn’t scared me straight. I’m lucky their loss was my gain. I went into my own marriage with my eyes wide open, knowing that I was ready to make the commitments, compromises and sacrifices that it entailed. Being the product of divorce can be a very good thing indeed.

filed under: advice, kids, marriage
< What Goes Around Comes Around Why Couples Should Create Job Descriptions For A Stay-At-Home Parent >