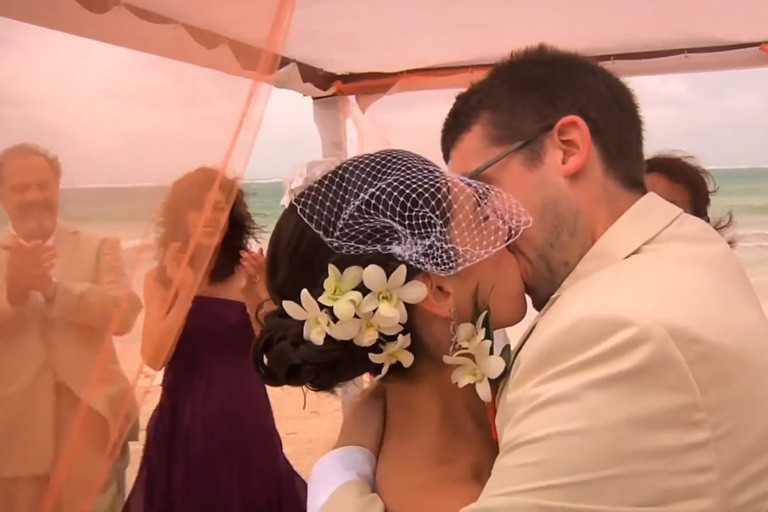 The goal of any couple standing at the altar is to commit to their vows and stick together for better or for worse. But we know that not all newlyweds make it to happily ever after.

Doug Block is a documentary filmmaker who, for 20 years, has supplemented his income as a wedding cinematographer. He started to wonder what happened to the couples that he filmed on their wedding days after they said I do. For his new documentary, 112 Weddings (in cinemas June 13, 2014), Block interviewed nine of his most memorable couples to explore the gap between what people think marriage will be and what it’s actually like.

Block splices wedding-day footage, full of happy tears and bright smiles, with interview clips of the couples after years of marriage. Sitting in their living rooms, the couples roll their eyes as the other one speaks, or exchange harsh glares, but the film also captures moments of tenderness between these spouses, many of whom have faced the challenges of raising children, financial troubles and general disillusionment about wedded bliss. And those are the ones that are still together: Sue, the vivacious bride of Block’s first-ever wedding, filed for divorce the day before he contacted her.

“We prepare for the wedding,” says Block, but “we do very little thinking about what marriage will be…Marriage is hard work, and happily ever after is complicated.”

As your wedding day approaches, take some time to plan what type of marriage you’d like to have. What kind of home do you want to create together? How will you divide household chores? Will you have a joint bank accounts or separate ones? What are your expectations around sex? Are kids in the plan? After all, fabulous flowers and Pinterest-perfect details don’t guarantee a successful marriage: it what comes after the bouquet has been tossed that counts.

Related: 6 Things You MUST Discuss Before Marriage