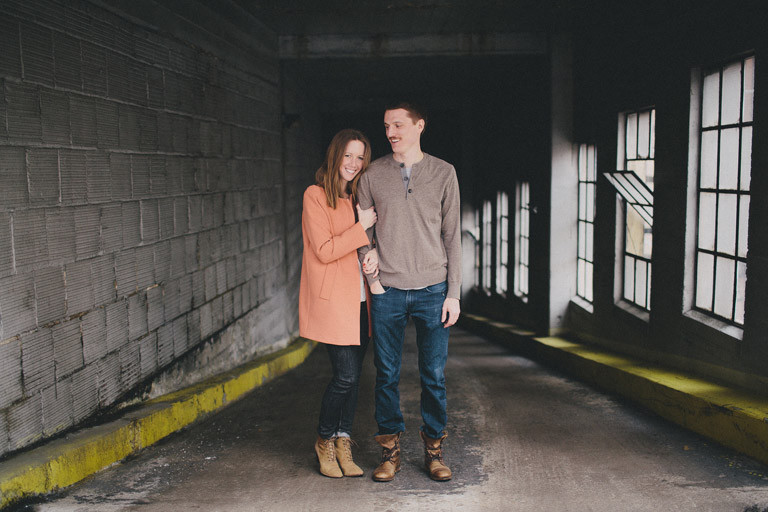 Meet Ashlae and Thom, the globetrotting lovebirds behind the blog Well Traveled Couple. (If Ashlae looks familiar, you may recognize her as the baker, writer and photographer behind the mouthwatering vegan baking blog, Oh Ladycakes.)

Last summer, Thom, Ashlae and their beloved gnome, Cedric, packed their bags for a four-month European adventure. From noshing on pastries in Paris, to soaking up the sun in Hvar, Croatia and getting engaged in Prague (!), the Denver-based couple had the trip of a lifetime. We caught up with the jet-setters to discuss their romantic proposal, the highs and lows of traveling with your partner and what’s next for this well-traveled twosome. 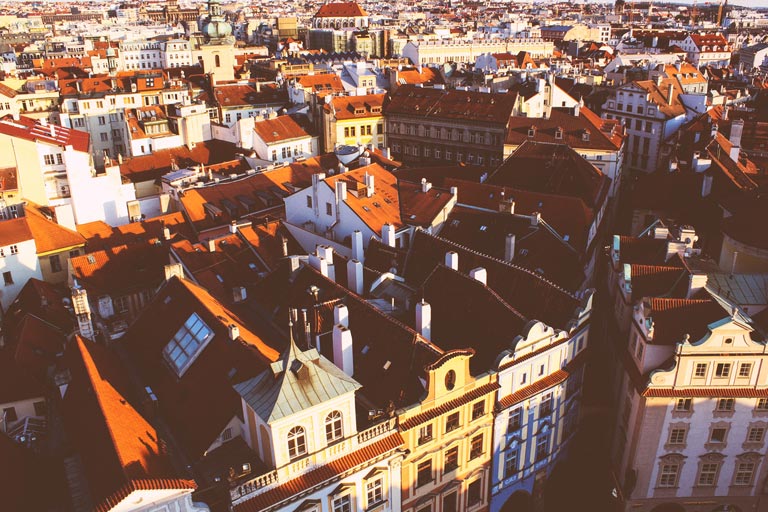 What inspired your European adventure?
Thom’s been talking about taking a long trip to Europe since we first got together in 2007 — before I’d ever been overseas. I was on the fence for a couple of years, but then he ignited my love for travel when he surprised me with a trip to Paris in 2010. We started devising plans for a European adventure shortly after we returned, and (aside from this trip) have since visited Ireland (twice), Iceland, and various places around North America. 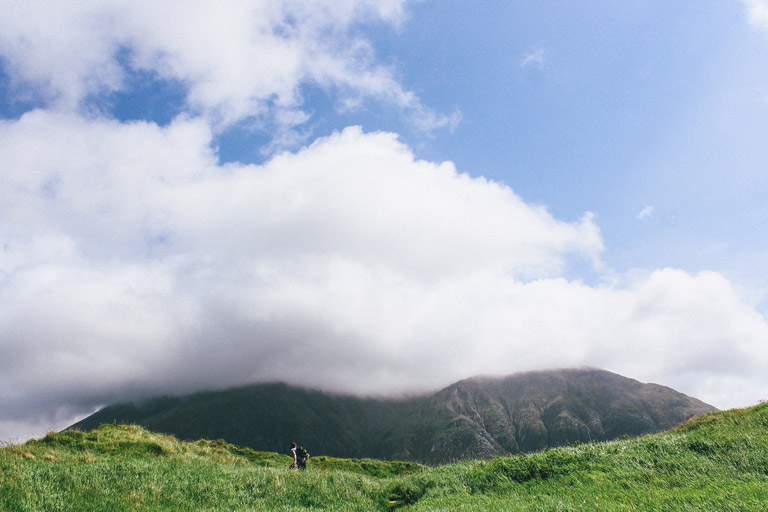 What do you love most about exploring new places together as a couple?
Traveling together has allowed us to experience new places in a way we may not normally see. We get to experience it through the other’s lens and that not only helps us to get a better feel for the city, but also helps us understand one another better. The fact that we’ve been brought so close together in physical proximity has resulted in us being more emotionally connected. We’re certainly more in tune with the other’s feelings, wants and needs than before we left — and it’s funny how easily (and quickly) we can decipher between whether the other needs a nap, a bite to eat or to be left the hell alone for a few hours. 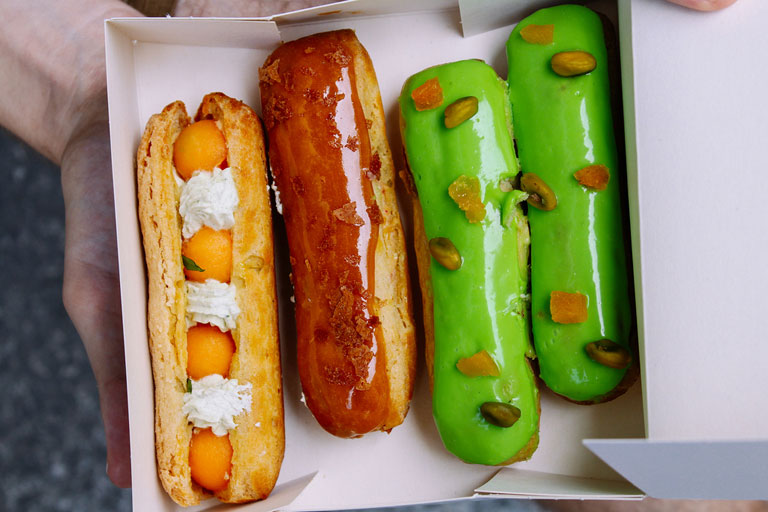 You recently got engaged while in Prague — congrats! What made the proposal special?
Ashlae says… Thanks! We’re over the moon. And I’m still getting used to this shiny thing on my finger. We’ve been together for six years and I figured we’d just kind of wake up one day and say, “Hey! Let’s get married.” You know, because we’ve been together so long. But he had other plans and I was shocked when he proposed (like a true gentleman) in Prague. I’ve got a good, good dude.

Thom says… I always knew I wanted to propose to Ashlae in Prague, it was just a matter of waiting for us to be there (which is why it took so long). I had a specific place we had to be — one of my favorite places in the world — so when her dad gave me the green light during our trip to Ireland in March, I bought the ring and started counting down the days. And even though we’ve been together for over half a decade, I was so nervous I could hardly sleep the night before. 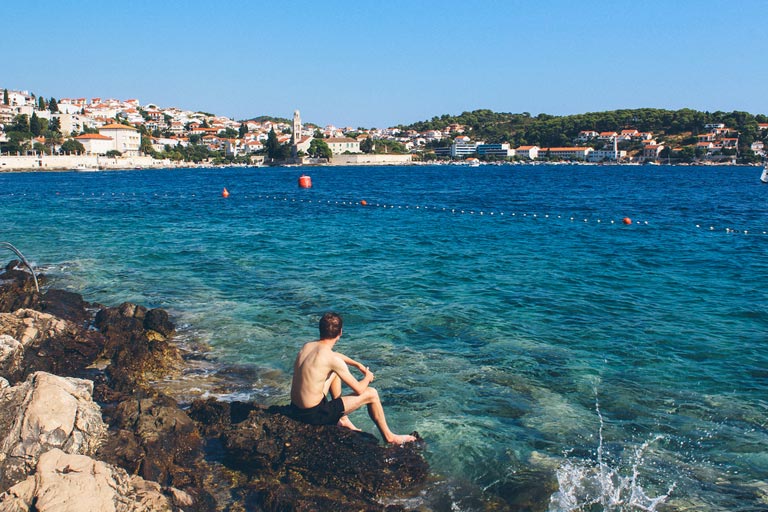 4. What have been some other trip highlights?
The single most memorable moment was from our time spent in Hvar, Croatia. One morning, we took a ferry to a small island called Sveti Clement, where we swam in the clearest blue water and then hiked two miles (through unknowingly rough terrain) (in our flip flops and swim suits) to dine alfresco in a fig orchard overlooking a vineyard. We feasted on fish that was caught that morning, homemade wine and figs that were plucked just moments before they arrived at our table. It was truly an unforgettable experience and one we hope to relive sometime in the not so distant future. 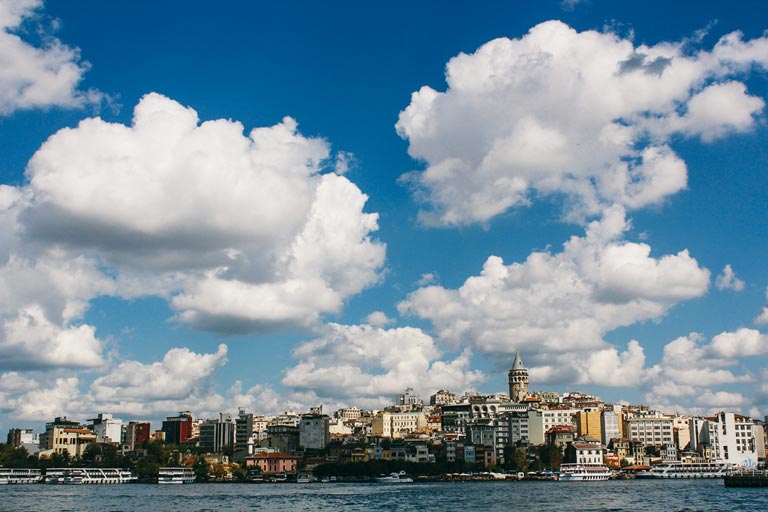 5. What do you find most challenging about traveling together?
The biggest challenge was adjusting to being around each other 24 hours a day. When we’re back home, we’re together maybe half of the hours we’re awake, so transitioning to nearly 100% of our waking hours took some getting used to. We eventually learned that it’s ok to split up and go our separate ways a few times each week, but it would have been nice if we had realized that about a month earlier. It’s all a part of the adventure, right? 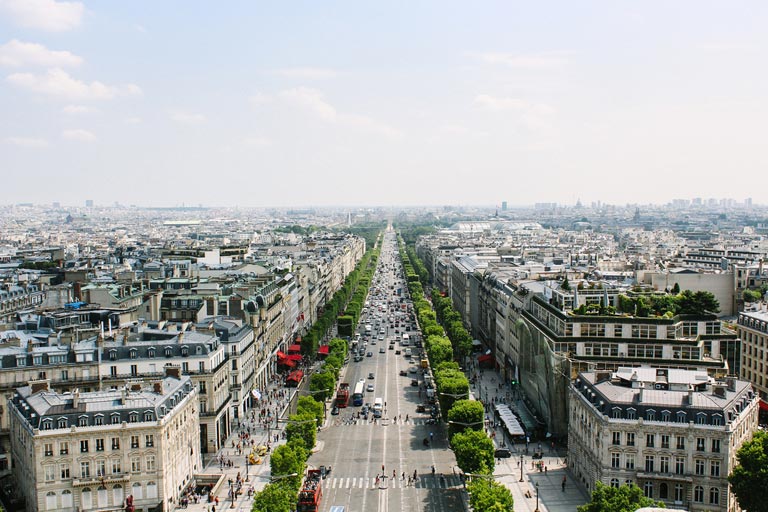 6. What are some of the most romantic sights/spots/cities you’ve seen so far?
Well, Paris is obviously dreamy and effortlessly romantic, but Prague really did it for us (even before we were engaged). There’s something about the calm, slow pace of the city that made things feel so much more intimate and genuine than they did in Paris. Not to mention, seeing Thom completely in his element in Prague totally made me fall in love with him all over again. And when he proposed? Icing on the cake. Prague wins. 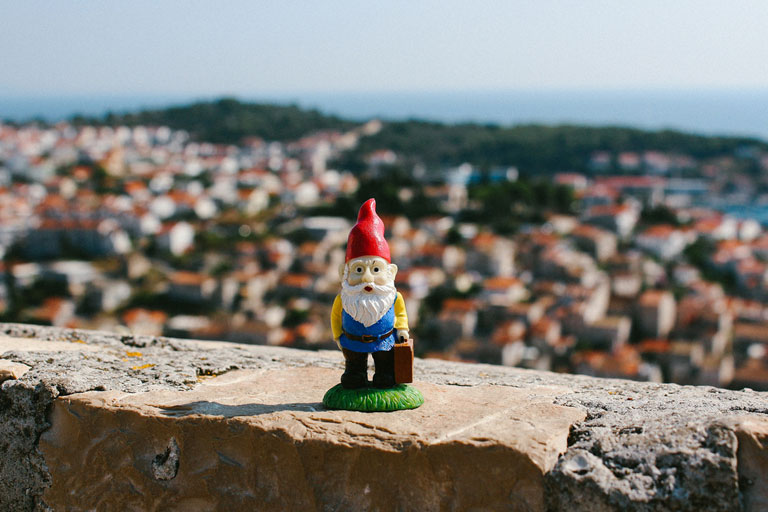 9. What is your #1 tip for couples who are traveling together?
Make time for yourself, especially when traveling for an extended period of time. You don’t have to visit every museum together or eat breakfast side by side each morning. Make it a priority to do your own thing a few times each week. And when you finally meet back up, plan for somewhere unfamiliar. It makes things more thrilling than just meeting back at the apartment or hotel. 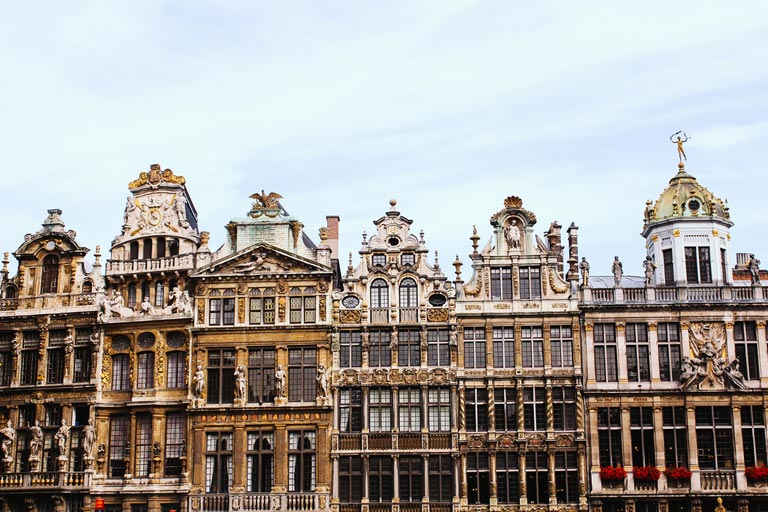 10. What’s next for the Well Traveled Couple?
We’ve already started planning our next big trip: a ’round-the-world type adventure where we’ll step foot on every continent (Antarctica included). That will likely happen late 2015, but we’re going to shoot for earlier if we can continue saving (when we get back home) like we did for the Europe trip. As for a honeymoon, it’s been hard to decide as the world has given us so many incredible options. We’ve talked about hiking to Machu Picchu, spending a long month in Bali, or going back to our favorite Croatian island for a few weeks. But since we’re planning an early fall wedding, we think it’d be pretty rad to kick things off with a weekend at Oktoberfest (with any friends and family who want to join) followed by a few weeks of traveling around Bavaria.

Image(s): Feature image by Ali Vagnini; all others by Ashlae Warner.