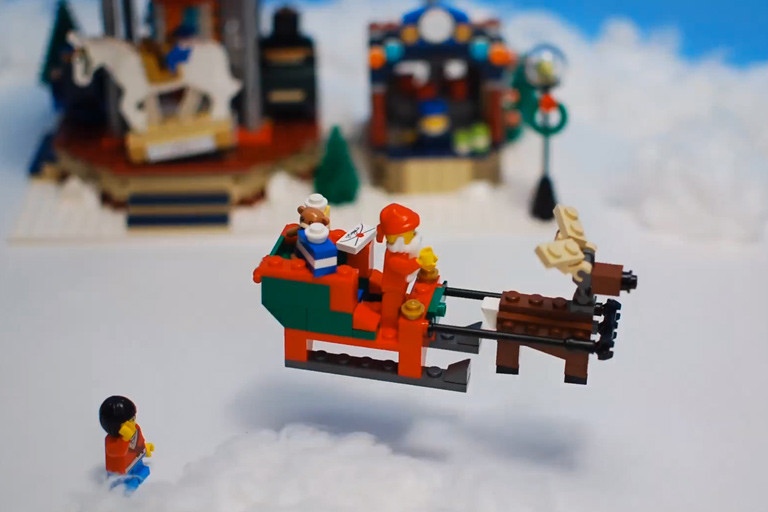 When he was little, my younger brother, Colin, was obsessed with Lego. His Christmas and birthday wish lists consisted almost entirely of Lego sets. He kept an oversize Tupperware tub of the colorful blocks in his bedroom and spent hours and hours building everything from spacecraft and castles to original designs.

It’s no wonder he grew up to be an engineer.

My brother is 29 years old now, and while he outgrew many childhood pastimes, he has never gotten too old for the miniature bricks. He was even lucky enough to fall in love with a Lego-loving girl. For the past few years, they’ve bought each other Lego sets for Christmas, and this year they decided to start building a Lego Christmas village. How cute is that?!

“Once we built the set, I started thinking it would be fun to make a Christmas stop-motion video,” Colin says. “I built a small set in the basement with bristol board and some cotton balls, then started taking some shots with my DSLR camera after moving the Lego people a small amount at a time.”

Check out the Colin and Megan’s festive Christmas video card for yourselves… we think you’ll be particularly impressed with Santa’s smooth landing!