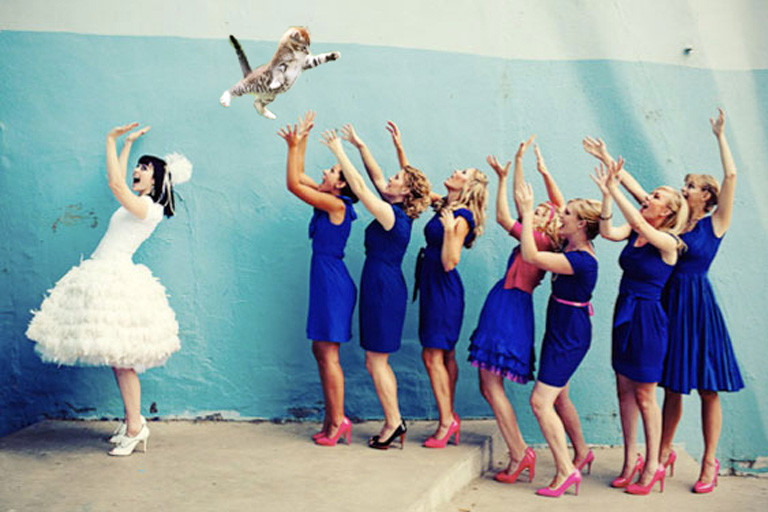 No longer confined to the grainy ribbon of a VHS cassette, the hilarious, awkward or heartfelt moments that happen at your wedding now have the potential to be seen by millions, thanks to the magic of the internet. Without further ado, we present our five favorite viral wedding moments of 2013.

5. Couple Weds at Denny’s Chapel: Denny’s superfans Nancy Levandowski and Steven Keller got married at the Denny’s Chapel in Las Vegas, Nevada. Who wouldn’t want to say “I do” then brunch on Lumberjack Slams and signature cocktails: spiked strawberry milkshakes!

4. Groom’s Awesome First Dance Surprise: What began as a fake technical glitch turned into one bride’s surprise of a lifetime. Brent (the groom) and a group of friends created a makeshift music group “The One Night Band” to surprise Julie (the bride) with a live performance of her favorite song, “Love You ‘Til The End” by The Pogues. Who says guys aren’t romantic?! 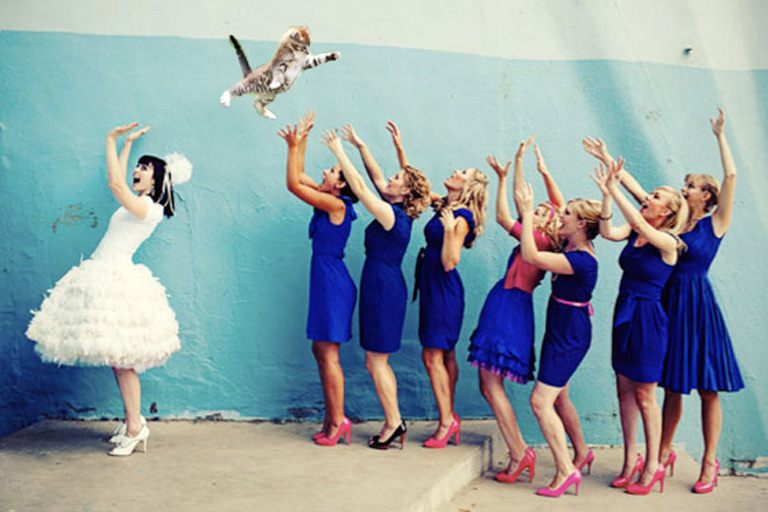 2. Man Surprises Girlfriend With Dream Pinterest Wedding: Lots of women use Pinterest to plan their fantasy wedding before they’re even engaged. Such was the case with Amanda Roman, who used her “My Dream Wedding” board to plan every last detail of her big day, from her gown to the bridesmaids bouquets. But Amanda’s boyfriend Ryan is probably the only man on the planet who would actually plan a surprise wedding for his girl based on her dream Pinterest celebration. Seriously, just watch it.

1. Maid of Honor’s Epic Eminem Toast: If you haven’t secured a maid of honor yet, you might want to get in touch with Jennifer Gabrielli, the MOH who rap-toasted her sister and brother-in-law with an epic rewrite of Eminem’s “Without Me” at their wedding in July. Gabrielli manages to delight the crowd, while simultaneously making MOHs everywhere wish they had the talent–and the guts–to toast the bride with such panache.