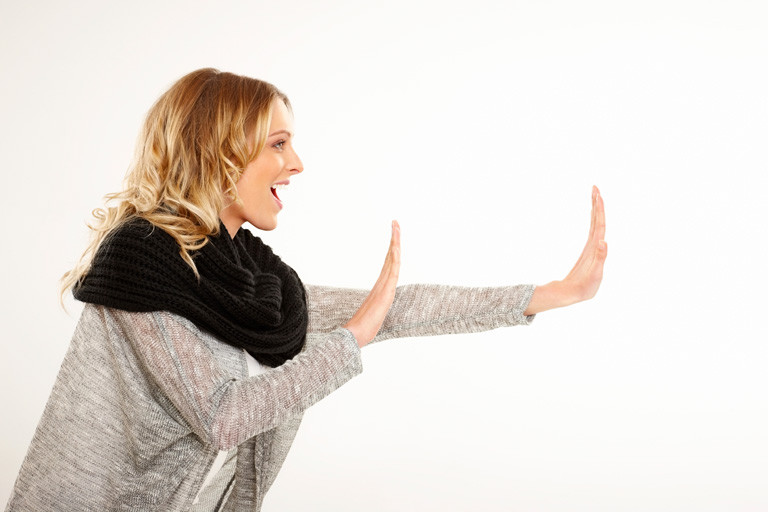 The Question You Should Never Ask a Woman

Alright guys, I need some spice in this week, so I’m ready to make another foray into the world of polarizing statements. Much like when I claimed that men should pay on the first date, my latest soap box issue is this: when is it appropriate to ask a woman when she’s planning to have a baby? Never. Wait, scratch that. If you’re her doctor, and the answer is directly relevant to a pertinent health issue, go for it. Any other scenario, do not press go.

I know this is going to ruffle some feathers. It already has in real life. I remember one conversation in particular, with a group of friends. Most of the women were already married with a baby or two, and we had gathered for brunch to celebrate the recent nuptials of one of the ladies in attendance. Mimosas hadn’t even arrived at the table yet when one of the women turned to the recent bride and asked, “so when are you guys going to get pregnant?” And there it was. The question that women between the ages of 25 and 40 hear more than any other.

There are women who think this is a perfectly acceptable inquiry (like most of your great aunts, who, after badgering you about getting married, will waste no time before they start badgering you about carrying on the family line). There are women who actually look forward to this question and start gushing about how they’re toooootally going to start trying riiiiiight away (with like a thousand extended vowels). I want to punch these women in their obnoxious baby-making face. And then I’d like to ask them one of the following:

When was your last bowel movement? How did it go?
Do you have a history of heart disease in your family?
Does your aunt have a drinking problem?

But I don’t. Want to know why? Because those questions are totally inappropriate. And so is, “when are you having a baby?”

Some of you might be quick to dismiss this, thinking, “of course she thinks this way, she’s a single 30-something woman and she’s probably just bitter that she’s not having her own bundles ofsleeplessness happiness any time soon.” All I can say to that is sticks and stones.

The question isn’t offensive because I don’t have children. It’s offensive because it automatically assumes that everyone should aspire to having children, and that if you don’t, your life is somehow less than fulfilling, which, as the Globe and Mail recently pointed out in the article There are other options to motherhood, is not necessarily the case.  “The fewer children a woman chooses to have, the better off she is likely to be. And if she chooses not to have a baby, she’ll be the best off of all, particularly if she is educated and gainfully employed.”

It’s also offensive because it assumes that getting pregnant is as easy as picking up your dry cleaning (which, thank god it’s not, or else there would be a lot more babies and a lot less clean laundry). I’ve seen friends, young and old, struggle with fertility, and I’ve seen how hurt they are when women pose the pregnancy question without considering that perhaps the person they’re asking is having a challenging time on their road to a baby bump.

The reality is, when you ask someone when they’re planning to get pregnant, you have no idea what their reality is. They might be trying to no avail. They might not want kids. They might be wavering in their marriage. They might be part of the witness protection program and you’ve just blown their cover, in which case, you now know too much and have been classified as an expendable threat (sleep with one eye open). You just don’t know, and without knowing, you might (unintentionally) be hurting someone’s feelings. Or, at the very least, spoiling their surprise.

I brought up some of these thoughts at the post-wedding brunch where my friend was being peppered with pregnancy questions, and I was met with immediate reproach. “But we’re her closest friends,” said one of the women, as an explanation. That may be true, but your role as a friend is to offer unconditional, judgment-free, love and support. Let your friends know you’re there for them, with an open mind and an open heart. Be there for joyous moments to celebrate, and for sadder moments, to offer support. Do that, and they’ll know that they can come talk to you with any news, happy or sad, so you won’t have to ask, because when they’re ready to share whatever it is they have to share, they’ll do so without any prodding.

As for me, children may or may not be in my future, but of this I’m sure – if and when they are, I’ll let you know when I’m good and ready, and not a moment before.

filed under: advice
< Finding Love Again Should You Marry With Your Heart Or Your Head? >