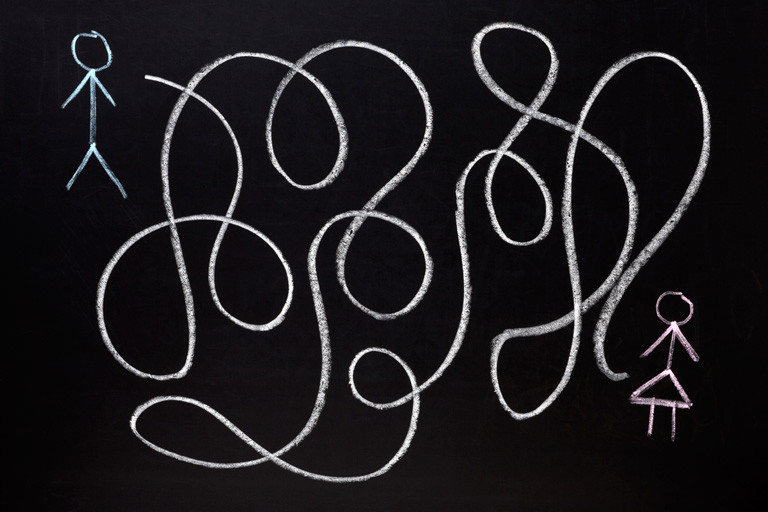 My uncle and aunt were happily married for over 40 years. My aunt’s death from cancer ended a partnership that was a true demonstration of what it means to stick together through thick and through thin, and in sickness and in health. I could never have pictured my uncle with anyone other than my aunt. How does one “replace” your life partner and soul mate for someone new?

But my uncle is now with a lovely woman, also widowed many years ago. My uncle and his partner are both now in their 80’s, and have been happily together for several years — although my uncle (always a gentleman) is discreetly vague on the details. What is known is that they are very much a couple — they conveniently share condos side-by-side, attend every family function together and go away on holidays.

Is it possible that my uncle lives under a lucky star and was fortunate to have been hit by Cupid’s arrow a second time? After all, statistically-speaking, second marriages fare far worse than first ones, and third ones have an even shorter life span than second ones. Unfortunately, when it comes to learning from experience, humans seem to be dumber than dust in the relationship department.

But perhaps it’s not fair to lump all second and subsequent marriages together. Instead, is it possible that those who have enjoyed solid previous unions have a better chance to enjoy a happy subsequent one? Is doing well in the first round a good predictor for how things will work out the next time? My uncle certainly believes this to be the case. And from my own anecdotal evidence I bet he is right. Perhaps luck doesn’t tell the whole story, and that these happy second-timers deserve more credit than that.

One research study I read in Psychology Today compared marital satisfaction in the early years of marriage between couples who stayed together and those who subsequently divorced. Interestingly, marital satisfaction in the early years was similar for both groups of people. In other words, the divorced group did not have lower levels of marital satisfaction than the group of couples who ultimately stayed together. But what did differentiate these two groups of couples was that the “divorced” group displayed more anger, blame and criticism towards each other even in their first year together. In contrast to the “married” group, they lacked strong cooperation skills to solve conflict in a constructive way.

I have always suspected that committed relationships require a core set of competencies. And this makes sense of course. Every profession demands a specific set of knowledge and skills. The reason I am not an architect is that I lack spatial skills, math genes, and the right kind of creativity. It would make sense then that skills that allow one to play well in the relationship sandbox such as cooperation and conflict resolution are ones that make a difference to relationship satisfaction and longevity.

So, for the successful second-rounders like my uncle and his partner, the competencies that served them well in their first romantic unions are the same ones that continue to serve them well now.