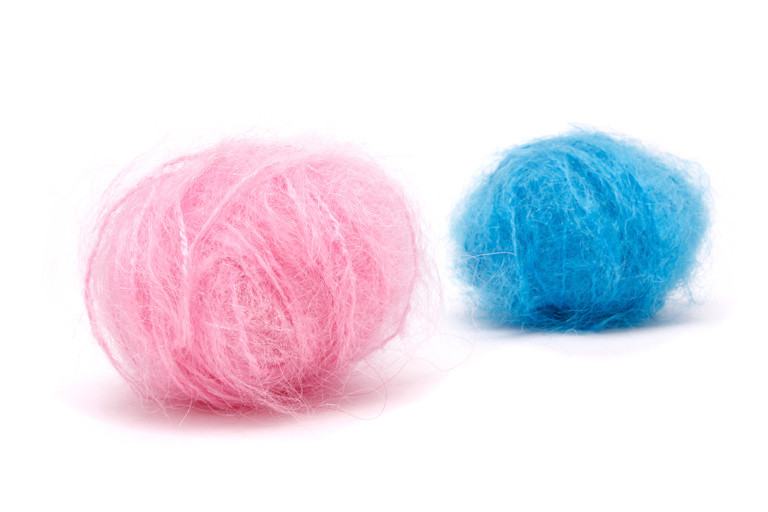 No matter how frequently I hear them, comments about having kids can still blindside me. “That’ll be you in a couple of years,” says my father-in-law, in response to a commercial for one of those “tons of space, but still cool” family cars. “Or a few years…” he corrects himself, seeing my expression.

“Or never,” I say, which is completely untrue. I want kids–someday–but I want to be the one to decide when that day is.

My husband is the eldest of four siblings. When we got married at age 23 last year, he struck a deal with his mother: no asking about or even mentioning grandchildren until we’re as old as she was when she had him. We figured this would buy us a few years, since anyone who knows her knows that she wants nothing more than grandchildren.

We know she’s still pining for us to procreate, but she has kept her word. Instead of asking us when she’ll be a grandmother, she quietly plans at home.

My sister-in-law informed me one day that her mother had created a spreadsheet to track her grandmotherly spending. In a new scientific revolution, she’s developed a formula so she can treat her grandbabies exactly equally, whether they live near or far, are tots or teens, or need an extra helping hand once in a while.

I’m pretty sure this is filed away in her spare bedroom where she’s also stockpiling new toys she’s been buying for her yet-to-be-conceived grandkids.

As odd as this may be, I know my mother-in-law means well and this behind-the-scenes planning is actually easier to handle than constant comments from other friends and family.

Something as simple as taking a nap (an innocent pastime in university) is suddenly interpreted as a symptom of early pregnancy. As soon as someone jokes about this on my Facebook page, I’m practically inundated with questions about whether or not I’ll be indulging in a glass of wine or settling for a cup of juice at a friend’s upcoming birthday party. Do I have to binge drink to prove to everyone I’m not with child? And if I do, who will be first to interpret my hangover as morning sickness?

Besides the obvious reasons not to pester a young couple about breeding–perhaps we don’t want kids or we physically can’t have kids–how about the simple truth: We’re just not ready for the pitter-patter of little feet. Right now, I’m still more interested in chasing shots than chasing toddlers.

That may sound irresponsible, but it’s far worse for a couple to have children simply because they feel it’s the next step or it’s what’s expected of them.

And when the time comes and I am a mother, I hope to be as dedicated and passionate about my family as my mother-in-law and other relatives are about theirs. But I’m not there yet. I want to learn to be a good wife, daughter-in-law and sibling-in-law before I add another role to my repertoire.