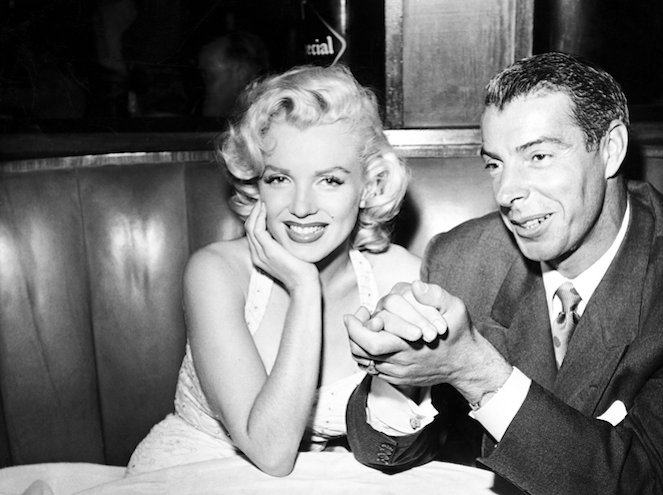 The 25 Best Romantic Moments Of All Time

Get ready to swoon, ladies and gents! We’ve created a list (in no particular order) of the top romantic moments in pop culture memory, including everything from movie moments and TV romances, to epic proposals and sweet tweets.

2. Beyonce finishes a grand performance and shows off baby bump for the first time while Jay-Z jumps for joy.

3. When Ross says Rachel’s name during his wedding to Emily.

5. Baseball player “Joltin'” Joe DiMaggio, who married Marilyn Monroe a year before she died, remained devoted years after her death. He never remarried, and after her death, he sent red roses to her grave in Los Angeles three times a week for the next 20 years.

6. When Ryan Gosling and Rachel McAdams won “Best Kiss” at the MTV Movie Awards, they recreated an epic kiss on stage!

7. The movie trailer proposal, a.k.a the best marriage proposal — EVER!

8. In 10 Things I Hate About You, when Heath Ledger sings in front of the school to win over Kat, played by Julia Stiles.

9. In A Walk To Remember, when Landon finds out Jamie is dying of cancer, he helps to complete her bucket list.

10. In Say Anything when Lloyd (John Cusack) holds a boombox over his head as it plays “In Your Eyes.”

12. When Kanye West only followed his lover, Kim Kardashian, on Twitter.

13. When Cory tries to win back Topanga by declaring that they are a masterpiece.

14. Barack Obama is so romantic on Twitter, tweets special message to first lady on anniversary.

15. The epic “Spiderman kiss” in the movie Spiderman.

16. When Tom Cruise says “You had me at hello” in Jerry Maguire.

18. The Kiss at Vancouver riots.

21. When Chuck Bass interrupts Blair Waldorf as she gets ready to get married.

22. Justin Timberlake wrote a song to sing when his love Jessica Biel walked down the aisle, bringing everyone to tears!

23. Jordan Bratman filled Christina Aguilera’s Californian hotel room with balloons and rose petals. Attached to each balloon was a gift box containing a love poem written by Jordan, and in the final box was Christina’s dazzling five-carat diamond engagement ring.

24. While Carey Hart was racing, Pink held up a sign that said ‘Will you marry me?’ as he sped past. Carey promptly ditched the race to run into his new fiancee’s arms!

25. David Beckham tattooed Victoria’s name and portrait on his body, and she also matched him by getting his initials on her wrist.