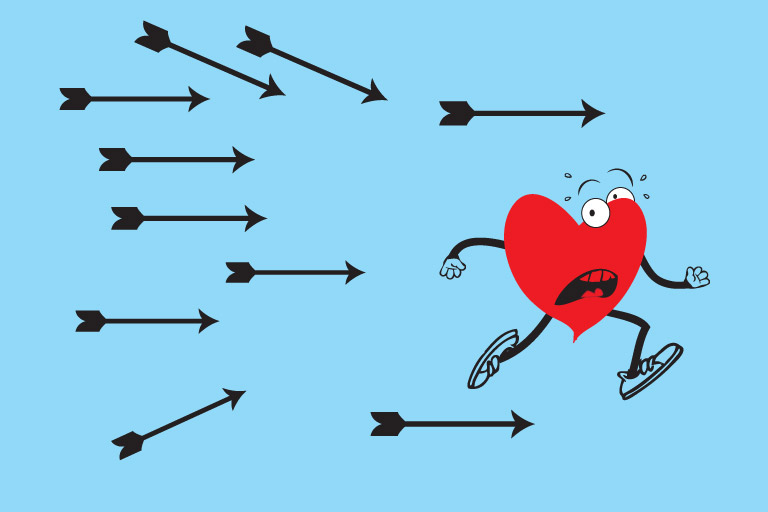 The #1 Habit That Leads To Bad Fights With Your Partner

When you think of the word “defense,” what comes to mind?

Personally, I think of medieval European castles, with drawbridges, gates, and moats designed to protect their inhabitants from intruders. Perhaps you might think of an NFL football team defending its end zone or a mother hen defending her chicks from predators.

In any of these examples, let’s see the common thread. Defense, by definition, is a mechanism designed specifically to keep others away or chase them off.

While defense is great on the battlefield or the sports arena, it isn’t always the best tactic in relationships. Relationships aren’t about winning or being right. They’re about sharing intimacy and developing trust, and they certainly don’t thrive when the verb “keep others away” is the main action taking place.

In all our relationships, at one point or another, we do things that make others upset or uncomfortable. When this happens, our friends or partners may confront us about how our actions have affected them. In these difficult scenarios, you have two choices about how to respond: you can defend yourself, or you can stay open to their perspective, which likely you disagree with during the conflict. You can cower in your castle, shooting arrows and pouring boiling oil to keep the invader out; or you can roll down the drawbridge, open up your heavy gates, and invite the trespasser in for dinner.

So which would you prefer? Suppose you have invited me to dinner, and I am an hour late, with no explanation or apology. After a few moments of strained pleasantries, you might say, “Alan, you were an hour late. I was concerned.”

• “You know I’m usually late. You should have expected it.”
• “The last two times I invited you to dinner you were half-an-hour late, so I didn’t think time mattered to you.”
• “So what? Since when is being late a big deal?”

My possible defenses are infinite.

But let’s be real. If I defend my action, would you invite me back to dinner anytime soon? Or at all? I doubt it — not because I was late, but because I attacked you by being defensive. You probably would not feel that I appreciated you, and, more importantly, you might conclude that I would do the same thing again. And if we were in a long-term relationship, my defensive behavior would, over time, erode all of your warm feelings toward me.

But suppose that instead of defending myself I was open and said, “Please say more.”

You might then respond, “I spent hours preparing a special dinner, which is now cold. I was also worried that you had been in an accident or that something horrible had happened to you.”

And I could say, “Thanks for telling me. I have no excuse; I appreciate your invitation, and if you were an hour late, I would be concerned and feel the same way you do. I intend to always be on time for you in the future, but if I am ever late again I promise to call you as soon as I realize there is a problem. My behavior is inexcusable, and I’m sorry.”

This approach is much more likely to inspire a pleasant response, and to keep all of your relationships in good repair

If you value friendship and intimacy, I will share my belief with you that the best defense is no defense at all. What if you permanently demolished the walls of your fortress, swung your castle gates wide open, asked those who are close to you how you can help them, and then encouraged them to come right in? Well, that’s available to you, believe it or not.

Alan Fox is the New York Times bestselling author of PEOPLE TOOLS, a series of self-help books that give powerful advice on building happy and meaningful relationships. He has shared his wisdom with national audiences including the Steve Harvey and The Meredith Vieira shows. Alan’s charismatic optimism and kind heart is the secret to his connection with his readers.

< This Valentine’s Day Give A Card With More Oomph Is Your Partner’s Ex Driving You Crazy? 3 Ways You Can Make It Stop >