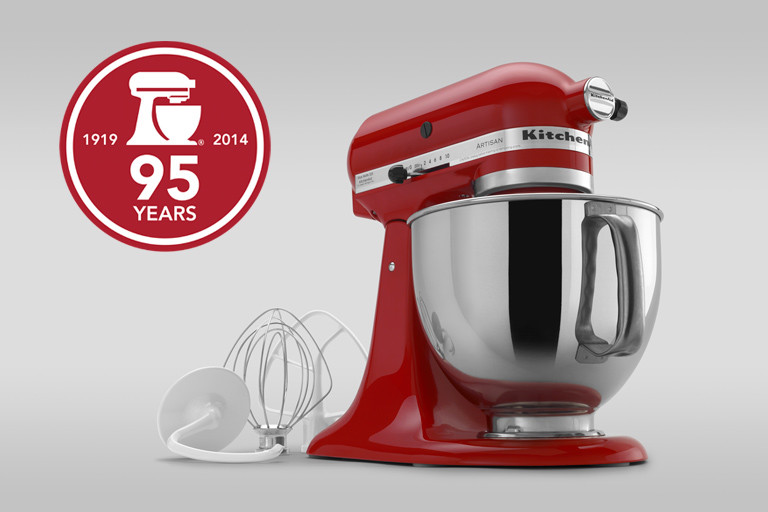 Here’s a beauty that at the age of 95 is just as useful as ever, still powerful, and even more stylish: the KitchenAid® stand mixer.

Born in 1919, the mixer went through a few design changes in its youth, but the iconic silhouette introduced in the 1930s (called Model “K”) has remained virtually unchanged. Here is what has changed: the choice of colors! The KitchenAid® mixer your grandmother had was probably white, but it’s now manufactured in 60 different shades. Originally sold door-to-door by a mostly female sales force (quite revolutionary back then), the KitchenAid® stand mixer is now widely available around the world and is a mainstay of wedding gift registries. It’s a versatile workhorse that’s built to last, and looks fabulous too. With its various attachments, it does so much more than mix. 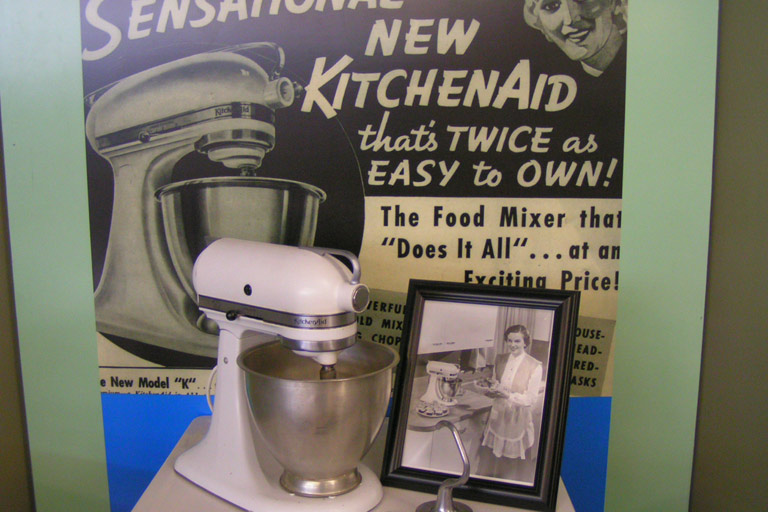 The stand mixer was only the beginning for KitchenAid®. Major appliances (starting with the dishwasher in 1949) and additional countertop appliances followed, all created with the same attention to detail, quality craftsmanship, versatile technology and timeless design. In recent years the demand for the KitchenAid® stand mixer and its sister appliances has grown so much that the company has announced a huge expansion of its factory in Greenville, Ohio.