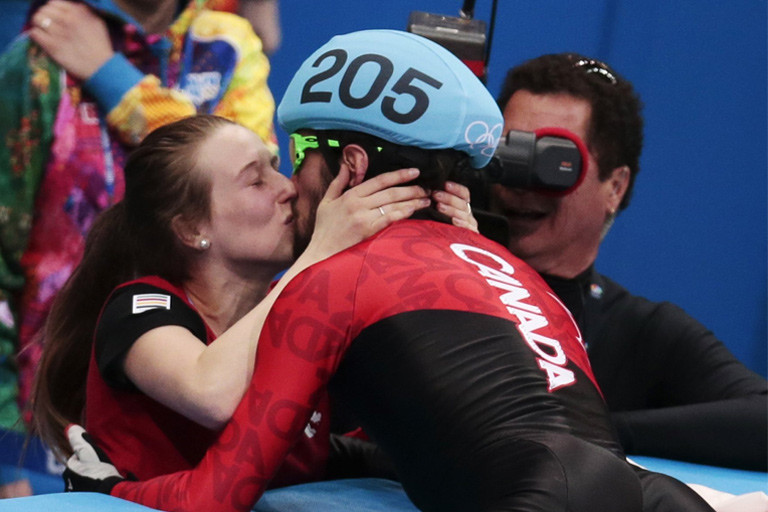 Canadian speed skater Charles Hamelin added another gold to his collection of Olympic medals after winning the 1,500-meter race on Monday in Sochi.

Although Hamelin was trailing in third place with six laps left in the race, he managed to pull ahead to take the lead and be the first to cross the finish line. While his coaches and all of Canada celebrated Hamelin’s win, his girlfriend, Marianne St-Gelais, was particularly thrilled: after Hamelin took a victory lap, St-Gelais rushed down to meet her boyfriend on the padded boards for a celebratory kiss.

You might remember the epic kiss between Hamelin and St-Gelais, a fellow speed skater and Olympic medalist, after he won gold in the 500 meter race at the Vancouver Olympics in 2010. Their passionate embrace became a stand-out moment of the 2010 Games for many Canadians. Watch the clip below to relive the couple’s iconic 2010 celebration.