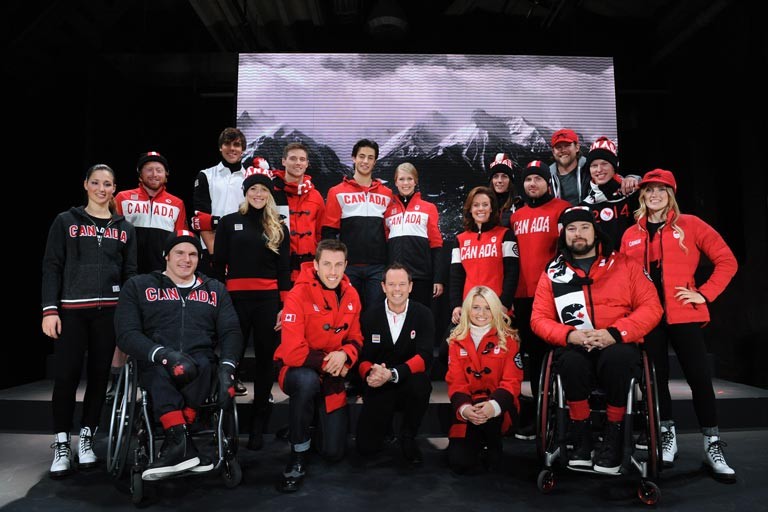 The Opening Ceremony for the  Sochi 2014 Winter Olympics are just hours away! Show off your patriotic side and support Canadian athletes by wearing paraphernalia from Hudson’s Bay Olympic Team Collection. 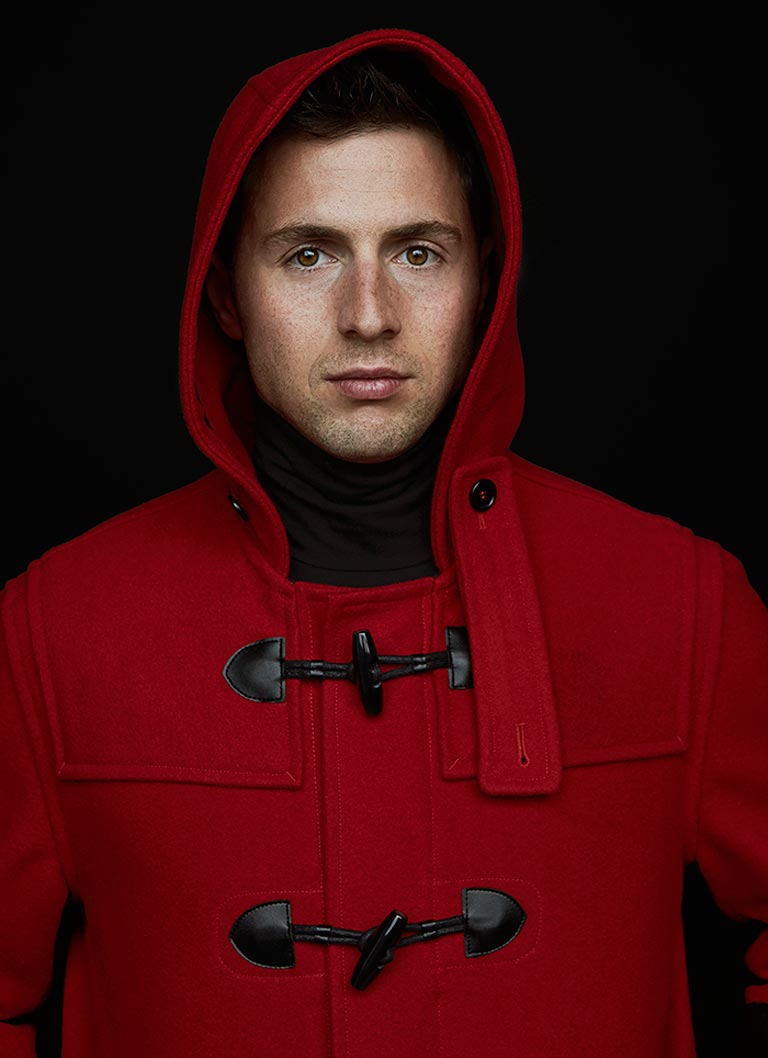 Style meets sport in the modern collection, which is made up of Canada’s iconic colors — “Maple Leaf Red, Northern White and Winter Night Black” — and includes lots of cozy things to wear while watching the athletes compete from the comfort of your couch. Hooded sweatshirts, zip-up sweaters, “podium” jackets, coats, mittens, scarves, and color-blocked t-shirts are all available in the collection. The Maple Leaf and some of your favorite Canadian animals, including the loon, polar bear and beaver, also feature prominently in the collection.

“We’re so proud to continue to be a part of the Olympic Games and are thrilled to be the Official Outfitter of the Canadian Olympic and Paralympic Teams,” says Bonnie Brooks, President, Hudson’s Bay Company. 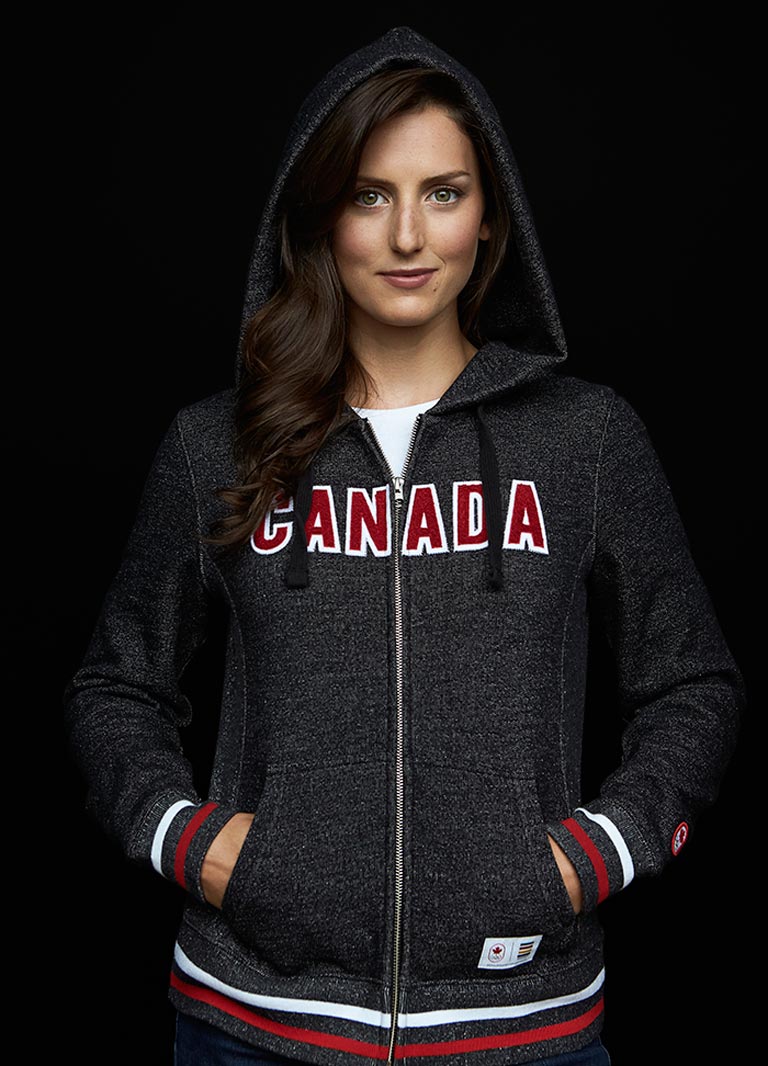 “Canada’s style and personality is instantly recognizable internationally, and we designed the Olympic uniforms to reflect who we are as a nation,” says Hilary Kelley, VP of Design, Hudson’s Bay Company.  She continues, saying that the collection is both modern in style, with classic refinement. 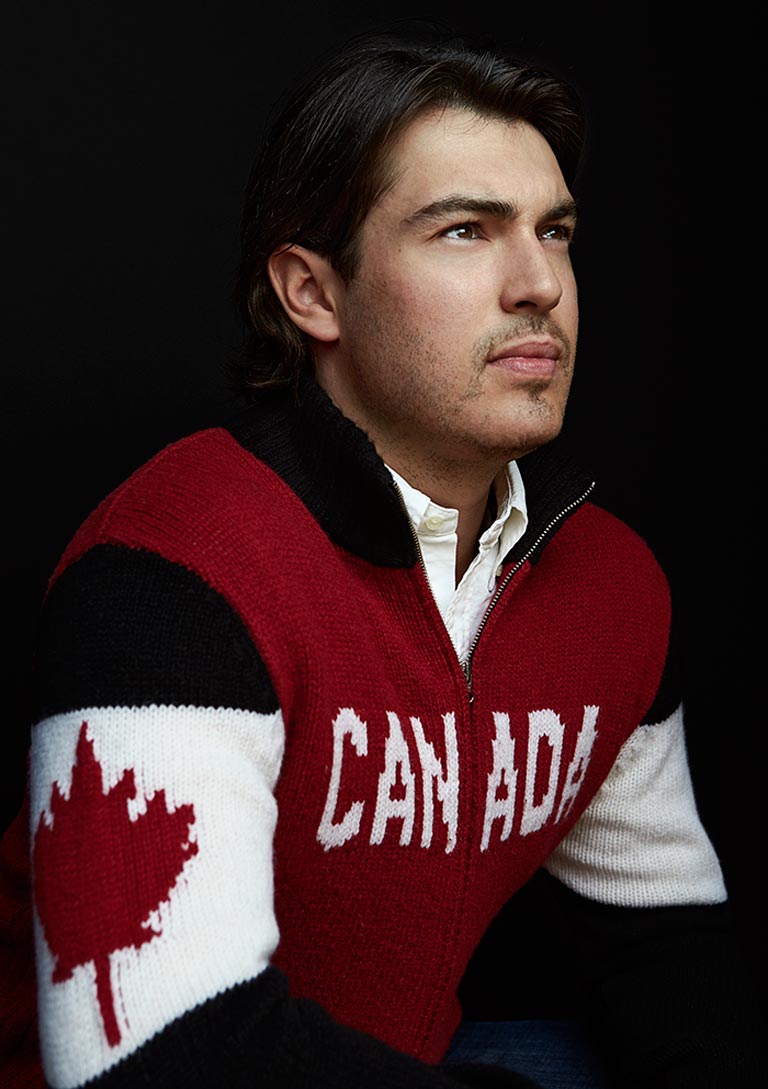 Each Canadian athlete received 32 uniform items, including leisurewear, jackets, pants and accessories. Keep an eye out for the Canadian teams in their spiffy uniforms at the Opening and Closing Ceremonies and on the podium — hopefully we’ll see them there a lot!

We may not all be Olympic athletes, but at least we can dress like one and show our support for our stellar Canadian Olympians!

Check out this behind-the-scenes video of Canadian athletes making the look book for the 2014 Sochi Winter Olympics collection.