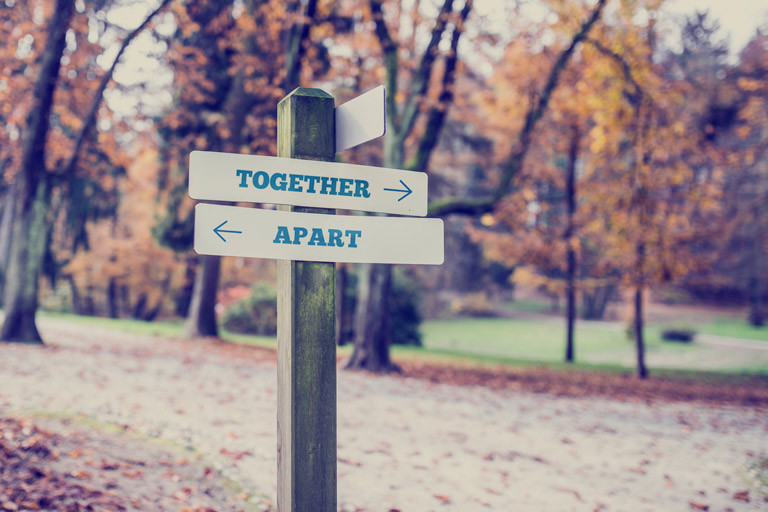 Should I Stay Or Should I Go Now?

Charlie, one of my 30-something friends, is having a clash of his own. One day he thinks he should stick with his live-in girlfriend, Lea, of five years; the next day he feels like it’s better to pack his bags and go.

This “should I stay or should I go” debate has been ping ponging in his head for several months now. While Charlie loves Lea, he is also tired of arguing about housework, not as keen as her to start a family, and not feeling the sexual sparks like he used to.

While Charlie feels his relationship with Lea has its challenges, he also knows from past experience how much he detests being single. He needs someone in his life. And by all objective standards Lea is a “good catch”–she is smart, kind and attractive.

Should I stay or should I go now? That is Charlie’s million-dollar question. It’s a refrain I have heard from countless others too.

As I was discussing the “Charlie situation” with my friend Deirdre, she recalled something her therapist once told her–the majority of men stick with partners until they find someone better than what they’ve got. So will Charlie bid “hasta la vista” to Lea once he has found a better alternative?

Probably. I am reminded of what I learned in Psychology 101 about social exchange theory. We stay in relationships where the upside outweighs the downside in context of the alternatives. So, many people stay in undesirable relationships because the “pros”, say financial security, outweigh the “cons” of say living with a chronically grumpy partner. It’s hard to give up what we’ve got when there aren’t better options. It’s easier to jump ship when there is a safe place to land.

But being “happy” in a relationship is no guarantee the relationship will last. Like me, you probably know at least one person who left a good relationship when a better option came along. At my 20th high school reunion, two high school sweethearts re-connected. Mary left her husband and kids to move to another city with Terrence. Mary’s husband probably never had a chance. How do you compete with another man who makes your middle-aged wife feel 17 again?

Getting back to Charlie. He is facing an agonizing decision. He can’t predict the future–maybe the “perfect” mate will come along, or maybe not. And if one does, would that be a good enough reason to jump ship? What to do?

Perhaps Charlie should figure out the cost-benefit in his own relationship. Is he giving enough credit to all that is working well now–or is he overlooking or under-valuing some benefits? For sure, Charlie may find a “new” relationship that feels more exciting, but chances are he will eventually be confronted with similar domestic issues that plague him now.

Do you want to take a stab at how long Mary and Terrence’s mid-life teenage hormonal revival lasted? 10 months. Yup, 10 months. Sometimes the grass isn’t really greener on the other side.