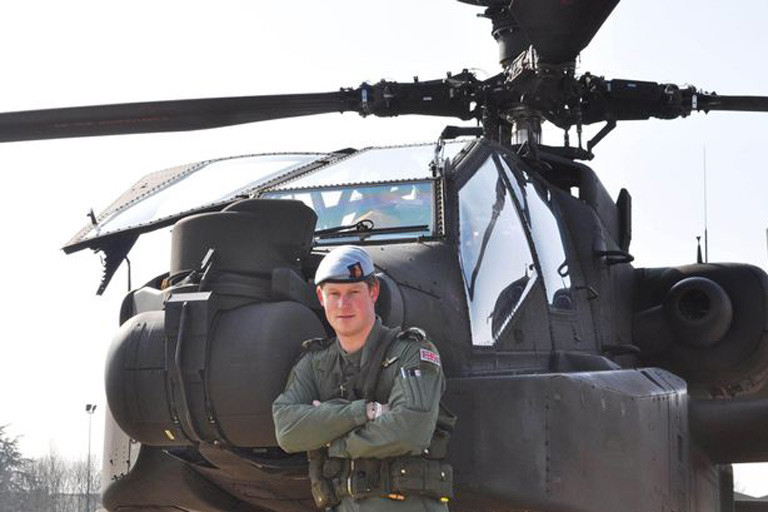 After spending three and a half years on active duty with the Army Air Corps, Prince Harry will retire from his job flying Apache helicopters and settle into a desk job at HQ London District.

In his new role as Staff Officer (a.k.a. SO3 Defence Engagement), Prince Harry will be responsible for organizing Trooping the Color (an annual tradition that takes place on the Queen’s birthday) and commemorative events for the First World War.

Prince Harry, who starts his new gig in three weeks, also hopes to help bring the Warrior Games to London at the end of this year. Harry grew interested in bringing the Paralympic-style games to England after he watched teams of injured British and U.S. servicemen compete in the event last year in Colorado.

A royal source said, “If the Warrior Games does come to London that would be a special project that would involve the Army, so the Prince would be involved in that. But his responsibility would be in line with his rank as a captain, so he would not be in charge of the whole thing.” (Alrighty, then.)

We bet Harry’s girlfriend Cressida Jones is happy to hear that her man will be staying put on London soil now that he’s completed his active duty. [Telegraph]