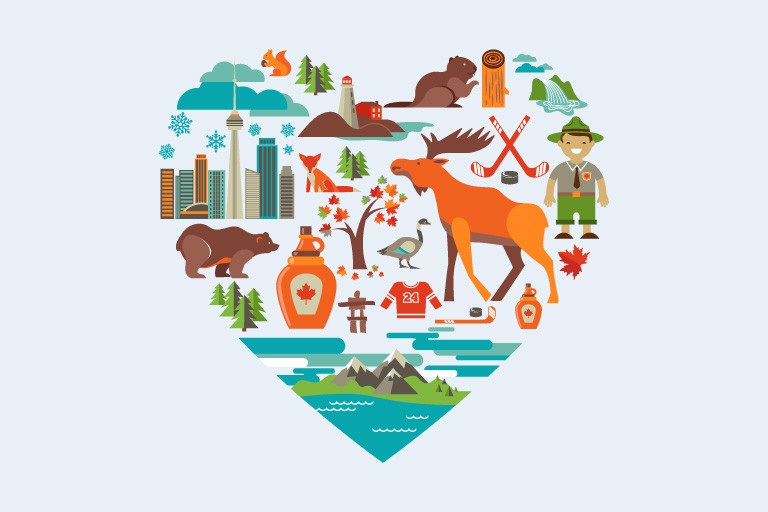 Just in time for Canada Day, we look at how Canadians view love and dating with these interesting survey results from Match.com. It turns out there is some common ground from coast to coast as well as some surprising ways lovers differ in each province. Let’s start with the shared views: overall, Canadians are a romantic bunch: 75 per cent believe in soul mates; 50 per cent believe in love at first sight (and 71 per cent have experienced it first hand). When it comes to dating habits, however, there are some noteworthy differences between the provinces:

British Columbia – Residents of B.C. like variety: one in 10 survey respondents admitted to dating two or three different people at one time (and 20 per cent admitted to going on two dates in one day!).

Alberta – Albertans are traditional overall: 43 per cent believe the man should pay for the date (regardless of who initiated the outing).

Saskatchewan – Respondents in Saskatchewan love good food (45 per cent consider themselves foodies). Their biggest turn off on a date? Seventy per cent say being rude to the wait staff at a restaurant is a deal breaker.

Manitoba – When Manitobans are in the mood for love, they like to have a good soundtrack: 55 per cent of respondents listen to music during sex!

Ontario – Singles in Ontario are seriously organized when it comes to dating: 65 per cent consider themselves “planners” and 52 per cent admit to researching their dates online beforehand.

Quebec – Residents of Quebec know what they want (and what they don’t!): 43 per cent say they know within 15 minutes if the date isn’t going well and 31 per cent have lied about an emergency in order to leave early!

Newfoundland – In Newfoundland residents like to share dating stories with their loved ones: 27 per cent talk to their family about dating and 54 percent chat with their friends.

Nova Scotia – Sixty four per cent of singles in Nova Scotia say they love to flirt, and 43 per cent describe themselves as “naturally flirty”!

Prince Edward Island – Last, but certainly not least, respondents from this province agree they love to lock lips: 83 per cent say kissing is important in a relationship (and 50 per cent say their favourite kiss is a French kiss with tongue!). Happy Canada Day, indeed!

filed under: Canada Day, dating
< 8 Things You’ll Do Because of the Dog Picking the Perfect Pet >