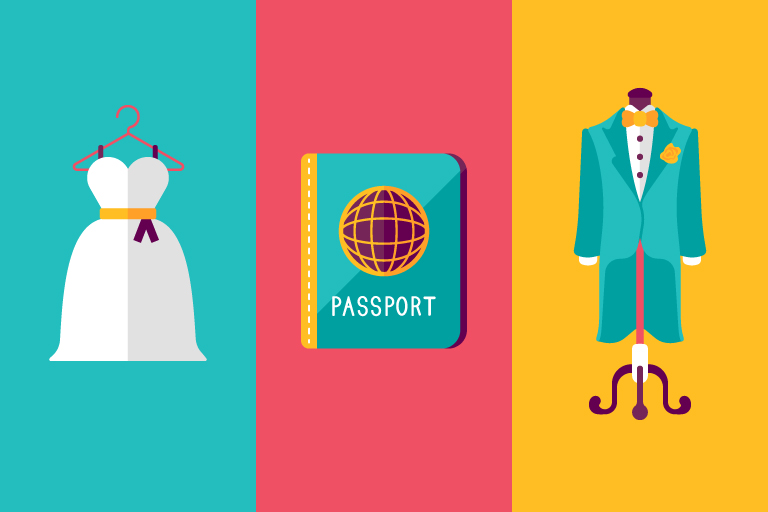 Is My Marriage A Sham?

With all the fake marriages to gain entry into this wonderful country of ours, can you blame Citizenship and Immigration Canada for helping their officers weed out a ‘non-genuine’ marriage from true love?

A recently leaked training manual titled “Evidence of Relationship” did just that. I’m all for giving the heave-ho to people who jump the queue–unless marriage is their only vehicle to save them from human rights abuses (not that a legitimate marriage is any picnic). But as I review the list of “indicators” that Citizenship and Immigration Canada suggests may be evidence of a sham I realize how suspicious my own marriage looks.

Here are five of Citizenship and Immigration Canada’s criteria–to show you what I’m talking about.

The couple do not kiss on the lips in photos. My husband John is pretty Anglo. He is not big on public displays of affection. In the 30 years we have been a couple, I could probably not produce too much photographic evidence of physical proximity. Sometimes I torment him by reaching for his hand as we are walking down the street. He always lets go first.

Photos without parents or any family members, just a small group of friends. Again, it’s not that we didn’t love our parents or extended family, and it’s not that we don’t have a really wonderful group of friends–but we don’t get together to “pose” for pictures. Even our kids who have their iPhones permanently affixed aren’t big on capturing the moment. We have tons of pictures of our dog though. Surely, this must count for something.

Informal reception in a restaurant. Well, obviously. John was a student and I was working in my first job when we got married. We were hardly flush with cash, and were paying for the wedding mostly on our own. My oldest friend got married a few weeks after me. Her dress cost more than our down payment, and her guests dined on foie gras while ours nibbled on party sandwiches. I guess that kind of does make her marriage look more real than mine.

There are no “diamond” rings. Seriously, you would have to have been raised on Mars not to know that you don’t pop “the question” without an offering of a diamond ring. Yet, that is exactly what John did. The good news? John’s mom felt sorry for me and gave me this honking diamond ring that is a family heirloom. Not a bad score–take a look at the photo!

Wedding photos done professionally but pictures are very limited. Now, this is funny. Our photographer had a day job as a forensic photographer, taking pictures of dead people. After hours, he shot weddings. When we met with him, he proudly showed us his portfolio of cheesy wedding photos. One was a couple looking down at themselves from a heavenly mount. John and I looked at each other horrified, and simultaneously instructed him to think “morgue” and to capture “just the facts.”

Thank goodness John and I are “real Canadians”. No self-respecting Citizenship and Immigration officer would ever believe our love was genuine. But they would be wrong.