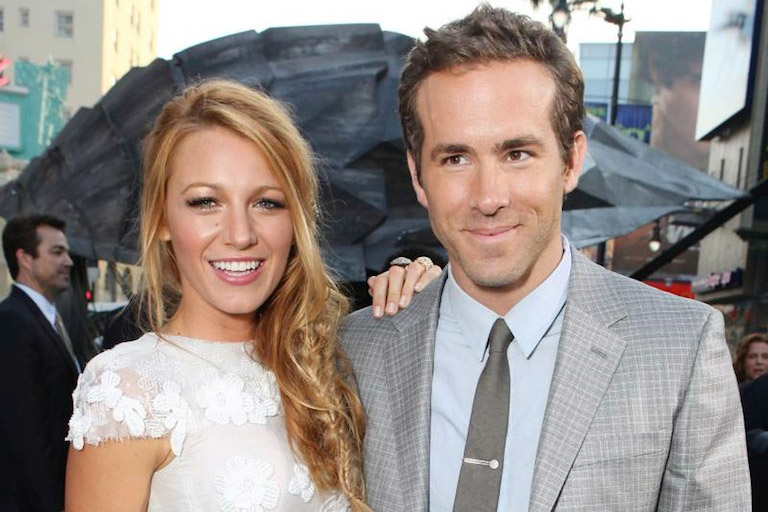 Is It Wrong For A Woman To Dress Her Man?

“I would never walk out of the house without her approval,” Reynolds told Extra while in Barcelona for the premiere of Turbo.

The hunky Canuck, 36, went on to say that Lively, 25, chose the pastel outfit that he wore to the premiere: a summery mix of coral, light blue and grey. We can just picture the Gossip Girl alum smiling smugly from the red carpet sidelines, confident she’d nailed it.

I must confess that I tend to do the same thing to my husband. When he puts on a shirt that I don’t like or jeans that are a strange shade of grey, I stop him at the front door, offering sage advice like, “You can’t wear that.” Which generally leads to an argument and then to me feeling extremely guilty for having tried to be such a shallow and controlling biotch.

He only ever says nice things about my wardrobe choices, so why do I have to greet his with raised eyebrows and a snide comment?

As benign as it sounds, one of the most contentious items in my husband’s wardrobe is a blue Avalanche watch. He loves this accessory and would wear it to a black tie wedding if he could. He likes that it’s an expression of his individualism and sets him apart from the swarms of men sporting chrome timepieces on their wrists. I, on the other hand, can’t stand the thing. I think it looks cheap and childish and much prefer the chrome watch that I bought him a few years ago. (Which, admittedly, he happily dons for fancier occasions.)

But, without fail, every time he wears it, that damn blue watch attracts praise from other dudes. “Great watch,” they coo. “Love the watch, man.” The first time this happened, while attending a dinner party at a friend’s house, there was a subtle, but life-altering, exchange between my husband and I. Despite my efforts to focus on my the platters of appetizers in front of me and pretend that the compliment never happened, I couldn’t help but look up. His lips were stretched into a small “told you so” smile. I replied with a sheepish, “what do I know?” grin.

We never spoke of the watch again. He continues to wear it; I continue to shudder at the sight of it. But it exists in harmony between us now. Every time someone compliments it, I feel a small sense of pride for my husband who stuck to guns and refused to listen to my protestations. If he had sought my approval, he would’ve missed out on that glorious feeling of wearing something that makes you happy.

And in the end, that’s what clothing should do: make you happy. Not your peers or your parents or even your partner. Sorry, Blake Lively.