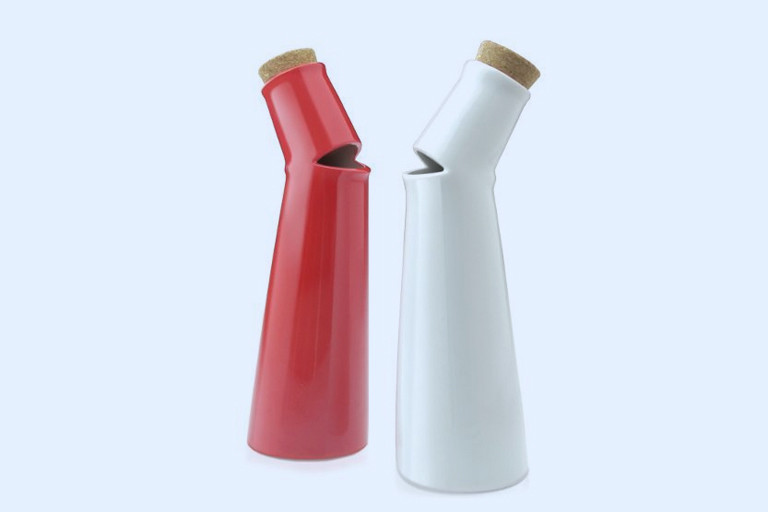 Here in North America, olive oil is beginning to enjoy the appreciation and respect it has had for centuries elsewhere, especially the Mediterranean. We needed nutritional experts and scientists to tell us what folks over there just know in their DNA: olive oil is good for you. Now olive oil connoisseurs are popping up everywhere, educating us in the nuances of the many varieties, opening retail shops specializing in the stuff, and generally singing the praises of “good olive oil.”

Lately I have been exploring “good olive oil.” (I still have a lot to learn — my score on an olive oil quiz put me at the novice level.) Given the opportunity to taste different oils, I can detect the differences, but I wasn’t convinced they mattered much until the day I tasted Dos Cielos extra-virgin olive oil from Spain. Oh my. Now that is definitely good olive oil. I bought myself a gift of a large tin.

When it comes to dressing my salad, I don’t want to pollute my gorgeous olive oil with an astringent vinegar off the supermarket shelf. But really good wine vinegars are hard to find. So, when I discovered that a very nice bottle of wine I received as a gift had gone a bit “off,” instead of pouring it down the sink, I resolved to make my own wine vinegar. A search on the internet garnered plenty of information (though little consensus about procedure). Turns out vinegar is itself the product of a natural partnership: alcohol and Acetobacter, a genus of bacteria also known as the “mother.” The bacteria eat the alcohol and turn it into acetic acid, eventually turning your wine to vinegar.

I plunged ahead, combining the wine with some raw, unfiltered, organic apple cider vinegar (like the label says, it has “the mother”) in a big glass jar. Weeks (maybe months) later, a slimy, gelatinous blob had formed in the liquid — an indication of success! I had managed to make wine vinegar, and a much tastier one than I could buy. I bottled it and started a new batch. I now have numerous vinegar mothers (those slimy blobs); I’d better start sharing them around, like we used to do with sourdough when I was a kid.

For salad dressing: combine your oil and vinegar in a ratio of roughly 3 parts to one, add some Dijon mustard, salt and pepper, maybe a few herbs or minced shallot, and whisk or shake it all together. Yum!