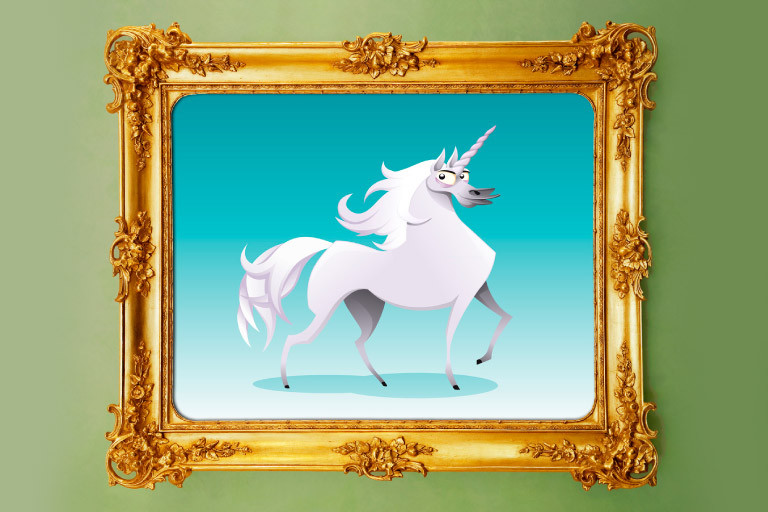 How We Learned To Team Decorate

The first time Leon gave me a tour of his apartment, I noticed a plastic alligator in his bathroom and imagined it would find a respectable mate in my green rubber lizard. When I returned to spend the night, lizard in tow, the reptilian creatures instantly bonded.

This auspicious beginning gave me the illusion that our aesthetic tastes would blend seamlessly when we moved in together.

I should have known better. He proudly displayed his Texas longhorn, Samurai sword, one hundred stone elephants, a framed unicorn poster and glow-in-the-dark pictures of the Eiffel Tower. A plush four-foot tiger and leopard duo even graced his living room (with matching tiger towels in the bathroom). And yet the repercussions of his decorating tastes didn’t sink in until I became a full-time resident in his home.

I assumed that he would be eager to redecorate his bachelor pad and would welcome my more urbane taste. I was moving in with a piano, an imperial Russian porcelain tea set, antique maps of Italy, original Mexican folk art, Kandinsky prints and St. Petersburg cityscapes.

“You must be excited to get rid of this bedroom set,” I said.

“Your beige faux-marble plastic bed frame has matching bedside tables, a set of drawers and a standing closet.”

“What’s wrong with that?”

“Have you seen the little diamonds encrusted on every drawer?” I couldn’t keep my voice from escalating.

“I picked it out myself,” he said, retreating into his fantasy novel.

Then there was the living room pièce de résistance: a wall hanging consisting of a gun, sword and nondescript medieval crest sewn onto a grey Persian-style rug.

When I suggested moving his weightlifting paraphernalia–including seven kettlebells, ranging in weight from 16 to 40 kilograms–to our storage locker to make room for a dining room table, Leon had a better idea: Why not move my piano to the basement instead?

I retaliated with tears, “your-stuff-is-ugly” statements, and an ultimatum that ended with a line I instantly regretted: “I didn’t sign up to live with furry animals and paintings of Paris and seascapes purchased at Costco!”

Compatible in almost every other way, my future husband and I had serious interior decorating issues.

So, I developed a new strategy. Instead of demanding that Leon part with his beloved accoutrements and pointing out every item I fantasized about discarding, I focused my attention on things we both liked. The only non-negotiable items were the glow-in-the-dark pictures of the Eiffel Tower; he handed them over to his parents immediately and without explanation.

The less I attacked his stuff, the more he warmed up to my artwork on the walls and even began offering to replace some of his formerly-cherished items. Don’t get the wrong idea: a Texas longhorn and a coquettish-looking unicorn still hang directly above my computer and a stuffed tiger lies at my feet while I work. Four years into our marriage I still don’t love them, but I’ve learned to smile at them, knowing how happy they make my husband.

As we began traveling together, I detected overlap in our aesthetic tastes. Thinking of our plastic reptiles that continued to cohabitate blissfully in our bathroom equipped me with confidence to begin shopping together. We bought a vase, a lamp, a desk and patio furniture.

Recently, we embarked on our first communal painting purchase and I feared he would gravitate toward another fantastical creature with a sword at its feet. But in the end, it took ten minutes for us to settle on something we both loved. And the best part? The painting bears no relationship to the animal world.