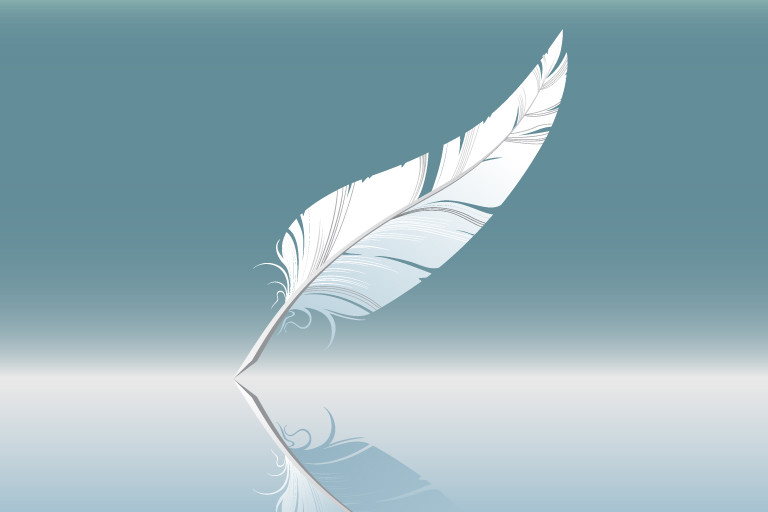 How To Write Your Own Wedding Vows

You’ve planned your wedding down to the smallest detail, except for one teeny, tiny little thing–what are you actually going to say to each other? Many couples ditch the formally scripted I do’s for something a little more personal and reflective of their actual relationship. While there is certainly nothing wrong with repeating the words that have been shared by married couples for centuries, that doesn’t mean you have to follow suit. Adding your own special twist to your vows can bring even more meaning to your big day–if you put a little bit of thought into it.

Follow these five tips to help you craft the most important words you’ll likely ever say to another human being!

1. Be specific. Traditional wedding vows are a little bit vague. If you’re writing your own, be more specific. Alisa Bowman, author of Project Happily Ever After: Saving Your Marriage When the Fairytale Falters, says it’s better to promise something small but achievable. “If you want your vows to be effective and hold you together and keep your marriage strong, you want a few promises you can fulfill every day. For example, say something like ‘If I do something wrong, I will apologize.’ It sounds basic, but it’s often difficult for people to do,” she says. “This doesn’t mean you can’t have broader types of vows also. Think about behaviors you can promise. You want to be your best selves, but what does that mean to you?”

2. Match the tone of your ceremony. Ultimately, the entire day should reflect you as a couple, and this includes your vows. Of course, you may want to run this by your fiancé ahead of time. You don’t want your relatives rolling in the aisle when your spouse spent hours writing something that caused instant waterworks. Although you don’t have to share your exact words with your mate, talk about it ahead of time and agree on a general tone. 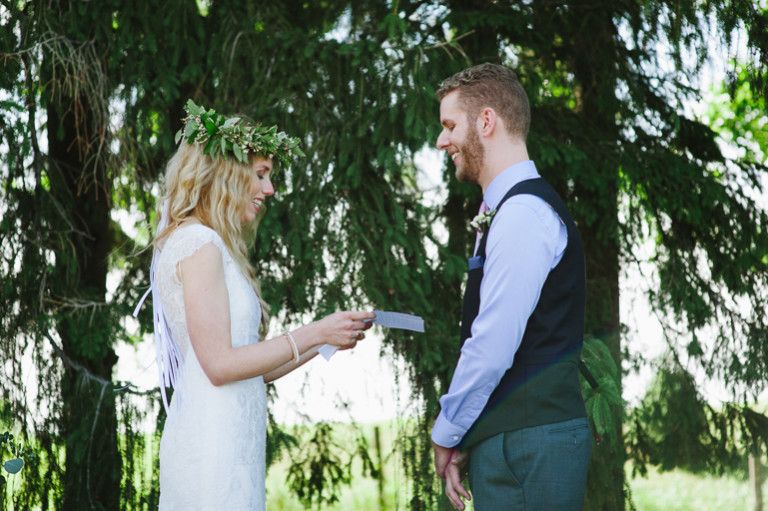 3. Write and revise. Writing anything is a challenge, but trying to come up with the right words to express the depth of your commitment to another person can seem downright impossible. Don’t let it intimidate you. Sean Platt, co-author of Write. Publish. Repeat., says he wrote his own vows in about 20 minutes, and suggests some “prewriting” to get the creative juices flowing. “Set yourself a time limit and see how much you can write in that time,” he says. “The faster you write, the closer you’ll come to your natural voice. Write as much as you can and use that as a rough draft to massage what it is you really want to say.”

4. Don’t worry about what others will think. You’re front and center, vowing a lifetime commitment in front of God and Grandma and everyone in between, so you obviously don’t want to say something too personal or embarrassing. But, for all the input your loved ones may have had on your day, do not let them influence your words to each other. It’s you making this commitment to another person–not Grandma.

“People really worry about what others will think, but this should be the least of your concerns,” Bowman says. “Your vows are for you–keep that goal in mind and the rest will fall into place. Reciting your vows can be a very powerful moment.” The wedding may be a celebration of your love with family and friends, but your marriage and the promises you make are for the two of you. “A lot of people are afraid that they’ll be embarrassed or that people will somehow judge what they say. What you really want to worry about is what your significant other is going to think,” Platt says.

5. Re-visit your vows after the wedding. Don’t toss those vows after the ceremony! Keep your written words in a special place that holds great importance for you. After the first few months of wedded bliss, take them out every so often (on your anniversary, for instance) to see if you are both keeping up your end of the marital bargain!

filed under: advice, bride, grooms, wedding ceremony
< Top 8 Most Overplayed Wedding Songs 6 Things To Do Before Your Bachelorette Party >