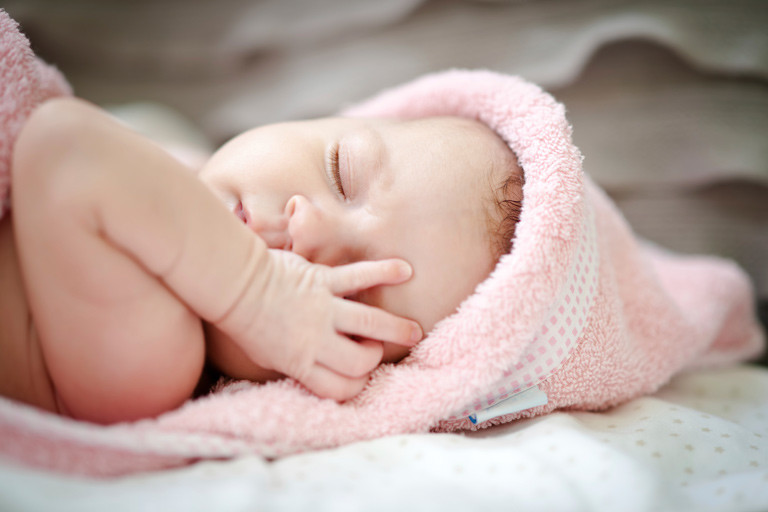 How To Survive Your Baby’s First Year

I have some bad news. That life you’ve grown accustomed to? It’s long-, far-away-, never-to-be-seen-again gone. May it rest in peace. (Which is ironic, because you will not be resting in peace, or any other state, for quite some time.)

All the things that you’ve taken for granted will be things of the past. Sleep, freedom, spare time and… well, those are the big three that cover pretty much all the good things in life. Fortunately, those wonderful things will be replaced by baby giggles and smiles (and baby farts, which for some reason are endlessly entertaining), so at least some bright spots remain on your horizon.

My biggest adjustment, by far, was the change in my sleeping schedule. At the beginning this change meant going from sleeping as long as I wanted, at whatever time I wanted, to not sleeping more than two hours at a time. Even now, with the baby sleeping through the night, I haven’t quite gotten used to going to bed early and getting up early, because it’s just not what my body has been doing for the past decade or so. And it’s not going down without a fight.

When you add the change in sleep schedule to the general tiring nature of awake children you end up with a constant feeling of exhaustion. A feeling that I imagine will be present for the next couple decades. You might want to invest in some of that miracle cream that eliminates dark circles under your eyes. Or just start saving for some major plastic surgery: “A hundred dollars for the kid’s college fund, a hundred dollars for Mommy’s face reconstruction fund.” I’m sure it will be tax-deductible, as soon as there is a woman president.

The loss of freedom will also take you by surprise, even if you thought you were prepared for it. For a few years before I had a child I made a very big effort to maximize my freedom, knowing that it was going to take a hit when a baby came along. I had a countdown clock pushing me to have as much fun and relaxation as possible before it ran out.

Then it ran out.

Even though I had spent years “preparing” for my loss of freedom, it turns out all I was really doing was setting myself up for the loss to be an even bigger hit to my lifestyle. Things went upside down overnight. I remember standing outside a Toys “R” Us one morning with a group of other moms, all of us holding our children and waiting for the store to open. I had already been up for so many hours, and yet this store still wasn’t open. How was this possible? When in the history of me had I ever had occasion to be anywhere early enough to be the first one there? And how sad were all of us moms standing outside tapping on the window, begging them to open so we could buy our diapers and cheap toys?

Things were equally depressing in the nighttime hours. I remember when we were thinking of moving to the suburbs, for a bigger house and a safer neighborhood, and a (childless) friend of mine just shook her head. “You know, it’s nice out there, but there is absolutely no nightlife.”

That was by far the funniest thing I had heard in all my days. The thought that (1) I would be making any choice about anything based on nightlife and (2) I still had a nightlife that didn’t include a night light.

After the baby came our social calendar basically just included holidays, when we were forced by tradition to put the child in a festive outfit and leave the house. Other than that our biggest plans involved the nonstop fun of tummy time and the occasional head cold.

But as my daughter gets older images of my old life fade away and this new life comes more and more into focus. My days haven’t gotten shorter, per se; they have just been filled with a new little person. And her little giggles, laughs, and farts. Instead of watching TV and traveling the world, I now spend my time singing the alphabet and playing with stickers. (So. Many. Stickers.) At least once a day, and usually more, my kid will do something that nearly makes my heart explode because it reminds me how much I love her. She gives standing ovations for the most mundane accomplishments, and gently puts her head against the cat to give it hugs. She passes out kisses with abandon.

In the beginning, when your old life is still only a few weeks or months in the rearview mirror, everything can seem so overwhelmingly different. And it all happens so quickly. I can’t tell you that it gets so much easier and you’ll be back enjoying the nightlife again in no time, because that is probably not going to happen. But I can tell you that your new nightlife, with bath time and story time and bedtime, will eventually feel pretty nice too (mostly because it ends with the child sleeping).

Even though you are probably exhausted at the end of that nighttime routine, try to force yourself to unwind once your little one is down, even if it’s just for a half-hour or so. Turn on the TV or talk to your spouse about something other than your child’s bowel movements. You know, get back to the glamorous parts of life.

Dawn Dais is a mother and author of Sh!t No One Tells You: A Guide To Surviving Your Baby’s First Year from which this article is excerpted.

filed under: baby, pregnancy
< 3 Things New Dads Can Do To Get More Sex Do I Need A Routine For My Baby? >