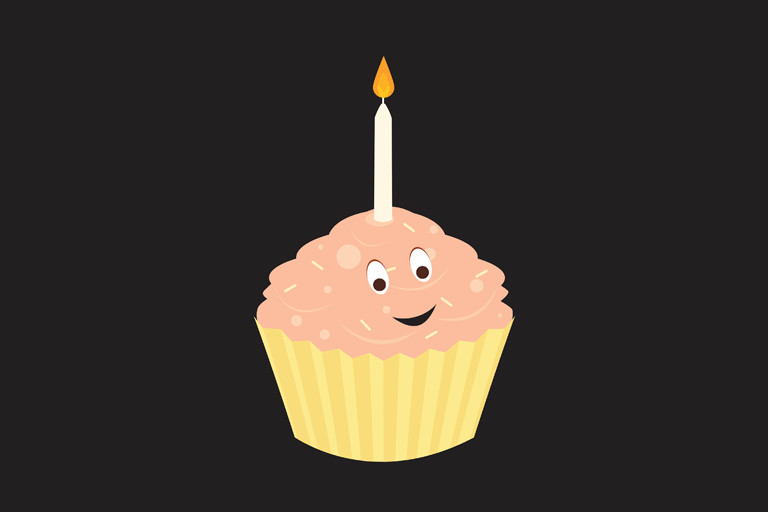 I have always hated my birthday. Even as a kid in primary school, I never liked the annual marker of another year gone without enough to show for it. I hate getting older, it freaks me out. I’ve always been a dark person anyway, and a birthday is just another sinister reminder that more grains of sand have flowed south in that hourglass.

Many people don’t relish their birthday but I have even more justification than most. Mine falls a couple days after New Year’s. Everyone is partied out from the festive season, has eaten and drank too much, and is tapped out financially. I’d like to blame my parents for their poor timing of my conception, but I pumped out one of my kids exactly a week after my birthday so that would be hypocritical.

The real downer about my birthday is that for years and years my husband routinely ignored it. Ok, sure, whenever he asked me how I wanted to celebrate I would say, “I don’t. I don’t want any presents and I don’t want a birthday dinner because I’ve eaten way too much in the last few weeks.” But the fact that he believed me is just another good example of why men are from Mars. As one friend asked incredulously, “He believed you? What an idiot.”

One year my husband actually went out with a friend who was visiting from out-of-town after I assured him I didn’t want to come, and that of course he should go ahead and have a good time. After he left, I locked myself in the bathroom, called my sister and had a good cry. My sister tried to empathize with my situation but also delicately suggested that perhaps I was sending mixed messages. I suggested to her that she must be on crack.

For approximately three weeks after my birthday I would stop talking to my husband and pout. I would shrug when he asked me what was wrong (is he really that thick?). Then, it would all end in a tsunami of tears and weak excuses for my behavior… until my next birthday came along. Rinse and repeat.

But after years of misery, I finally confided in my grandmother. My grandmother always spoke so lovingly of her husband, who died too young a decade before I was born. But apparently he had his blind spots too. He always forgot their anniversary, something that meant something to her. She wanted their anniversary to be special so she let him know weeks in advance and in no uncertain terms how they should celebrate. My grandmother was a pragmatist. She understood the value of being direct even in matters of the heart. Her reward was the precious memories of the anniversaries they enjoyed together.

So after years of being the human version of the Enigma machine (a German invention to encipher and decipher secret messages) I stopped talking in code. If my husband couldn’t read my mind, wasn’t it unfair for me to keep expecting him to? I know what I want, and now he does too. And you know what? The three weeks of every year that could have been devoted to being angry at him and feeling sorry for myself are now much better spent.