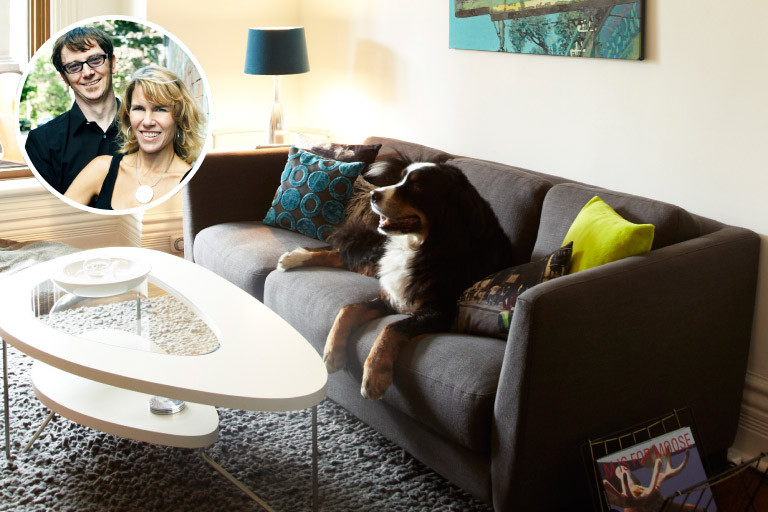 One day, Katrina and Neil were happily biking along when they noticed a “For Sale” sign. It was love at first sight: They bought the house that very day, without even glancing at another. Since then, Katrina, a designer by trade, has infused the 120-year-old home with her quirky mid-century style. And Neil’s still enjoying the ride!

Occupations: Katrina is a designer and runs her own design firm, Red Fred Design. She loves all things mid-century modern. Neil is an engineer who only uses the kitchen as a thoroughfare to get to his Mini in the driveway. 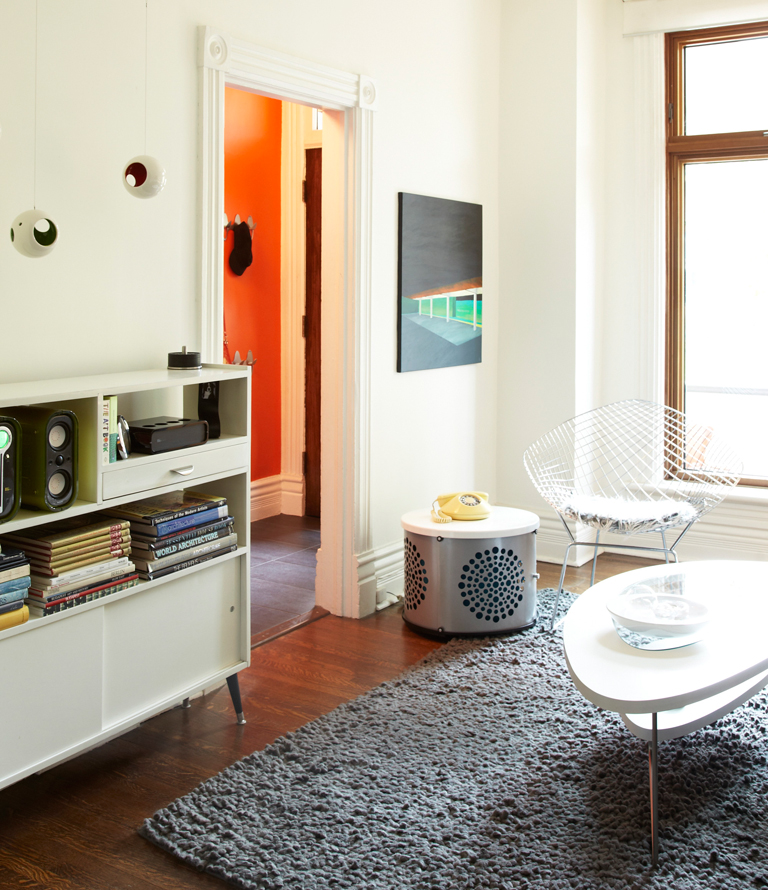 When was the house built?
Katrina says… Way back in 1892.

Got any kids or pets?
Neil says… Chester is our firstborn–he’s a 10-year-old Bernese Mountain Dog. And Fred, our human son. 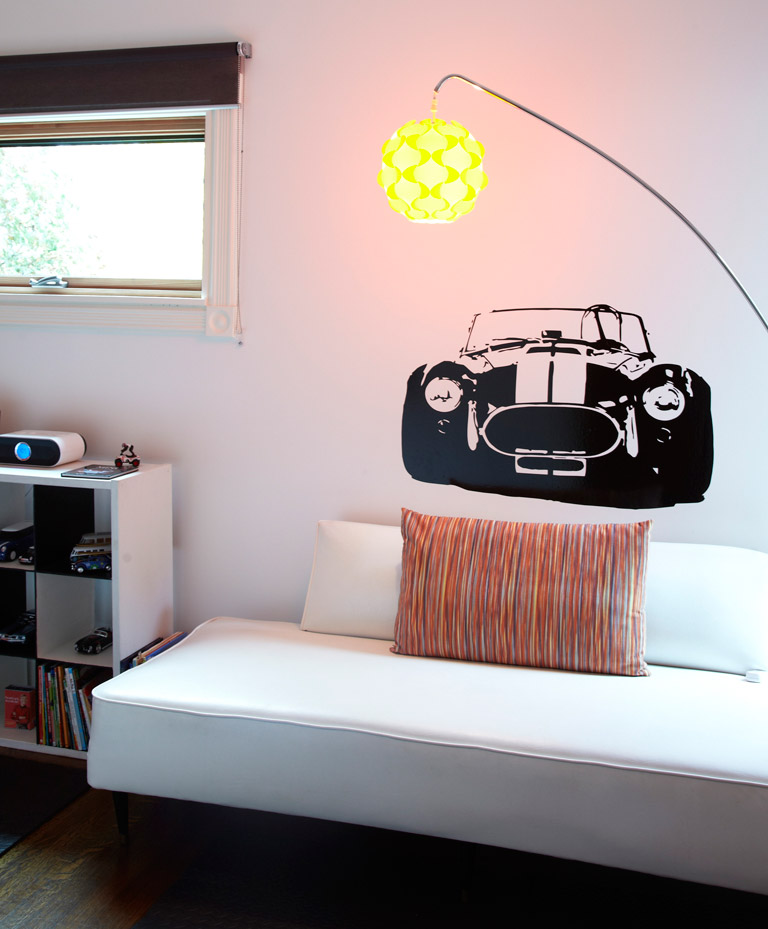 In which room do you spend the most time? Why?
Katrina says… The third floor. It’s my office as well as our family room. It’s light, bright and a great space to be in.
Neil says… The kitchen. I’m responsible for all the cooking, so I can’t really get out of there.

Katrina says… Ummm, that’s some strong sarcasm! The only time Neil is in the kitchen is to eat something I have cooked!

What changes have you made to the house?
Katrina says… Although we have made changes to every room, the front of the house has probably changed the most. We have landscaped, painted, put in a new path, steps and porch skylights. But my absolute favorite improvement is the front door I designed. It is distinctive yet works with the Victorian facade. I also love my laundry room. I almost enjoy doing laundry now! Almost.

Neil says… We also did away with the tiny Victorian closets. 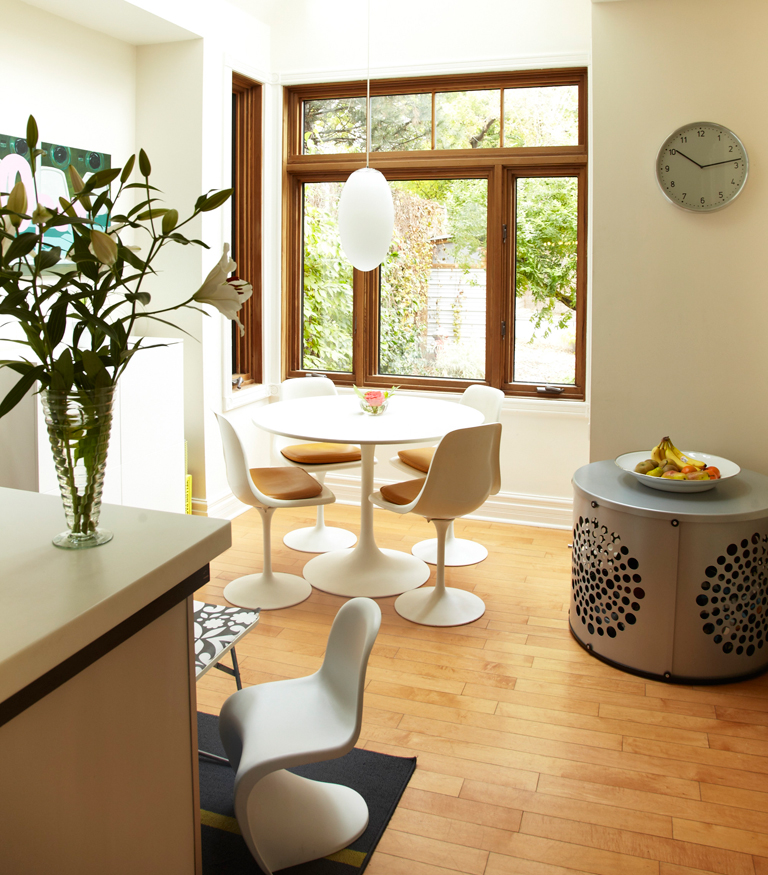 What is your favorite moment and/or object in your home?
Neil says… The barber’s chair from France! It’s definitely the coolest computer chair on the planet.

What influences you? Where do you find inspiration?
Katrina says… I am a big fan of mid-century modern design. Many great designs of today are still influenced by this era. I have a passion for scouring design resources, new and old, for the eclectic and the unusual. 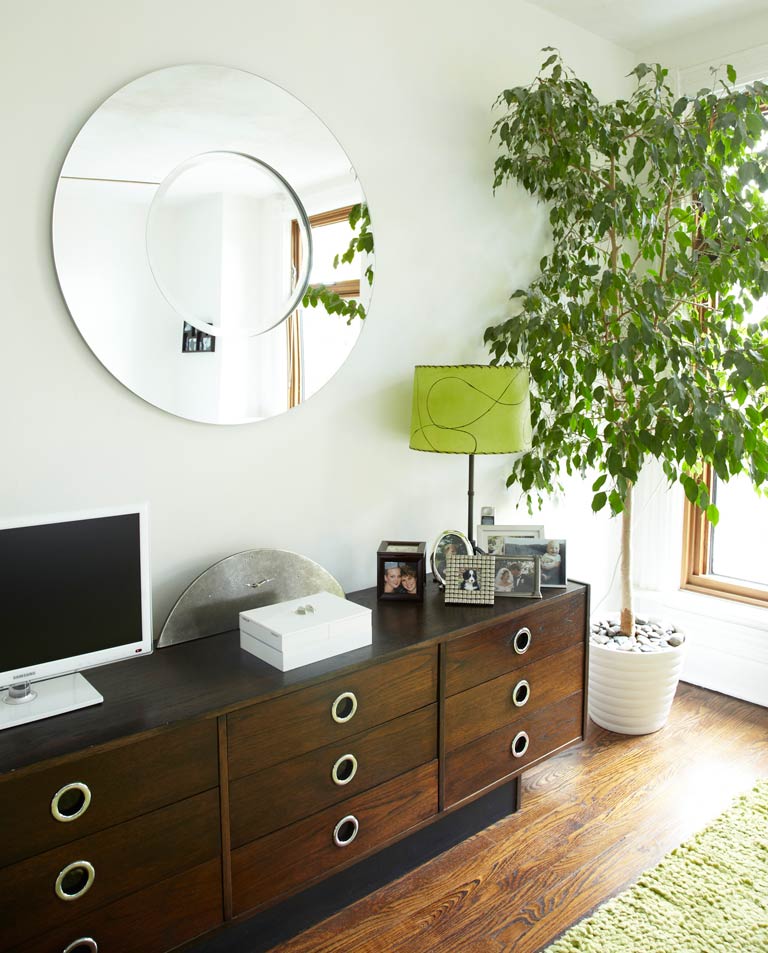 Where is your favorite place to visit?
Katrina says… Berlin. I did a term of architecture school there and was fascinated by the city. It’s edgy, gritty and artistic, while also being modern and cosmopolitan. It is an incredible place to explore and get lost in. Neil and I went back for a visit and we hope to go again soon.

Neil says… The Dizzy Gastro Pub on our main street, just a stone’s throw away from the house. It’s my home away from home. 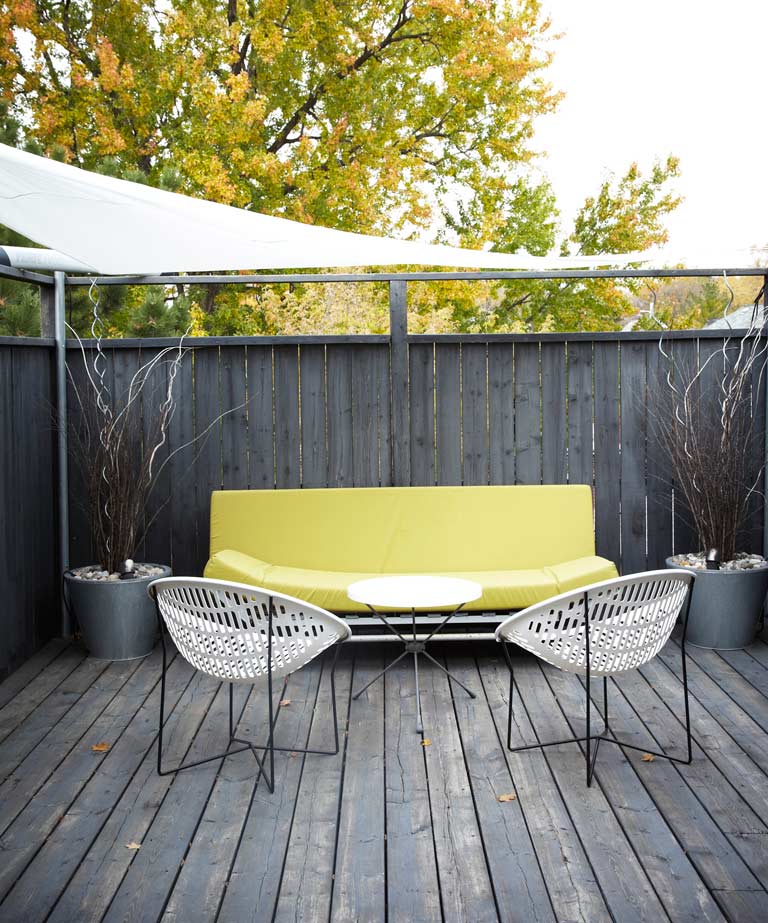 As featured on The Marion House Book, a buzz-worthy blog and collection of stories devoted to interior design, cooking, baking and DIY stuff.